Boxing
News
Author and novelist Norman Mailer's iconic words have been combined with the striking imager of Neil Leifer and Howard L. Bingham
Joey Mills
10:00, 17 May 2022

Some fights are just fights. Wiped away like the blood, sweat and tears that once stained the canvas upon which they were staged. Others are cultural watersheds, moments where the world stands frozen in time as two of its most feted warriors do battle for money, glimmering title belts and sometimes maybe even our very ideals. Then there is ‘The Rumble in the Jungle’.

Muhammad Ali’s eighth round knockout of George Foreman in the heat of Zaire on 30th October 1974 is not just a fight, it’s the fight. Which makes the title of Taschen’s elegant new photo-book documenting the bout apropos. The considerable talents of author and novelist Norman Mailer and photographers Neil Leifer and Howard L. Bingham have combined to bring together The Fight.

The iconic ‘Rumble’ has been documented on film in the Academy Award-winning When We Were Kings, in song via The Fugees’ Rumble in the Jungle and via the written word. These words specifically in fact. The Fight by Norman Mailer was first published in 1975, and is rightly lauded as one of the definitive fight texts of all-time. Mailer’s atmospheric prose, sharp metaphors and deeply personal exploration of Ali, Foreman, boxing and the country of Zaire is present in this edition in all its timeless glory. Only now, this iconic written ode to the sport of professional boxing is accompanied by some of the most striking imagery available. If you think you know the ‘Rumble’, think again.

The first thing that will strike you upon leafing through The Fight is how relevant it all feels. There is a tendency for Ali to feel like a myth, a transcendent figure that could not possibly have existed in our time. Many past Ali tomes have strengthened this view, treating its subject as an unknowable, out-of-reach figure like William Shakespeare or Mahatma Gandhi. While there is nothing wrong with reverence, The Fight works because Ali, Foreman, Don King and the entire supporting cast are made to feel real by vivid, intimate photography. 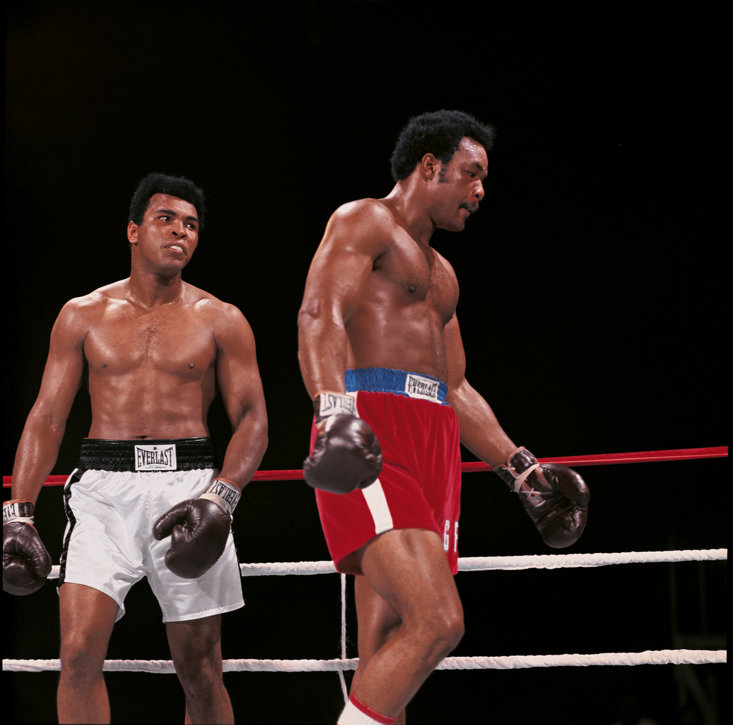 Some of Leifer’s shots in particular capture Ali in a way that sees him feel as present as if Tyson Fury were at the end of the lens. There is a wonderful shot in the book that captures Ali not as a Kissinger-like statesman, a categorisation he softly rails against in Mailer’s text, but as a playfully relaxed boxer-in-control. Leifer photographs Ali from a low angle, staring up at the heavyweight hero under the arena lights. Ali wears a look of humorous faux-shock, a glint in his eye suggesting he’s just met the glance of a friend. It is a superb piece of work, capturing Ali the man rather than Ali the all-powerful ring legend.

Bingham’s work is no less engaging. The Ali confidante and biographer captures one of the more visceral shots of the bout itself. A two-page spread is dedicated to a hair-raising black and white image of our gladiators squaring off. Foreman tiring, but bent on destruction. Ali chiselled, mid-sentence as he verbally cajoles Foreman into battle. Bingham also helps bring the text alive with photographs of Ali and Mailer together. It is a fine accompaniment to the writing to see Mailer alongside Ali, almost formulating his words in front of Bingham’s camera.

No fight in history has been chronicled quite as obsessively and extensively as the ‘Rumble in the Jungle”. The real triumph of The Fight is that it is able to make the reader see those eight magical rounds in Zaire differently. Not many sporting events in history could have bore the weight of such a lavish, beautifully presented book. But Mailer’s words married to Leifer and Bingham’s images will be enough to convince even the most Ali-weary that there’s space in the world for one more word on ‘The Greatest’. If you’ve seen When We Were Kings three-dozen times, and The Fugees have taken up permanent residence in your Spotify Wrapped, give The Fight a go. You won’t know everything about ‘The Rumble in the Jungle’ until you do. 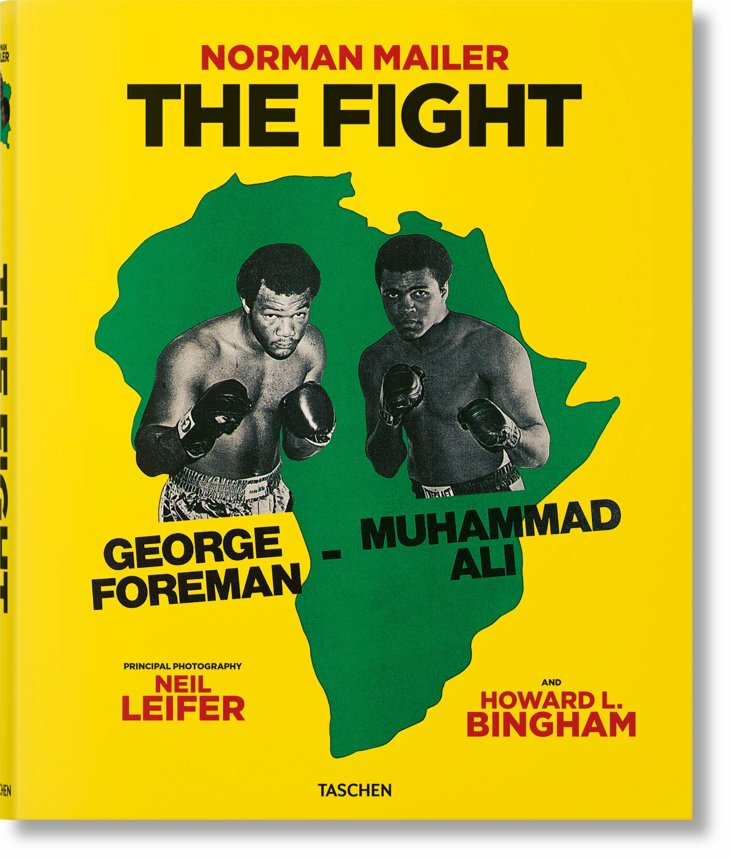