Boxing
News
Don Stradley's excellent book looks back on the life of one of boxing's biggest villains
Jack Porter
09:00, 10 Nov 2020

“To the outside world, Monzón had it all.

“Then his wife shot him.”

Carlos Monzón had an electric life. He was the Shotgun from Santa Fe, who held the undisputed world middleweight championship for an incredible seven years, successfully defending his title 14 times against eleven different boxers. He was even placed on an esteemed list of eight elite fighters by The Ring magazine that featured the likes of Roberto Duran, Sugar Ray Robinson, and Muhammad Ali.

Monzón wouldn’t die from the shooting he sustained on February 28, 1973. It would be a further two decades before he exited this mortal coil. But that hit tells a wider story, a tantalising but tragic tale now recounted in a new book, A Fistful of Murder: The Fights and Crimes of Carlos Monzón.

The publication is the latest release from boxing writer Don Stradley, who earlier this year brought the excellent account of the life and death of lightweight champion Edwin ‘El Dinamita’ Valero in ‘Berserk’.

Stradley tells how Monzón‘s first wife Mercedes beamed her gleaming smile to paparazzi outside the San Miguel hospital, continuing the pretence that the couple had arranged that Monzón had accidentally shot himself while preparing himself to go hunting with his .22-caliber revolver. It didn’t matter that the gun went off - and hit its target - twice. Monzón’s complicated personal life eventually intrinsically affected what a fabulous pugilist the Argentine actually was, fulfilling the complete checklist of the ‘rock n’ roll’ lifestyle that either leads to immortality or ignominy. 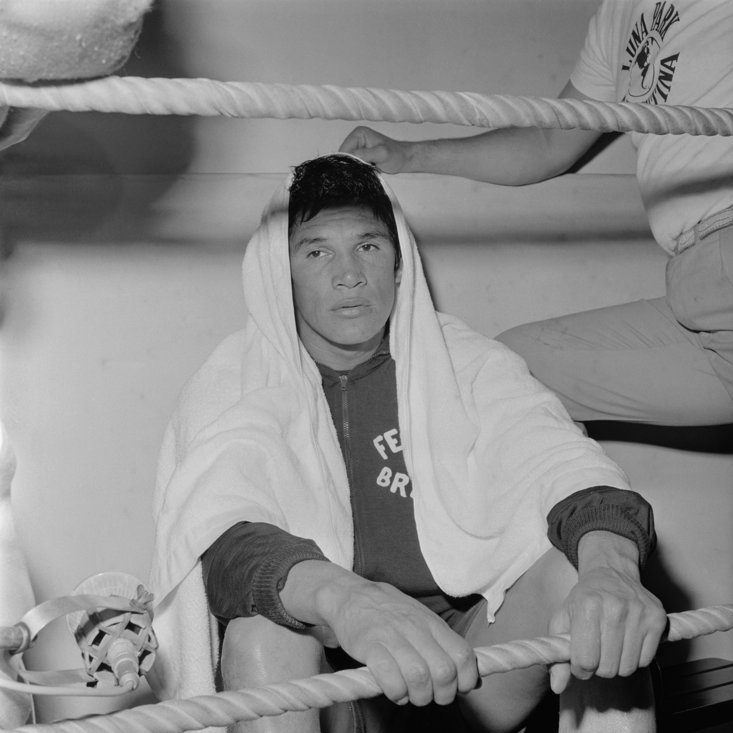 In the ring he faced off against some great fighters including Nino Benvenuti, Bennie Briscoe, Tony Mundine and in ‘El Macho’s Last Ride’, when Monzón engaged in a highly-anticipated rematch with Rodrigo Valdéz in front of Jean-Paul Belmondo, Omar Sharif, and Gerard Depardieu. All were victories.

“If Monzón had hit unimaginable heights during his career, in retirement he was just another hopeless ex-pug”, says Stradley about the man seemingly destined on a one-man collision course, smoking two packs of cigarettes a day and careening his Mercedes-Benz into buses. It would be a car accident that would claim his life, when his car rolled whilst he was on weekend release from serving an 11-year prison sentence for murdering his wife.

“Monzón was Argentina’s Elvis, Babe Ruth, and Ali, all rolled into one sneering package,” writes Stradley. He was a riveting, ruthless fighter, but he was rude, pegunant, and ultimately without redemption. His violence towards his partner Alicia Muñiz eventually led to her death, when he pushed her off a second-floor balcony.

Carlos Monzón’s life was one that could have been defined with an almost unblemished boxing record, but was ultimately overtaken by a completely defaced personality. The only legacy he leaves is that the narrative, told brilliantly in the book, is unfortunately so absorbing.

A Fistful of Murder: The Fights and Crimes of Carlos Monzon by Don Stradley, Hamilcar Noir, £8.99