Football
News
The champions are well off the pace after another home defeat on Wednesday
Simon Lillicrap
10:57, 04 Feb 2021

The champions have well and truly been knocked off their perch. Their first defence of a Premier League title seems all but over already, and with the way they are currently playing even hopes of a top-four finish lie in the balance. Against Brighton at Anfield, not only did they lose a second straight home game for the first time since 2012, but they were outplayed by Graham Potter’s side. So what on earth has gone wrong for Jurgen Klopp’s side?

Trent Alexander-Arnold and Andy Robertson provided so much attacking threat for Klopp’s side last season that teams were often unable to deal with the unrelenting waves of attack. The buccaneering full-backs were the main source of assists for Liverpool last term, but now they seem reduced to floating crosses into the box, which does not play to the strength of their forward line.

Alexander-Arnold has only registered three assists this term compared to the 13 he notched in the last campaign, while his Scottish counterpart is also falling short compared to last season’s total. Liverpool must get their full backs higher up the pitch, and start to find the cutting edge in the middle of the park. Brighton and Burnley were happy to let the ball go wide and then head away crosses all night up against the Red’s forward line, which is lacking in height.

Let’s be honest, Liverpool have been hit harder than most with injuries this term. Virgil van Dijk, Joe Gomez and Joel Matip’s absences have left their defence in dire straits and meant that the men who usually provide thrust to their midfield, Jordan Henderson and Fabinho, have been forced to fill in at centre-back. Automatically this has meant the full-backs are more cautious and these deeper starting positions take away from their attacking impetus.

Elsewhere, Diogo Jota’s injury has drained life from that front three while Naby Keita could’ve provided some midfield spark had he been fit. Who knows how different this Liverpool team would have done if Van Dijk at the very least would have been fit this season. It could’ve been a whole different story.

Thiago Alcantara is one of the finest midfielders on the planet and Liverpool fans were rightly thrilled when he joined the club in the summer transfer window, but he just isn’t providing what the Reds need right now. In defence of the Spaniard, too often he has been forced to play the holding role, one that plainly doesn’t suit him, instead of his natural number six position. But despite the clear talent he has seemed too passive in these home defeats.

A player with sublime control, passing ability and movement should be the one Liverpool look to when trying to unlock a stubborn defence. However, Thiago has played it safe too many times and made it easy for opponents to defend. He is clearly talented, and the return to midfield of Jordan Henderson should unlock his creative potential, but for now it just hasn’t happened for him. 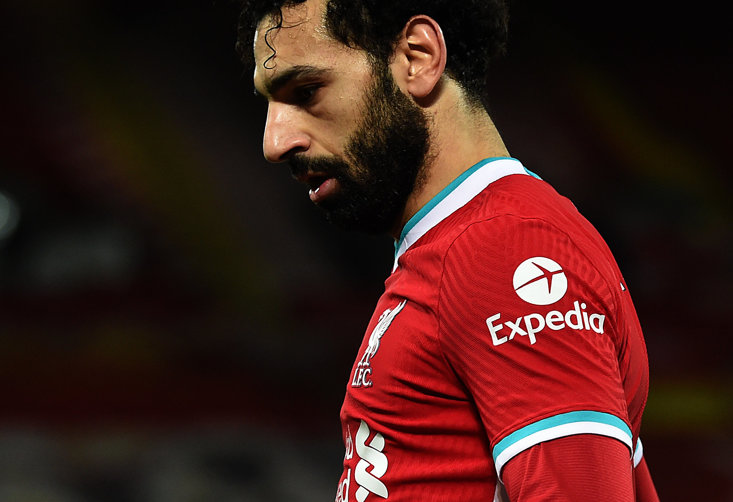 Mo Salah, Sadio Mane and Roberto Firmino. A front three to strike fear into any defence in the world just a few months ago now seems tepid and easy to control. Gone are Mane’s driving runs, and when playing up against a low block Firmino and Salah are struggling to create, instead being stifled out of the game.

On the ‘Egyptian King’, the top scorer in the Premier League this season with 15 goals, it certainly appears Liverpool are more of a one-man show now than ever before, making both them and him easier to contain. By comparison, Mane, the Reds’ second-highest scorer, only has seven to his name this term. The impending return of Diogo Jota should shake things up a bit.

Aura Of Invincibility Is Gone

Liverpool were unbeaten at Anfield in the Premier League for 68 games and nearly four years. During that time, like a visit to Sir Alex Ferguson’s Manchester United at Old Trafford, the opposition’s belief in securing all three points had all but vanished long before kick-off. Now it seems more comparable to David Moyes’ Old Trafford than Fergie’s.

Burnley had banished the aura that Anfield held, making this Liverpool side seem mortal once more. Then Brighton went there with real belief that they could get all three points and outplayed the Reds, laying out a successful blueprint for all other visitors to follow. So often teams are beaten before kick-off, or set out to nick a point against a side like Liverpool, but perhaps that is changing. They are no longer immortal.