Football
News
The Frenzied Fight For Survival: Who Will Join Huddersfield And Fulham In The Championship Next Season?
Jack Kitson
14:43, 04 Apr 2019

The dreaded drop zone has already swallowed up Huddersfield and Fulham meaning there’s one more relegation spot vacant for an unfortunate club, and with six/seven waves of Premier League fixtures left there’s still all to play for in the frenzied fight for survival.

Below we take a look at those clubs in danger of losing their top-flight status...

Will the Bluebirds soar straight back down?

At the time of writing it’s Cardiff City who currently occupy 18th spot, and if Neil Warnock’s men aren’t careful their fate could soon be sealed.

The Bluebirds were desperately unlucky not to secure the win, or even a point, in that controversial 2-1 defeat to Chelsea last weekend, which was followed by a 2-0 loss to Man City on Wednesday night.

Five defeats in six means that the Welsh outfit are now a sizeable five points adrift of Burnley (17th) with whom they face in a titanic six-pointer a week Saturday, followed by another relegation-threatened side in Brighton.

A failure to grab the spoils in either game means Cardiff are pretty much doomed - they face Liverpool and Man Utd in two of their final four games, while their clash against Crystal Palace on the penultimate weekend is one to keep an eye on (if they still have a chance of staying up).

Another point worth noting is Cardiff’s goal difference is a look-away-now -33, significantly worse than any of the other clubs fighting for survival.

The immediate three teams dangling dangerously above the relegation zone are all locked on 33 points, albeit Burnley (17th) have played a game more than both Southampton (16th) and Brighton (15th). The Clarets travel down to the south coast on Saturday, where they face Bournemouth, ahead of that aforementioned crunch clash at home to Cardiff.

It’s fair to say that Burnley need to pick up points fast as their final four matches are against Chelsea, Man City, Everton, and Arsenal...yikes. Boss Sean Dyche has of course suffered relegation with Burnley before. 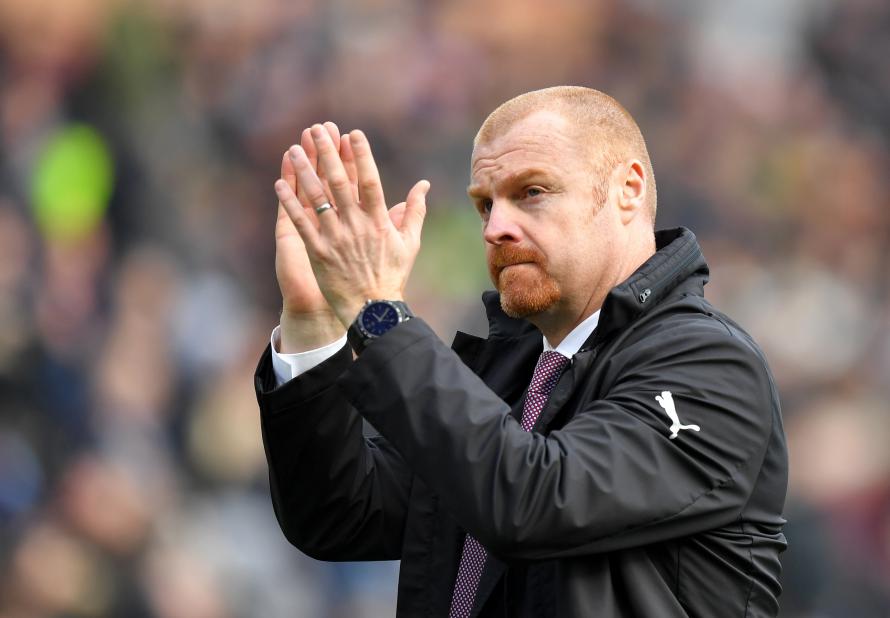 This is the second successive season that the south coast has three representatives in the top-flight, but could the trio soon become a duo?

Of all the teams in contention for the drop it’s the Saints who are shining brightest at the moment having accumulated three wins from their last four games, including that pivotal victory over Brighton last weekend.

The Saints now have chance to significantly boost their position and simultaneously puncture Liverpool’s title hopes when the teams meet Friday. That game aside Ralph Hasenhuttl’s troops can look forward to a favourable run-in during which they play Wolves, Newcastle, Watford, West Ham, and Huddersfield.

64 miles to the east you’ll find Brighton who have only two wins to their name in 2019. Like the Saints they still have seven games left on the schedule, the next two of which are massive: Bournemouth and Cardiff, both at home. Trips to Wolves and Spurs follow, then Newcastle at the AMEX, then a couple of daunting matches against Arsenal and Man City.

Further afield - in the table - are Bournemouth on 38 points, that’s 10 points above the bottom-3 and five ahead of the above duo, although they’ve played a game more. A sizeable gap you’d think, however the Cherries aren’t exactly overflowing with confidence, having registered only one win from eight since that stunning 4-0 thrashing of Chelsea. Although Eddie Howe’s men have every chance of picking up points in April where they play Burnley, Brighton, Fulham, and the Saints.

Who else is in trouble?

Crystal Palace (13th) and Newcastle (14th) are on 36 and 35 points respectively, while the former’s -5 goal difference is far superior to any other team in the bottom eight. The teams lock horns on Saturday, and if the game produces a winner then that side will go a long way to securing their safety this season.

The Eagles then face Man City, Arsenal, and Everton on the spin, ahead of games against Cardiff - could potentially be huge - and Bournemouth on the last weekend.

Newcastle managed to secure a 10th place finish last season, and while a repeat appears unlikely this term, Rafa Benitez will be confident of a comfortable position in the table with the Spaniard’s former side Liverpool the only top-6 side they face. The real question is: will he still be at the Toon next season?

In truth, it's not looking good for Cardiff. They are five points adrift with six games to go. A lot could depend on the outcome of their next clash against Burnley at Turf Moore on Saturday 13th April, although if the Clarets beat Bournemouth this weekend they will move eight points clear of the Bluebirds.