Football
News
The talismanic trio are nowhere near finished when it comes to delivering on the biggest stages
Conor Keane
14:00, 24 May 2021

As the 2020-21 season drew to a close across Europe on Saturday, in classic football fashion, history was made. It has been known for quite a long time that Robert Lewandowski, Luis Suárez and Sergio Agüero have been some of the greats of the beautiful game. For the last decade, these three strikers have emerged, captivated, mesmerised and entertained the world with their sheer talent.

None of them have ever been shy of special goals and huge moments and, as they showed once again this weekend, they are nowhere near finished in delivering on the biggest stages. This is what happened.

The 32-year-old was famously called ‘Robert Lewangoalski’ by Bayern Munich teammate Thomas Müller, and quite rightly so. The Polish international has always been renowned for his goalscoring prowess. After an outstanding contribution of 34 goals in the Bundesliga in 2019-20, the question everyone was asking was surely he couldn’t do it again?

As always, Lewandowski strived to better himself. He has always been gifted with the ball at his feet to be clinical in crucial moments but it is his spatial awareness that has propelled his goal tallies over the years. Truly a defender’s nightmare, given any ounce of space and he would punish sides and that is exactly what he has done this season to propel him to new heights and to break a 49-year-old record. 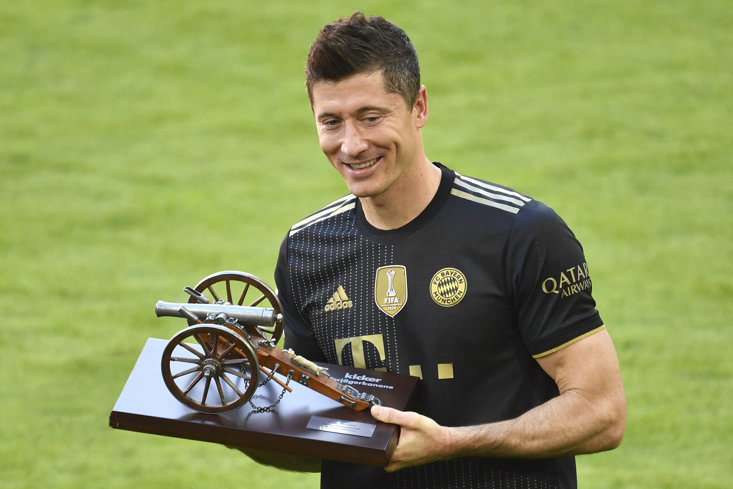 After poaching a goal in the dying seconds of Bayern’s 5-2 victory over Augsburg, he broke the Bundesliga goal-scoring record in a single season by grabbing his 41st of the season and displacing Gerd Müller. The Poland forward is second on the all-time scorers list in the Bundesliga with 277 goals, behind Müller’s 365.

The goal appeared never to come with Lewandowksi having spurned a number of chances in the game. Yet, when it came, he could not have asked for an easier chance to score after Rafał Gikiewicz spilled Leroy Sané’s effort, gifting him the opportunity to round the keeper and score the historic goal.

The Uruguayan has always been a tremendous threat in front of goal and on Saturday he scored one of the most important goals of his career. Deemed disposable by Barcelona last summer, the former Liverpool man was shipped off to Atlético Madrid who welcomed him with open arms. They knew a player of his quality would guarantee goals, something which they have lacked in recent years. Suárez’s arrival instantly raised the hopes of the club and its supporters.

In a dramatic final day in La Liga, with Atlético in the driving seat for the title, they found themselves a goal down in the opening 20 minutes away at Valladolid. Luckily, their rivals Real Madrid were having the exact same problem at home to Villarreal. Ángel Correa was able to draw Atlético level early in the second-half and it then seemed that they would go on to win and secure the title.

Suárez’s moment of glory came 10 minutes later when a self-destruct back-pass played him perfectly through and the 34-year-old made no mistake in firing past the goalkeeper, bringing his tally for the season to 21 and securing Atlético’s first La Liga title since 2014. 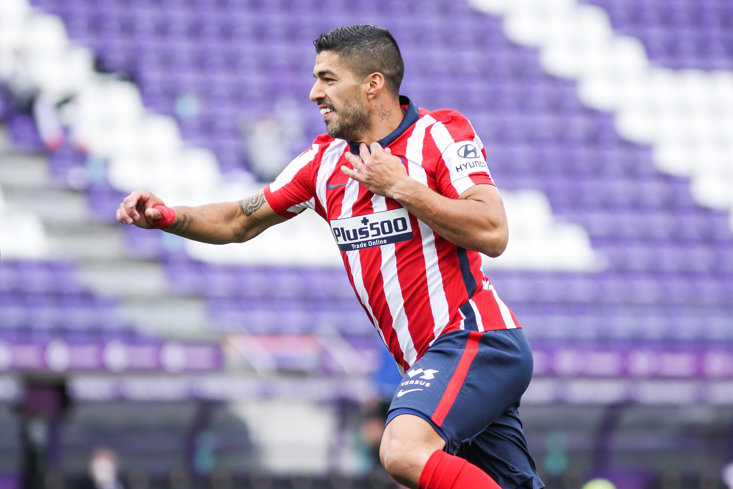 Overwhelmed after the game, Suárez was seen teary on the phone to his family after being exiled by Barcelona, implying his best days were long gone. He now sits with another winner’s medal for his collection. Another great from this cohort of centre-forwards, the Uruguayan has performed on every stage he has been able to showcase his abilities.

The Argentinian bid an emotional farewell to the Etihad Stadium and Manchester City on Saturday and thankfully with fans in attendance. His 10-year-long stay in Manchester came to an end but he signed off in true Sergio Agüero fashion. Although he started the game on the bench, he was given a fitting and well-earned guard of honour.

When he was introduced in the second-half it took only six minutes for him to get on the scoresheet, before scoring a second five minutes after that. In doing so, the 32-year-old broke another record. He currently has the most Premier League hat-tricks with 12 – how poetic would it have been if he made it 13 off the bench in his final game?

His second goal of the game was so crucial because it made him the record holder for most Premier League goals for a single club. He finishes with 184 for City, pulling one ahead of Wayne Rooney’s tally for rivals Manchester United.

A player who regularly delivered goals and outstanding performances in the Premier League, he will be a loss to the entire league as well as City. It would be beautiful if his time in Manchester ends with a Champions League winner’s medal in Porto.

Agüero would then have matched up with Lewandowski and Suárez who have both won the competition in the past. Nonetheless, all three of these forwards will go down as greats of the sport and fans have been truly blessed to witness their talent at the same time.