The Aston Martin V12 Speedster is the closest thing you will get to a fighter jet on the road. Fact. The V stands for visceral, because this is the most physically emotional and profound drive you will ever have in a car.

The V12 has no glass. We repeat. The V12 has go glass. So grab yourself the best headgear money can buy and get ready for the drive of your life. Powered by a 5.2-liter twin-turbo V12, this roofless beast pumps out 700 hp, and 555 lbs of torque. Power surges to the rear wheels thanks to a ZF eight-speed automatic, allowing this car to hit 62 mph in 3.5 seconds and reach a top speed of 186 mph. 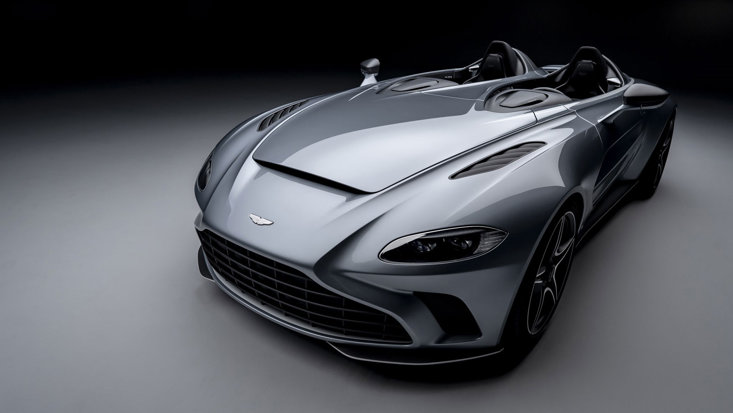 The platform itself is made by combining elements of the DBS Superleggera and Vantage, and it’s home to 21-inch forged, centre-locking wheels, huge carbon ceramic brakes and adaptive dampers. And because it’s an Aston Martin, you know it looks the business too.

The body is made almost entirely from carbon fibre. And the absolutely stunning inside is inspired by fighter jets. That’s fighter jets with no glass, to be more accurate. It’s separated into two distinct cockpit areas by a perfectly curved slice of carbon fibre that still allows for interaction between driver and passenger. Honestly, carbon fibre has never looked so good. 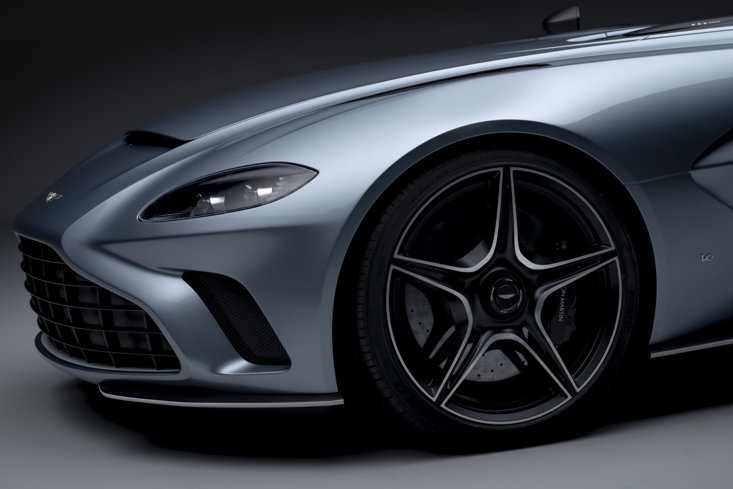 The car’s Skyfall Silver colour scheme is inspired specifically by the F/A-18 fighter jet, and combines beautifully with contrasting satin black on the exhaust tips, vent grilles and vanes.

And here’s an extra bonus, sitting in the cockpit you will be able to hear the V12’s magnificent roar much better than on any other Aston Martin, thanks to the development of an especially loud stainless steel exhaust system. And the lack of glass. That will help too.

Miles Nurnberger, director of design at Aston Martin, had this to say about the design’s inspiration in a statement, “There’s clear lineage from the 1959 Le Mans winning DBR1 to our Centenary celebratory CC100 Speedster Concept in 2013. 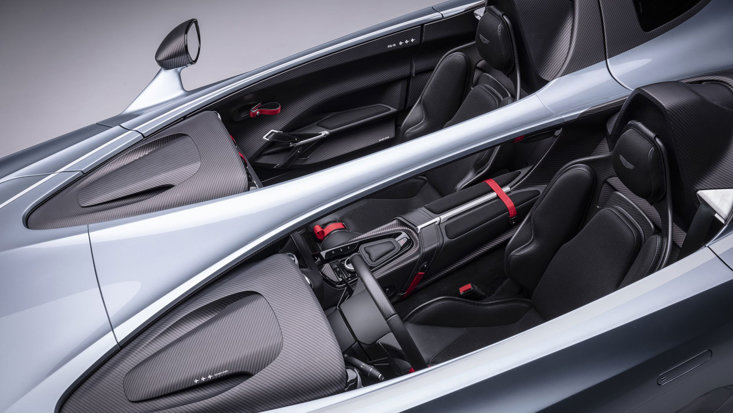 “There is also a bit of 1953 DB3S in the mid-section, so it really is our latest incarnation of the Speedster concept. It’s also inspired by fighter jets as much as it is by our history, and it has been created to deliver an incredibly visceral experience, hence why it is a V12, rather than a V8.”

Aston Martin says its order books are open now for the V12 Speedster, so it’s not completely sold out yet. Deliveries are slated to begin in the first quarter of 2021. All 88 cars will be hand-built and made to the spec you desire, at a starting price of £740,000. 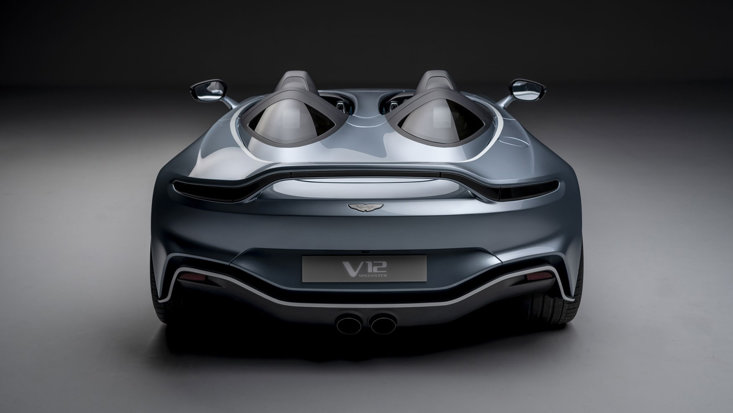