Football
News
The Toffees need to make the most of their remaining five home games in their survival battle
Conor Keane
16:10, 07 Apr 2022

Everton Football Club is in freefall, and a club that was once regarded as one of English football’s elite is now nothing but a shadow of what it used to be. After imploding once again in the crucial Premier League clash against Burnley on Wednesday to record their seventh straight defeat on the road, it seems the only thing going for them now is the fact they have five matches still to play at Goodison Park.

Goodison is a ground steeped in history, even if recent standards haven’t lived up to what has been on offer through the stadium’s 130-year history. Everton have been actively seeking a new home for years to help reinvigorate the club, and plans have been approved for a magnificent structure at Bramley-Moore Dock which is set to open in 2024-25. While the concept of a multi-million pound state-of-the-art home for a club with so little recent success might seem somewhat farcical, that is the least of their concerns right now.

Their capitulation at Turf Moor seemed inevitable, and for all the misery this campaign has caused the supporters, very few will be surprised at the position their club is in. 1995 was the last time they lifted any piece of silverware, and since then they have clung on to their glory from yesteryear. 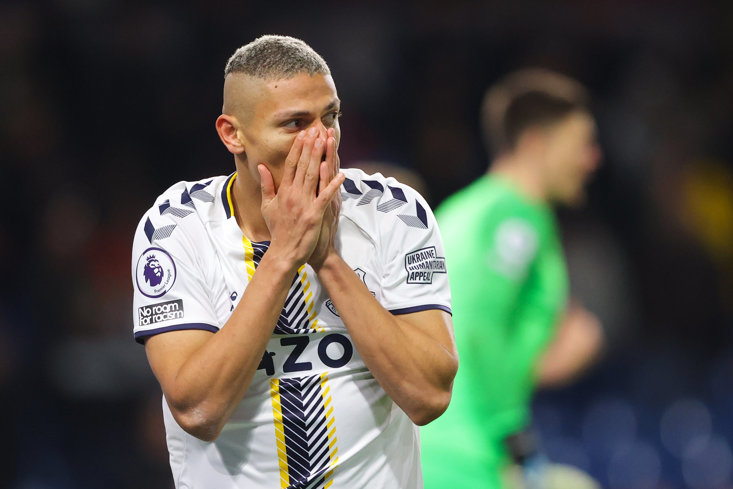 Frank Lampard only seemed to realise the gravity of the survival mission once he had taken up the job, and while his tactics haven’t been the best, he has been let down time and again by his players. There are reports that the club could make a desperate decision to fire the former England midfielder, but the board would simply be saving their skins in making such a move. A manager can run through most things to prepare his side in the best possible way but he cannot account for individual errors such as Ben Godfrey’s crucial mistake which led to Maxwel Cornet’s winner in Wednesday’s 3-2 reverse.

Lampard has questioned the players’ ability (who hasn’t?) and also their character, but none of his strong words have led to an improvement in their performances or helped them find any consistency, at least not in a positive sense. Four wins from 12 in all competitions under Lampard is simply not good enough, but we know he doesn’t have a lot to work with.

The former Chelsea boss seems to have run out of ideas. Fans are split on the manager’s ability to arrest the slide, even though this continued dismal run is far from all his fault. He has inherited years of bad recruitment and a raft of toxic problems that run deep within the club, not just on the pitch. January additions such as Donny van de Beek and Dele Alli have so far offered nothing but more problems for the club’s accounts, with losses over the last three years amounting to £372 million, according to the Daily Mail. These frightening figures will only look worse if they are relegated to the Championship and lose out on Premier League TV revenues.

Their fixture run-in, in comparison to the Clarets, is a lot less favourable. They still have to face Chelsea, Liverpool and Arsenal, with all three having much to play for as well. Right now Lampard needs to just move on from complaining about the uncontrollables. He has gone on about fixture schedules when that is simply inconsequential in the grand scheme of things for his team. He needs to just discover a shape that will help his side to be organised and resolute defensively, while in a position to pick opponents off on the counter-attack. 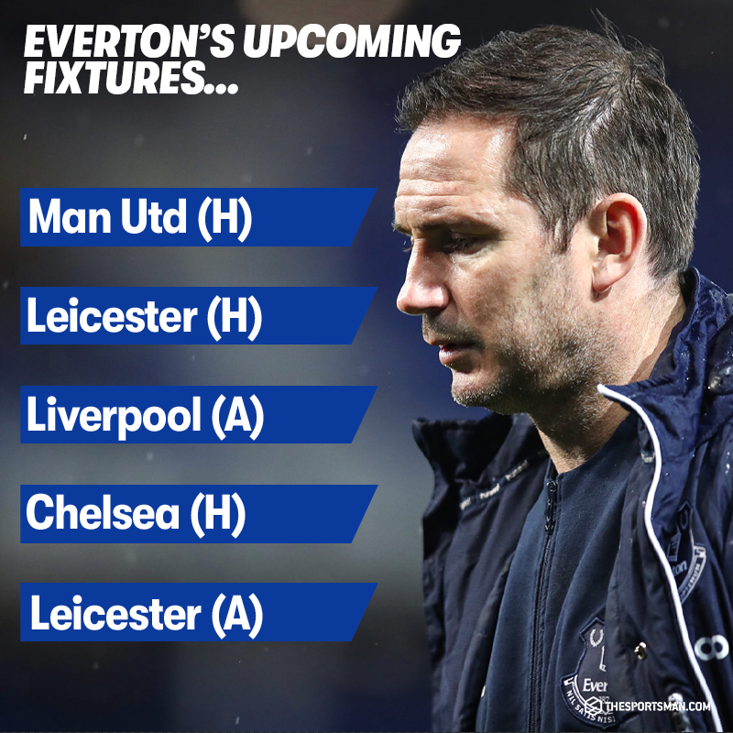 It may be a tired old ground, but Goodison is Everton’s last hope of remaining in the Premier League. Five of their last nine matches are at home and Lampard and the players need to somehow come together and make their once-proud stadium a fortress for their gargantuan run-in. Current form suggests points on the road will be sparse, so the Toffees would be better off figuring out how they can utilise the final ace up their sleeve.

The fans need to create the most hostile atmosphere for those teams that make the trip up to the north side of Stanley Park in the final weeks. They may be sick of what the club has become, the players and the coaching staff, but deep down they know the devastating toll of relegation. The regression has been clear for all to see and the fans have been helpless in seeing their beloved Everton suffer such hardship but they know that they will need to be the ‘12th man’ more than ever.

The team were able to dig deep and find a route to victory against Newcastle United with just 10 men at Goodison last month - they need to find that level of performance and spirit to help them in the final stretch. The supporters, the manager and the players need to work together collectively over their remaining home games to help galvanise one another and get Everton over the line.

Regardless of the outcome for Everton, there will still be misery among the fan base given the questions they have over owner Farhad Moshiri. The time has come for the British-Iranian entrepreneur to face the music for bad investments, bad managerial appointments and the staggering £372m worth of losses over the last three seasons.

EVERTON 11/10 TO BE RELEGATED WITH BETFRED*