Us Sports
News
AEW are in the news again after an eventful joint super-show with New Japan
Joey Mills
07:00, 28 Jun 2022

AEW kicked open the Forbidden Door this past Sunday, and a lot of newsworthy happenings fell out. There were exciting debuts, champions crowned and even a look into the future for one of wrestling’s most enduring cult brands. Here are some takeaways from AEW’s joint supershow with New Japan Wrestling.

Former WWE superstar Cesaro debuted at Forbidden Door, beating Zack Sabre Jr in a technical masterpiece. Performing under his birth name, Claudio Castagnoli, the ‘Swiss Superman’ was introduced as Bryan Danielson’s hand-picked mystery opponent for Sabre Jr. ‘American Dragon’ had withdrawn from his scheduled match with the Brit through injury before nominating the debutant as his replacement.

Castagnoli will join Danielson in the Blackpool Combat Club faction, along with Jon Moxley, Wheeler Yuta and William Regal. The 41-year-old will line up alongside Moxley and Yuta, as well as Eddie Kingston, Santana and Ortiz to take on Chris Jericho, Sammy Guevara, Matt Menard, Angelo Parker, Jake Hager and Daniel Garcia this Wednesday on AEW Dynamite. The bout will be fought under Blood & Guts rules, the AEW equivalent of the War Games cage match popularised by NWA/WCW in the 80s and 90s.

A lot of talent woke up on Monday morning with newly-won title belts around their waists. Probably not literally, that would be weird. But a number of new champions were crowned at Forbidden Door.

The main event saw Jon Moxley overcome Japanese icon Hiroshi Tanahashi to claim the interim AEW championship. The title has been established due to current AEW champion CM Punk being sidelined through injury. Moxley’s win was the culmination of a tournament that took place in both America and Japan to crown a new titleist. ‘Mox’ is expected to defend the title as the company’s de facto world champion until Punk returns, at which point an undisputed title match looks likely. 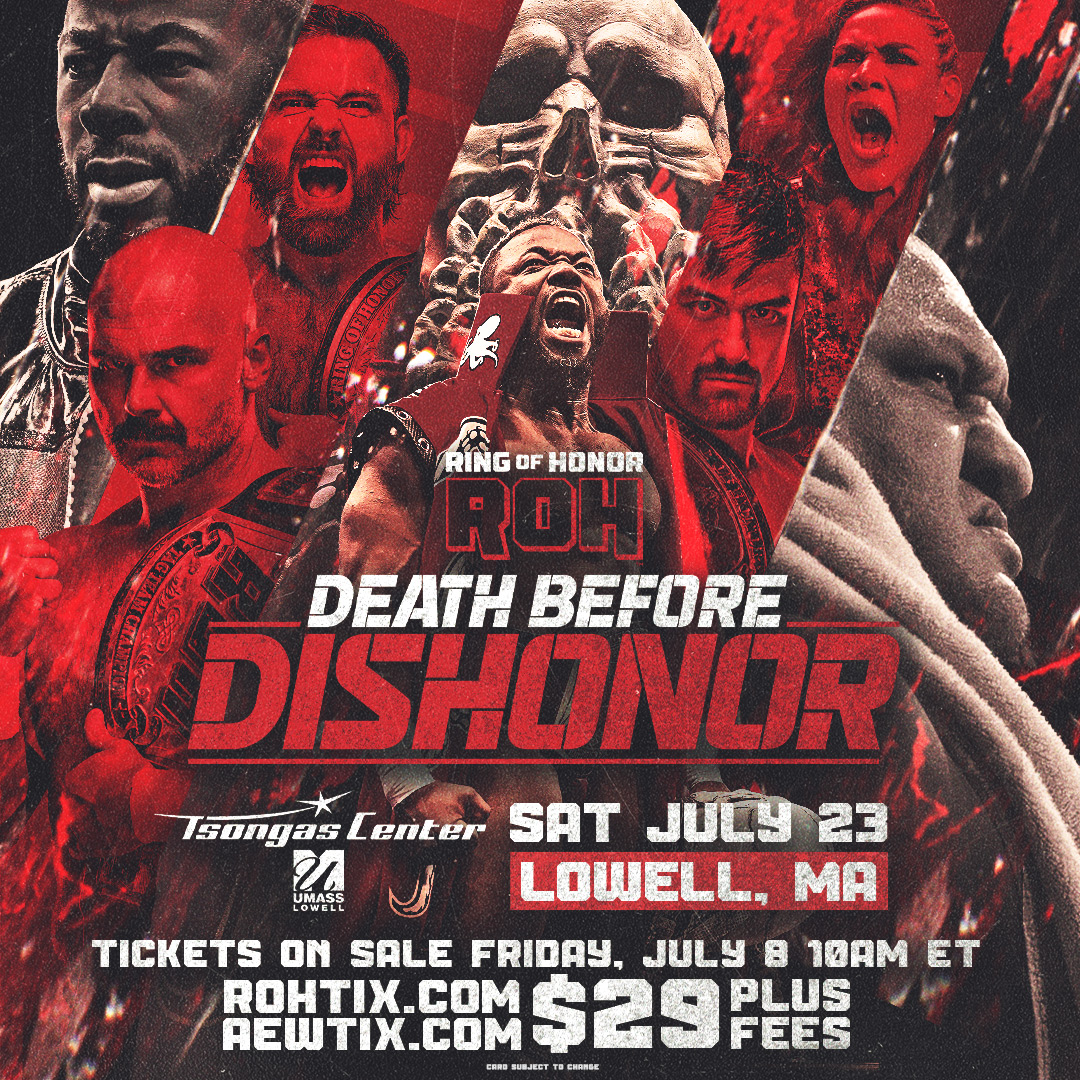 Ring of Honor Returns To PPV

AEW owner Tony Khan bought influential independent promotion Ring of Honor in March. Apart from the fulfilment of Supercard of Honor in April, an event already scheduled before the takeover, the ROH IP has mainly been kept alive through collaboration with AEW. ROH titles and wrestlers have appeared across the existing slate of shows such as Dynamite and Rampage.

However, after Forbidden Door Khan announced during a post-show media scrum that the first show under his full control is scheduled for next month. Death Before Dishonor will emanate from the Tsongas Center in Lowell, Massachusetts. Advertising for the card features ROH champion Jonathan Gresham, ROH Television champion Samoa Joe and unified tag team champions FTR. The Grap Wrap will have updates on the cards as more details are announced.