Us Sports
News
Everything you need to know about professional wrestling this week
Joey Mills
11:00, 23 Aug 2022

‘Johnny Wrestling’ returns, AEW give away a huge main event on free television, and a ‘Rated R’ retirement tease.

Johnny Gargano returned to the company on Monday Night Raw this week. The 35-year-old had chosen not to renew his contract when it expired in December 2021. The former NXT champion has not wrestled since, despite much speculation he would end up in AEW or Impact Wrestling.

Triple H taking over as WWE’s creative lead appears to have altered his plans. Gargano was a main event star during Triple H’s run in charge of NXT and it appears he has convinced one of his favoured former charges to return.

Gargano appeared in a segment alongside Theory, who was part of The Way stable with him in NXT. The angle was intended to plant the seeds for a feud between the two. The face-off is interesting, as Theory is a wrestler who deposed WWE chairman Vince McMahon saw as a major player going forward. By contrast, Gargano has always been one of Triple H’s choices for superstardom. The pair squaring off feels like a battle between the two booking philosophies of the McMahon family.

It’s Wednesday and you know what that means. AEW Dynamite will play host to the biggest free TV match of the year this week, as AEW champion CM Punk takes on AEW interim champion Jon Moxley.

Punk captured his championship in May, defeating ‘Hangman’ Adam Page. But the Chicago native had to step away five days later due to injuries. Rather than vacate the title, AEW took an unusual route for professional wrestling. Taking a leaf from the UFC’s book, the company crowned an interim champion. Moxley claimed that vacant crown against New Japan Pro Wrestling’s Hiroshi Tanahashi at Forbidden Door.

After several physical confrontations on the last episode of AEW Dynamite, the decision was made to stage the match for the unified title on this week’s episode. It is a bold move for the company. Moxley vs Punk is one of the biggest matches they can present and putting it on a week and a half before their All Out pay-per-view in Punk’s hometown of Chicago is bold to say the least. 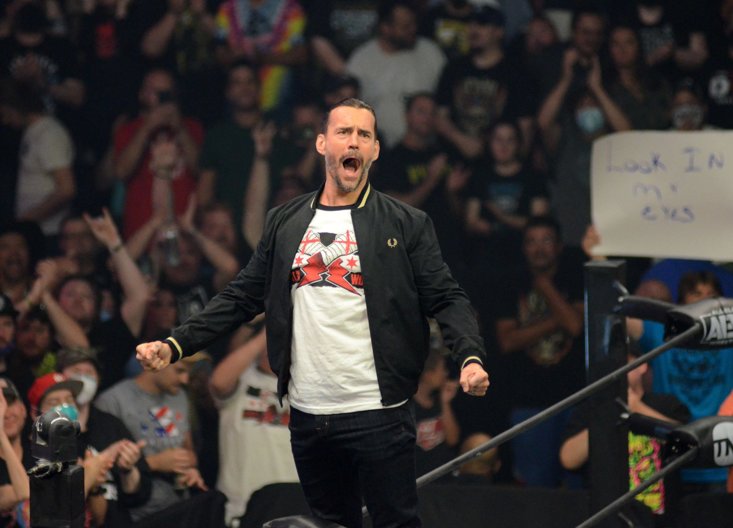 Edge appeared to set a date for his retirement from the ring after Raw went off the air in Toronto on Monday. Speaking to the live crowd in his home state, Edge said “I'm looking at the calendar, and we usually come here in August. So next August, I plan on seeing each and every one of you. And in a perfect world, we all say goodbye to each other that night."

‘The Rated R Superstar’ appears to be giving himself one more year of WWE competition before stepping away for good. The 48-year-old is in the midst of one of wrestling’s most successful comebacks. After retiring in 2010 due to a neck injury, the former WWE champion shocked the world when he returned at the Royal Rumble in 2020. He has enjoyed a stunning second career since, including headlining WrestleMania 37 in a superb triple threat match with Daniel Bryan and Roman Reigns.

If Edge really does walk away, it sounds like it will be a fairytale ending. To conclude this wonderful comeback story with a big match in front of a Toronto crowd is the ending Edge truly deserves, especially after his 2010 retirement was forced upon him by injury.