The King Of Sports comes to the UK, a fiendish possible return and WWE’s Cardiff card gets a blockbuster addition. It’s all going on right here in The Grap Wrap.

New Japan Returns To The UK

New Japan Pro Wrestling will stage two shows at London’s Crystal Palace Indoor Arena on 1st and 2nd October. The events are being billed as Royal Quest II and mark the first full-scale shows from the King Of Sports on these shores since 2019.

The Japanese group last visited England for the inaugural Royal Quest event at the Copper Box Arena. That card was headlined by a stunning IWGP title clash between Kazuchika Okada and Minoru Suzuki. At the close of that contest, Okada vowed to keep the title until NJPW returned to London. The unexpected disruption of the pandemic has kept the company, and Okada, away longer than either would have liked.

The IWGP World Heavyweight Championship now resides with ‘Switchblade’ Jay White. Perhaps Okada will be given a chance to fulfil his wish of lifting the championship again on British soil.

Further announcements will follow as the card for Royal Quest II takes shape. The Grap Wrap will update you as matches are announced for this mammoth event.

Fiending For A Comeback

The Bray Wyatt rumours continue to swirl, as The Fiend’s possible return to WWE TV is hinted at on-screen. Social media went into overdrive during Monday Night Raw this week when an arm appeared in the back of shot during a backstage brawl between Dolph Ziggler and Theory. The figure appeared to be wearing a glove almost identical to those worn by Bray Wyatt. It was later revealed that the person in question was actually the recently-returned Dexter Lumis.

But the use of Lumis has carried numerous echoes of Wyatt’s supernatural character. Wrestling fans are known for immersing themselves in the world of these storylines, and many noted that Lumis was holding a door open during the brawl. The Fiend’s “Let me in” catchphrase comes to mind immediately. A trashcan on fire was used to herald a later Lumis appearance on the show, echoing the last appearance of The Fiend, in which he returned from being burned alive. Will Lumis be the vessel through which Wyatt returns to the company?

In less esoteric terms, Triple H has gone about a vast rebuild since taking over as Head of Creative. This has seen the return of a number of previously sacked superstars, including Lumis, Karrion Kross, Dakota Kai and IYO SKY. The immensely popular former WWE Champion Wyatt would be a valuable addition to this list of returning wrestlers. 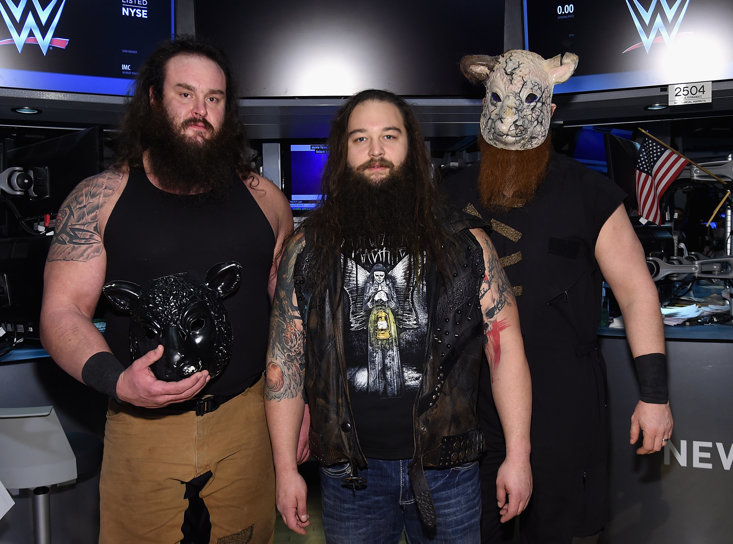 Rollins And Riddle Meet At The Clash

Seth Rollins will face Riddle at Clash At The Castle in Wales next month. The gargantuan event at the Principality Stadium on 3rd September will be WWE’s first UK stadium show in 30 years. Riddle had been scheduled to meet Rollins at SummerSlam last month but was not “medically cleared” to face the former Shield member.

On Monday Night Raw, Riddle played a trick on Rollins. At first appearing via satellite, reportedly from his “mom’s basement”, the former UFC fighter challenged Rollins to a match at The Clash. When this was accepted he revealed he was actually in the arena, with Riddle chasing off Rollins in the resulting brawl.

This is the fourth match now confirmed for WWE’s big UK Premium Live Event. The full announced card so far is below: