WWE Clash At The Castle is almost here. This Saturday, fans from around the UK and Europe will descend upon the Principality Stadium in Cardiff, Wales for WWE’s first full-scale premium live event on these shores in 30 years. Clash will be the first stadium show in the UK since the legendary SummerSlam 92 under the twin towers of the old Wembley.

To get you in the mood for Britain’s biggest wrestling extravaganza in three decades, here’s a look at the six announced matches for the Cardiff card.

A huge outdoor show needs a huge main event, and the Welsh faithful are in for a treat here. At SummerSlam 92, the British Bulldog defeated Bret ‘The Hitman’ Hart for the Intercontinental title. Now it is proud Scotsman Drew McIntyre’s turn to challenge for title gold in Great Britain.

The WWE Championship has only ever changed hands once on British soil, when AJ Styles pinned Jinder Mahal in Manchester in 2017. Reigns has been the Universal champion for over 700 days but the location has many fans speculating over whether McIntyre will cause an upset. ‘The Scottish Warrior’ is a two-time champion in his own right. Can he deliver the perfect Clash ending in the main event?

‘The Rated R Superstar’ and ‘The Littlest Big Man’ make quite the pairing, with both being wildly popular former world champions. In the opposite corner stands Edge’s former Judgment Day stablemates. Ireland’s Finn Balor is likely to get a rapturous reception despite being a heel, with Priest likely to be relied upon to elicit the desired boos.

Edge and Mysterio have both made a habit of delivering spectacular entrances on stadium shows in the past. Perhaps this legendary pairing will unleash another stunning set-piece on the Principality crowd?

Both Morgan’s title win over Rousey, which came after she cashed in the Money In The Bank briefcase, and her first defence over Rousey were controversial. Will she score the first truly decisive pay-per-view victory of her title reign here? 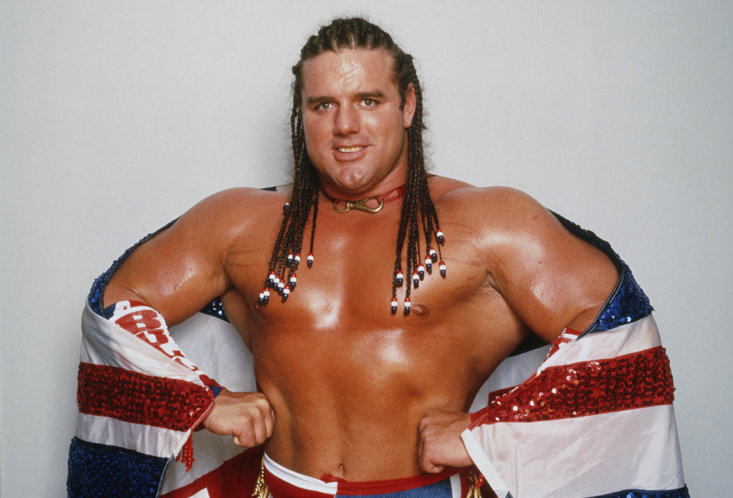 Riddle and the nefarious former world champion Rollins. On Monday Night Raw the pair had to be separated after brawling outside the arena. They were then taken to separate rooms for a live interview. Riddle fired the finest zinger of the exchange, exclaiming the only man in Rollins’ family is his wife, Becky Lynch. ‘Big Time Becks’ often goes by the nickname ‘The Man’.

This feud has been bubbling since before SummerSlam, where the pair had been scheduled to face off. That bout was cancelled due to a storyline injury to Riddle, but Cardiff will get to watch these two bitter rivals finally go at it in the ring.

Tag matches do not get much more star-studded than this. Between them these Superstars have more belts than a leather goods store. Bayley made major waves at SummerSlam when she returned from a long absence. She brought help too, in the form of recently-rehired stars Dakota Kai and IYO SKY.

Belair, Bliss and Asuka is the epitome of an all-star team and this should make for one of the matches of the night.

It wouldn’t be a WWE stadium show in Great Britain without an Intercontinental title bout. This battle of the big men is in with a shout of being the hardest-hitting match on the entire card.

Both men have serious pedigree on these shores. Gunther was a champion in multiple British promotions, as well as NXT:UK, before moving Stateside full-time. Sheamus cut his teeth on the British independent circuit before becoming one of WWE’s most consistent and enduring veterans. This match has sleeper hit written all over it and, if given time, could steal the show.