Now, we know that Rio Ferdinand has taken the spot in our side for our ball-playing central defender, which means we need a leader, a warrior and a no-nonsense centre-back to partner him. We aren’t short of options here, especially in the early years of the Premier League, there were loads of top quality no-nonsense captains, but we have settled on none other than John Terry.

Terry was the best defender the Premier League has seen, and that is that. He was everything you wanted your captain to be on the pitch, fearless and organised - completely devoted to the cause of keeping the ball out of the net. He was an academy star that matured into a serial winner under Jose Mourinho and despite Roman Abramovich’s hire and fire policy, he was trusted to lead Chelsea under some of the world’s best managers.

But more on the Chelsea and England great later, there were still several top players to consider for the greatest Premier League side of all-time. Tony Adams was an absolutely phenomenal defender and leader for Arsenal during the 1990s, and captained the side during Arsene Wenger’s revolution that changed English football.

During the mid 90s, there was a complete change in how footballers were viewed. The new influx of money turned Premier League stars into celebrities, yet the drinking culture remained. In fact, Adams himself struggled with alcohol addiction during his career but became teetotal in 1996, which saw him reach new heights on the pitch.

He led Arsenal through a new era of success and inspired everyone around him, even managing to unify a dressing room with significant French influence. There’s no doubting his greatness.

Two more names worth considering from the 1990s are Manchester United defenders Jaap Stam and Steve Bruce. Bruce was a key figure under Sir Alex Ferguson during his early years and of course, scored two crucial goals against Sheffield Wednesday that handed United the inaugural Premier League title. Those goals and that title changed the course of the club’s history and put United on the path to dominance. 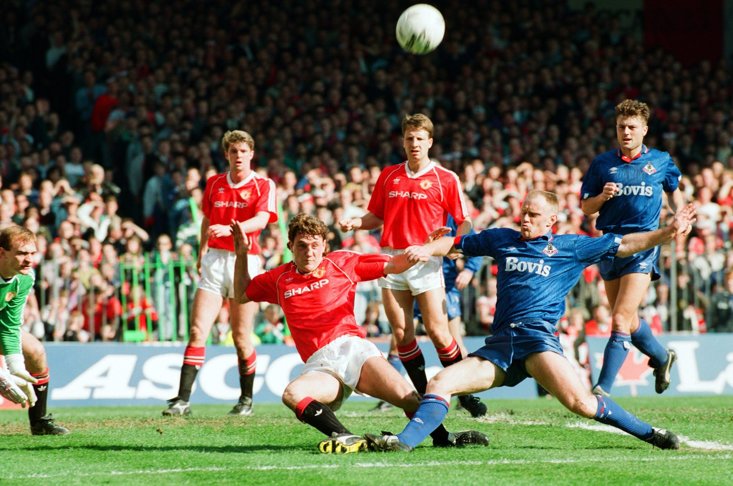 That dominance would be continued in the late 90s with another incredible defender, Jaap Stam. He was only at the club for three years but made a ginormous impact as United regained control of the Premier League title and of course, won that improbable Champions League in 1999.

Given United’s 13 Premier League titles, they have boasted some of the greatest defenders. In the 00s, along with Rio Ferdinand, Nemanja Vidic won the hearts of the Old Trafford faithful with his devotion to defending. As a pairing, with Ferdinand’s superior footballing ability and Vidic’s aerial dominance, they kept United at the top of the tree and won another European Cup.

One of the best defenders of the past decade comes from the other side of Manchester. Vincent Kompany was a key pillar of City’s renaissance from mid-table side to Premier League force and as captain he was an immovable object. When so many big name players had joined the dressing room, he kept them under control, while his title-winning goal against Leicester City will go down in the history of that football club.

But despite all of these talented individuals, John Terry takes it. Nobody defended quite like he did, while his longevity playing under so many different managers deserves huge praise.