After Alan Shearer took our number nine shirt in our greatest ever Premier League XI it is now time to complement the greatest goalscorer the Premier League has ever seen. This position was one that was fiercely competitive and drew a whole host of debate from The Sportsman staff but ultimately, there was only one winner - Sergio Aguero.

The Manchester City forward typified the rise of a side that took the Premier League by storm and he was one of the finest strikers in the league for a decade - scoring 184 goals putting him fourth on the all-time list. He is more than deserving of his place in this side, but he wasn’t without competition.

Wayne Rooney is the man who came closest to taking his spot and there was fierce debate in the office about the United man. He is the second highest goalscorer in Premier League history with 208 goals, the top England goalscorer ever - and was pivotal to Manchester United’s success in the noughties playing some scintillating stuff alongside Cristiano Ronaldo and co. But he played for the most successful side in the country under the greatest manager of all.

Aguero came into the league to a side that was desperate to win the league for the first time, and he made all the difference. He was the reason they won that first Premier League title with his injury time goal, the best moment in recent top flight history. That moment alone makes him worthy of a spot ahead of Rooney, who also gave us so many goals to remember. 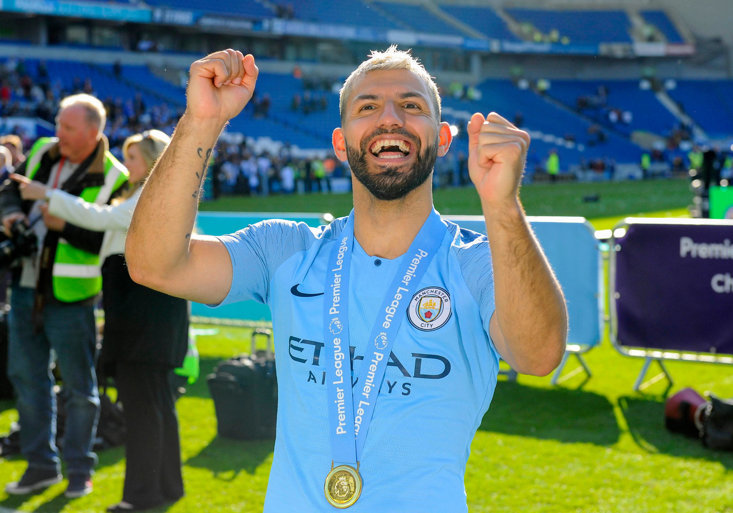 But these two were not the only two contenders for this role. Ian Wright was so influential for Arsenal in the 1990s and played a key role in their first Premier League title win but unfortunately for him, his years at Crystal Palace came before 1992.

Andy Cole remains the third highest goalscorer in Premier League history and shone for Newcastle United and Manchester United while then moving on to be a decent goalscorer around the country. He manages to extend his career with the likes of Blackburn Rovers and Portsmouth before eventually calling time on a career that lasted almost two decades.

Robin van Persie and Emmanual Adebayor both scored goals for fun, with the former playing a key role in Sir Alex Ferguson’s final Premier League title win. But all of these forwards cannot compare to the Argentinian who gave us so much. Sergio Aguero is in our greatest ever Premier League XI.