The goalkeeper. Without a doubt the most pressurised position on the pitch. One error can cost your team silverware but a solid man between the sticks can win you titles. For The Sportsman, they don’t come any better than Petr Cech.

Out of the 29 years of the Premier League so far, there have only been a handful of truly world class goalkeepers. Players that have won their team titles, martialled their defence and produced big saves in key moments.

Petr Cech is the best of the lot, having broken records as Jose Mourinho’s Chelsea conceded a record 15 goals on their way to the Premier League title in 2004/05, while his consistency also put him slightly above the others that were considered.

This one didn’t go down without a fierce debate though. The Manchester United contingent fought bravely for Peter Schmeichel, who kept 128 clean sheets in 310 appearances for Manchester United, won the league five times and was even named Premier League player of the season in 1996, the only goalkeeper to win that award.

It’s one hell of a CV for the Danish keeper, and he even has a goal to his name, but Cech has his number. He has made the most appearances of any keeper, has the most clean sheets (202) and is one of only two players, along with Ben Foster, to have made over 1000 saves. He also came back from that head injury to establish himself as the finest keeper in the division and as a whole, there was a general consensus that Cech and Schmiechel were the clear top two. 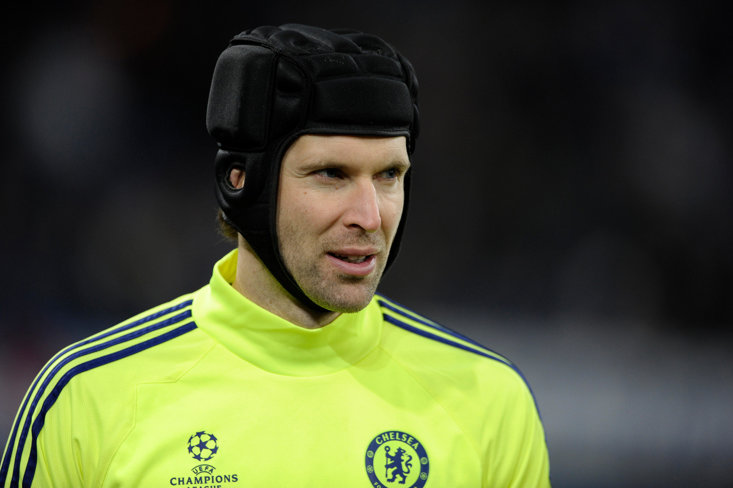 The modern Brazilian duo of Alisson and Ederson also got a mention given how they have almost refined goalkeeping with their footwork, but that duo simply haven’t been in the Premier League long enough, nor won the same amount of silverware as this duo. David Seaman was Arsenal’s exceptional goalkeeper during the 90s but just fell below Schmiechel in our rankings, while Edwin van der Sar was also considered.

After the exit of Schmeichel, United had struggled to find a keeper that provided stability, with the erratic Fabien Barthez the best of a sorry lot. Then Van der Sar arrived from Fulham and all their worries disappeared. Four Premier League titles and Champions League is testament to his quality, and although our local Manchester United fan Joey was firmly in the Dutchman’s corner, he was eventually overruled.

David James and Brad Friedel had the longevity, while Pepe Reina and David De Gea have proven themselves to be top class goalkeepers, but in the end there was a clear top two. For his consistency, his elite level performances for the best defence the Premier League has ever seen and his ability to bounce back from a career-threatening injury, our greatest ever Premier League goalkeeper is Petr Cech.