It was a rollercoaster three-year spell, alright. Ole Gunnar Solskjaer’s reign as Manchester United manager came to an end on Sunday as the Norwegian paid the price for his failed to arrest the recent slide which saw them hammered at home by Liverpool, cast aside by Manchester City and then humiliated by Watford at Vicarage Road on Saturday.

But what are the moments which United fans will remember fondly and which were those that suggested this was always going to be the conclusion for Solskjaer? Here’s the highs and lows of Ole’s spell at Old Trafford.

Ten wins and a draw in his first 11 games after being appointed interim boss made him the favourite to grab the reins in the longer term. United scored 28 goals and conceded only seven in that spell, with big wins early on against Cardiff City, Huddersfield Town and Bournemouth making way for more significant successes over Tottenham Hotspur in the league and Arsenal in the FA Cup.

The biggest of the lot. Nobody who was in the Parc des Princes on 6 March 2019 will ever forget the incredible comeback United performed in overturning a 2-0 home deficit with a 3-1 win. Marcus Rashford’s magnificent show of nerves from the penalty spot in injury time was one of the greatest moments of the post-Sir Alex Ferguson. 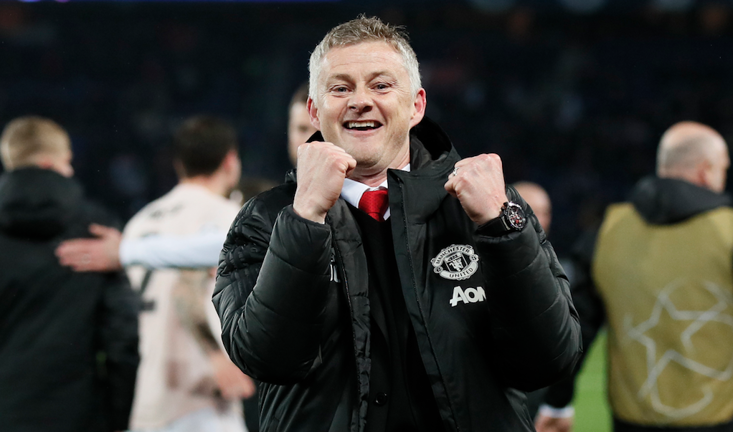 After an incredibly sluggish start to the 2019-20 season, it was a 2-1 win at Manchester City which made United fans start to believe that Champions League football was seriously attainable. Another Rashford penalty and an Anthony Martial goal won local bragging rights, and come March they were at it again as Martial and Scott McTominay earned a 2-0 victory in what would be United’s last league game for three months.

The post-lockdown run to third

As football emerged from the national lockdown, United still had some ground to make up in the race for Champions League football. But six wins and three draws in their nine matches over June and July saw the Red Devils claim third place ahead of Leicester, who they beat on the final day thanks to Bruno Fernandes and Jesse Lingard.

Between November 2020 and May 2021, United were practically unbeatable in the league. A run of one defeat in 28 saw them rise from 15th to a comfortable second in the Premier League standings. They even briefly led the table in January, but a sole defeat to Sheffield United gave neighbours City all the opportunity they were going to need.

Everton away, and what followed

“I’m going to be successful here, and some players won’t be part of that successful team.” That was the warning from Solskjaer after a chastening 4-0 loss to Everton at Goodison Park in April 2019, four days on from being eliminated from the Champions League by Barcelona. The players failed to rally, despite rivals for the top four dropping points with regularity, and United finished sixth after drawing at Huddersfield and being beaten at home by Cardiff on the final day.

Struggles on the road against lesser lights

If 2019-20 was supposed to be about gaining momentum, much of that was lost early on as United became toothless away from home. Three defeats in four on the road at West Ham United, Newcastle United and Bournemouth left the Red Devils looking rudderless, and in their next trip it took a rally from 2-0 down to earn a 3-3 draw at Sheffield United.

Ultimately, 2019-20 would be remembered for three semi-final failures. After being humbled 3-1 on home soil by Manchester City in the League Cup last four, a narrow away win in the return was not enough. They followed that with another 3-1 defeat in the FA Cup semi against Chelsea at Wembley as David de Gea made two errors, and when they were beaten 2-1 by Sevilla one step short of the Europa League final it came as a surprise to nobody. 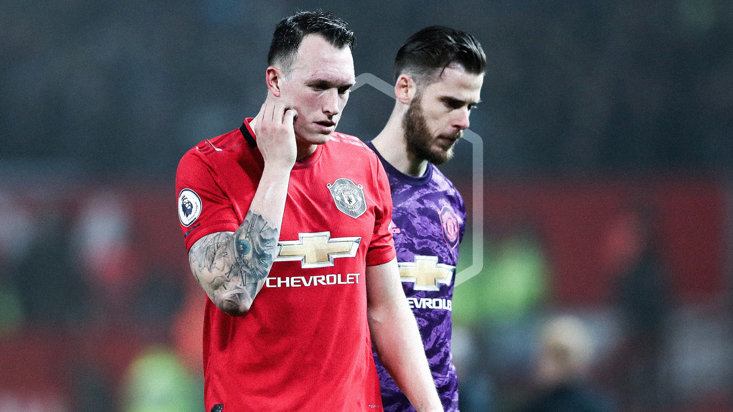 A shock defeat to Istanbul Basaksehir was to be the beginning of a Champions League slide in 2020-21 as PSG and RB Leipzig both beat United to send them packing into the Europa League. They were expected to win the junior competition, but having despatched Real Sociedad, Milan, Granada and Roma, their ineffectiveness in the final against Villarreal led to a marathon penalty defeat from which Solskjaer never truly recovered.

The remaining allies Solskjaer had were left cornered by the happenings over the last month. While defeats to Aston Villa and Leicester City had been far from ideal, the humiliating 5-0 home loss to Liverpool had Ole on the rack. A rallying victory at Spurs aside, it was all downhill from there, and a 2-0 defeat to Manchester City and that 4-1 shellacking at Watford left Solskjaer and United at the kind of low ebb they were never going to come back from together.