British actor Tom Hopper’s huge 6’ 5’’ frame is everywhere on the telly at the moment, from Billy Bones in Black Sails to Dickon Tarly in Game of Thrones and, most recently, as Luther Hargreeves in Netflix’s uber-popular superhero series Umbrella Academy, which aired its second season this year.

Put simply, Hopper’s rise to superstardom is well on schedule and as someone who’s cast in a lot of roles where the character is supposed to be physically imposing, it’s meant that that the 35-year-old has had to stay in stunning shape for his craft and a quick scan through his social channels shows that the actor is always working out. Below is his garden home workout... 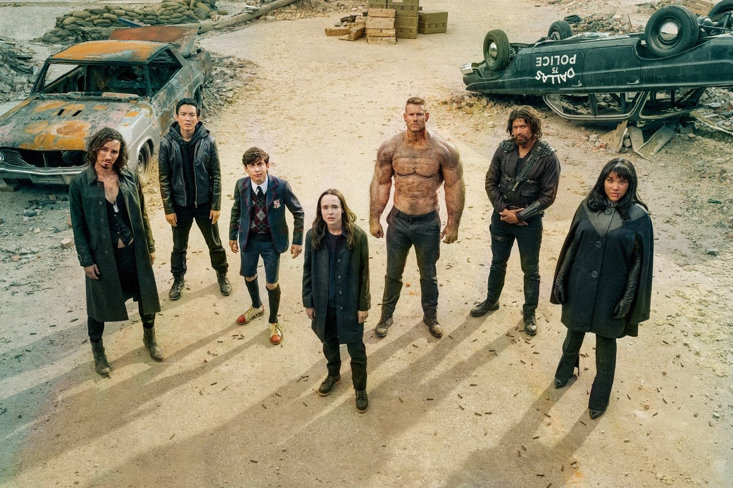 Hopper’s garden circuit uses a ladder format. Start with five reps of man makers (more on those below), then the ball slams and battle ropes. For each additional round, take off one rep from the man makers (ball slams and battle ropes stay the same) until you're doing just a single rep. Finished? Sadly not. Work your way back up the ladder this time adding a rep to man maker, until you get back up to top.

What is this ‘man maker’ we speak of? Below are the six components that make it up - good luck!

30 seconds but don’t do it straight. Hopper breaks it down into three 10-second phases.