Leeds United have had their problems this season. An injury crisis worse than anyone else’s has hampered their efforts, but Marcelo Bielsa has not complained like some of his fellow managers, he has just cracked on, solely focused on keeping his side in the Premier League for the second consecutive season.

With a magnificent 3-2 victory over West Ham United at the London Stadium on Sunday, the Argentine orchestrated his biggest win of the season. Not only did his side frustrated David Moyes’ attackers, but they imposed themselves on the Hammers and tormented their defenders in what was their best attacking display this term.

Jack Harrison was the hat-trick hero and he thoroughly deserved the plaudits that came his way. He was at the centre of everything positive Leeds were doing in the final third and his goals helped pull his side nine points clear of the relegation zone. But it was one of those victories that was slightly tainted by injuries. In the first-half, both Junior Firpo and Adam Forshaw hobbled off and further increased the injury pile-up at the club. The pair were replaced by youngsters Leo Hjelde and Lewis Bate who became the seventh and eighth teenagers to make their Premier League debut for the Whites this season. Although Bate was later substituted, both gave a good account of themselves. Hjelde slotted in comfortably at left-back and the week before he was very impressive in the heart of defence against the Hammers in the FA Cup.

While it shows the faith Bielsa has in his young players, the constant lack of key players has hindered Leeds from progressing this year. Star striker Patrick Bamford has missed much of the season and his absence has been sorely felt by the club who have languished near the bottom of the table all year, regressing from their excellent first campaign back in the top-flight in 2020-21. And of course, Bamford was their top scorer with 17 as Leeds finished 9th, with his goal contributions being almost irreplaceable for Bielsa this year. 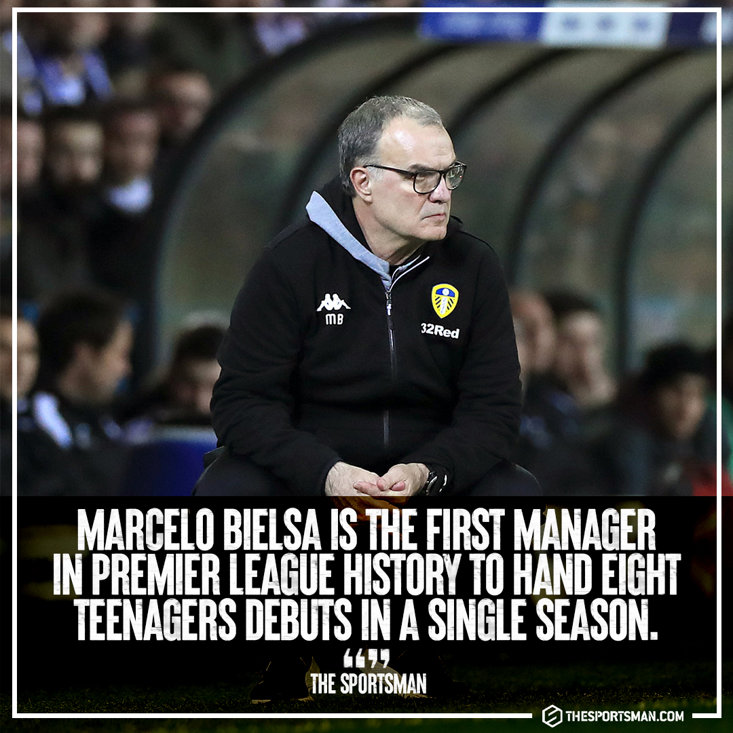 He is not the only key player that has spent time on the sidelines this season. Defender Luke Ayling has had his fair share of injury problems and more recently England midfielder Kalvin Phillips – and there was a growing concern how that loss in such a key area of the pitch, would affect Leeds. Yet, the spirit within that squad will never be quashed and it is good to see them picking up results, especially with so many hurdles they have had to deal with.

During the winter period where games were coming thick and fast, the Argentinian could have joined other Premier League managers in moaning on a regular basis, because he had a better cause than most. But instead, he just continued to work with the players he had available to develop a winning formula that would help pull the Whites away from relegation danger. And for that he deserves huge credit because he has guided Leeds to back-to-back victories for the very first time this term, and that will provide a huge mental boost for him and his players moving forward.

It is just the sort of boost needed ahead of this weekend’s match-up with Newcastle United at Elland Road and it turns out - with the fifth youngest squad in the top flight - the kids are alright.