‘The Gypsy King’ has the world at his feet after solidifying his claim to the throne with a classic 11th round stoppage of Deontay Wilder on Saturday. Tyson Fury is the man to beat in the heavyweight division, with his lineal claim trumping even Oleksandr Usyk’s three-belt status as world heavyweight champion. The WBC and Ring Magazine boss’ next move is already being hotly-debated, here is a look at the runners and riders to challenge the outspoken champion.

The most obvious choice, ‘The Body Snatcher’ is the mandatory challenger for Fury’s WBC strap. However, with Fury priding himself first and foremost on his lineal status, a clash with Whyte is not guaranteed. Dillian has waited for years at the top of the WBC rankings, while Deontay Wilder avoided him during his own title reign. A 2020 loss to Alexander Povetkin made it look like Whyte may never get his chance, but he has since avenged that defeat and should he get past former Fury foe Otto Wallin, he deserves his opportunity.

It might not be a bad option for ‘The Gypsy King’ either. Whyte favours a come-forward, action-packed style that would play into the hands of the master boxer Fury. Tyson’s greater reach, footwork and ring IQ would likely carry him to a decision should he choose that route. Though if the warrior instincts kick in, like they did on Saturday, we could see one of the greatest all-British ring wars of recent times.

The Brit factor is another reason this fight makes sense. The Anthony Joshua fight is yet to materialise, and arguably looks further away than ever, but this domestic derby would still do huge business. Fury has made noises about wanting to fight at Old Trafford, and Whyte is a big enough star on these shores to help him fill it. Often, mandatory challengers are spuriously appointed and offer little in the ring or at the box office. But Whyte makes sense on all levels. An exciting challenger, a winnable fight and a potential financial bonanza. 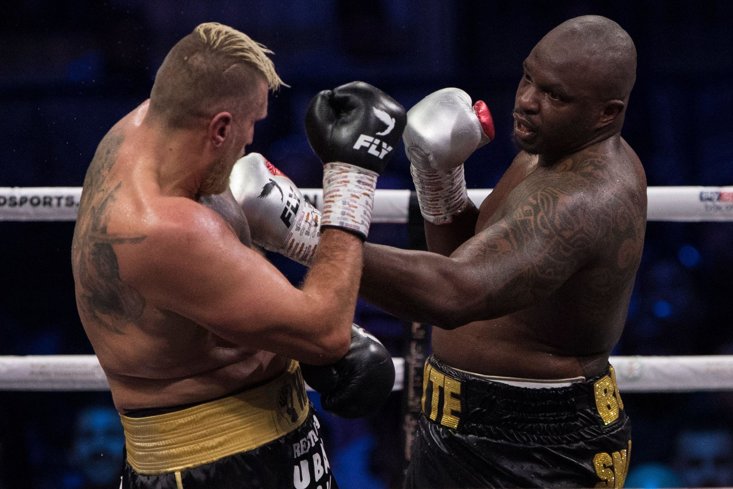 “I’ve never really been interested in undisputed...I’m WBC champion, Ring Magazine champion, lineal champion. That's good enough for me. I’m not interested in the other belts at all.”

Tyson Fury told The Sportsman that unifying the divisional belts meant little to him, as he is content with his current status as the number-one heavyweight in the world. Therefore you might think Oleksander Usyk and his collection of gold would hold little interest for the lineal champion. But one thing Tyson Fury has never shied away from is a challenge, and Usyk presents arguably the biggest challenge he could face.

The Ukrainian superstar stunned boxing when he moved up from cruiserweight as undisputed champion, and annexed Anthony Joshua’s trio of titles last month. The belts might not catch Fury’s eye, but the fighter holding them will have done, having put up a stunning display at the Tottenham Hotspur Stadium.

Fury will surely relish the chance to test himself against a man who appears in all major pound-for-pound lists. The fight would be a fascinating chess match of ring strategies and skills. It is, however, a difficult one to make at present. Joshua has activated his rematch clause and is expected to meet his conqueror next spring according to his promoter, Eddie Hearn. This date with destiny also complicates the next pick on our list.

Tyson Fury vs Anthony Joshua is still the most exciting fight that can be made in the heavyweight division. A bold claim, yes, but hear me out.

Yes, Anthony Joshua was outboxed fairly comprehensively by Usyk. He also fell to Andy Ruiz Jr in fairly recent memory, albeit avenging that loss in brilliant fashion. But not every great fight is between two flawless fighters. ‘The Thrilla In Manila’, the consensus greatest heavyweight battle of all time, was contested between Joe Frazier and Muhammad Ali, both of whom had been beaten twice at that point. Floyd Mayweather’s 50-0 record has warped perceptions, worthy fighters do not need a gleaming ‘0’ in their record. Fury has one, but the fact Joshua does not detracts nothing from the entertainment value of this fight.

Neither does the lack of a title unification. While the presence of all four sanctioning body championships would have added intrigue and promotional weight, if these two were to step into the ring the action would be just as exciting and unpredictable as if they were fighting over the last crisp in a pub on a Friday night.

Stylistically, it is a great match-up, and that is all that matters. Both men have weaknesses, particularly in their chins. The power advantage belongs to ‘AJ’, the boxing acumen swings in favour of Fury. It really is a wonderfully poised contest, and one that would deliver thrills and spills whether it was for one belt or four. As with the Usyk suggestion though, it is unlikely to be next. 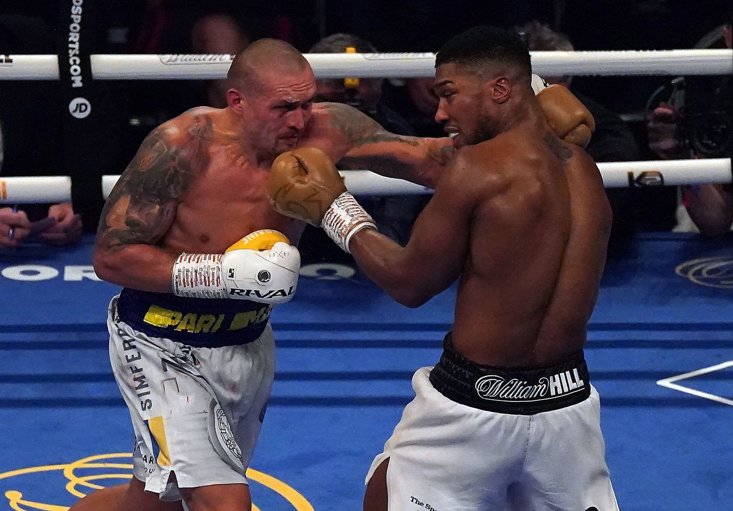 The Best Of The Rest

Former champion Andy Ruiz Jr would make for an incredibly fun build-up, boasting a similarly jovial personality to Fury. He would also deliver in the ring, if he turned up in-shape. Joe Joyce is an awkward, talented boxer who is a challenge for anyone. The Brit would definitely test Fury’s ring knowledge. Joseph Parker is a very able boxer, and should he come through the challenge of Derek Chisora he will certainly be in contention for a title chance. Chisora himself has been mentioned by Fury as a fight he wants, though having lost twice to ‘The Gypsy King’ it’s hard to see why.