Motorsport
News
The German track has played host to some of motorsport's most memorable moments
Simon Lillicrap
09:00, 11 Oct 2020

The Nürburgring needs no introduction. But we’re going to give it one anyway. 12.9 miles and 170 corners of pure petrol-head perfection, woven together in this idyllic part of Germany, it provides a little chunk of motoring heaven for the speed freak. Since 1927, cars have been creating history at this track, and this weekend Lewis Hamilton and the rest of the Formula One roster will look to create some more.

We look back at the top five moments that have helped make the Nürburgring the most iconic race track on the planet...

To hold the lap record around this track is one of the biggest achievements in the entire automotive business, and back in 2018 Porsche took things to a whole new level. Stefan Bellof had held the record around the Nürburgring Nordschleife for 35 years, with the top level and remarkably powerful Le Mans car racing on this shorter circuit for one season only thanks to the construction of the Grand Prix circuit.

It was a record that looked like it may stand forever, until Porsche took their 919 Hybrid Evo for a spin around the same track. Racing driver Timo Berhard took the wheel, and set a blistering lap time of 5:19.55, breaking the record by over a minute. It looks like something out of a video game. Ridiculous. 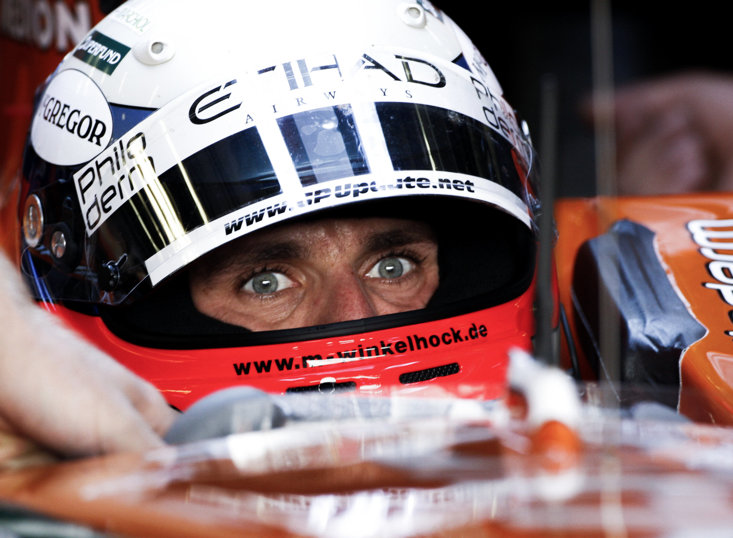 From the frightening to the bizarre. Marcus Winkelhock is not a household name in Formula One. In fact, he only ever raced once at the highest level - but what a race it was. He even led in the slowest car on the track thanks to a masterstroke by his team.

A test driver for Spyker, he was given a seat in the car at the very last minute for the Grand Prix in front of his home fans. Having qualified in stone dead last, almost two seconds a lap slower than any other team, Spyker pulled one out of the bag on the warm-up lap.

As the cars settled on the grid, the grey clouds gathered and they called Winkelhock in to start from the pits so they could change him onto wet tyres. With the rest of the field on slicks, as the lights went out, the heavens opened. With all but one of the field forced into the pits, he was up to P2  before overtaking Kimi Raikonnen’s slipping and sliding Ferrari which was struggling for grip. In his very first race, in the worst car on the grid, he was leading his home Grand Prix by over 30 seconds.

That was as good as it got for Winkelhock however, as a huge pile-up caused a red flag, meaning his lead was as good as gone when the race restarted. He retired on lap 22 and never raced again, but for a brief moment he was the finest F1 driver on the planet.

One of the greatest F1 drivers of all time suffered a life-changing accident at this circuit in 1976. Niki Lauda was the fastest driver around the ‘ring at the time but had urged his fellow drivers to boycott the race, citing safety concerns, yet his colleagues voted against the idea. Lauda competed, and things quickly took a turn for the worse.

On lap two, he suffered a horror crash and, with his car engulfed in flames, had to be heroically pulled from the burning wreckage by fellow driver Arturo Merzario. But he was left with severe burns to his face and fell into a coma. He was even read the last rites in hospital but survived and incredibly returned to the track just three races later.

Changes had to be made, and this was the final ever F1 race on the old circuit, deemed too unsafe for the speeds modern cars had reached. A new, smaller track was built for Formula One by 1984 and, after a seven-year absence, it was announced that the newly-named Eifel Grand Prix would take place at the circuit from 2020.

Formula One owes a lot to Niki Lauda, as his near-fatal crash back in 1976 may have saved multiple lives since. 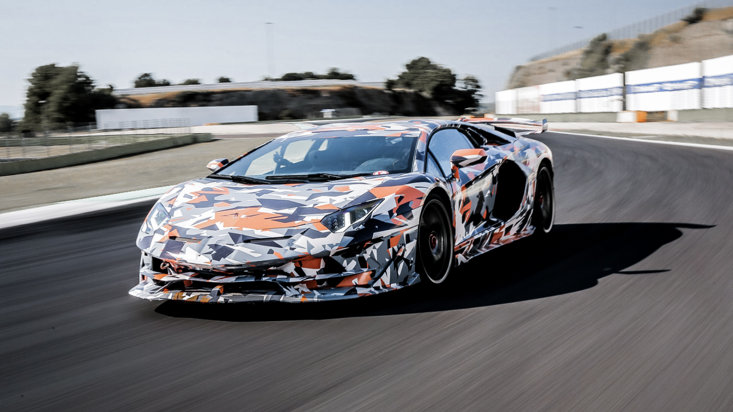 Porsche may hold the all-time lap record, but for a car that you can actually buy, that title goes to the flamboyant Italians. Lamborghini, with their revamped Aventador SVJ, have not only created perhaps the best-looking car on the road but also the fastest.

With an aerodynamics upgrade and a V12 under the bonnet, this piece of engineering excellence went around the Nürburgring in 6:44:97, knocking three seconds off the previous record.

Ah, the old Top Gear, the finest motoring show Britain has ever produced. On one of the classic episodes Jeremy Clarkson is tasked with getting a Jaguar S Type Diesel around the ‘ring in less than 10 minutes, which he does. Just. However, his lap time is mocked by the Queen of the Nürburgring, Sabine Schmidt, who claims she could do that lap time in a van!

Schmidt has pedigree. She was the first female winner of the 24-hour race around this circuit and claims to have done more than 2000 laps of the track. We believed her. Cue to a Ford Transit van and one of the finest female racing drivers on the planet flying round the circuit with Richard Hammond on board. They missed out, just. Schmidt finished 10 measly seconds off Clarkson’s time in her builder’s run around, a simply remarkable achievement. And one which gave us a classic Top Gear moment. And, as we know, at The ‘ring it’s all about the moments.