The 2021-22 edition of the Uefa Champions League is hurtling towards its big night in Paris for the May 28 final between Liverpool and Real Madrid, but Tuesday's announcement regarding the format change that is in the competition's future has taken a lot of attention away from this season's finale for the time being.

Following on from the polemic surrounding the European Super League last spring, a lot was made of the automatic inclusion of some teams which Uefa considered in response.

But what does the new format look like, how will it work, and will it really be any better than what we have right now?

Here, your burning questions are answered.

The 32-team group stage will be scrapped and instead there will be a single league consisting of 36 clubs who will each play eight fixtures – four home and four away, against eight different sides. Uefa has remained tight-lipped over how the eight opponents will be selected for each of the 36 participants, with more details due to be revealed nearer the end of 2021.

There will still be three points awarded to winners of each match and one for a draw, and knockout stages will remain from the round of 16 onwards. There will, though, be an extra play-off round prior to the last 16.

More on that later! 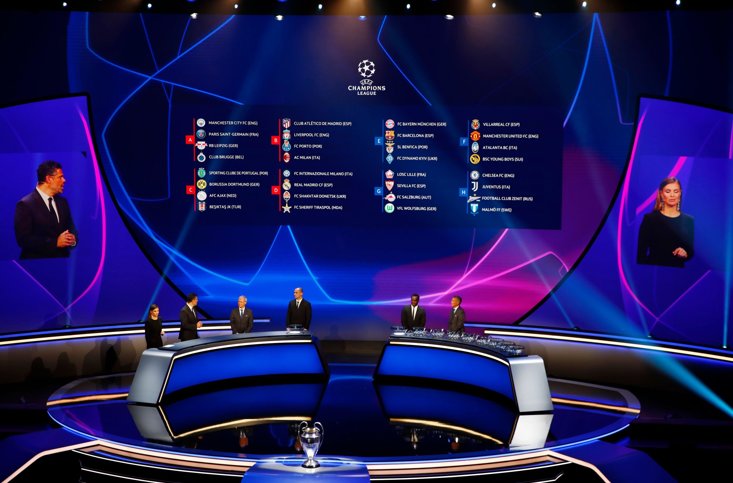 When does it come into effect?

The debut season for the new-look tournament will be the 2024-25 season, with clubs having the next two years to jostle for position in the Uefa co-efficients to get themselves well placed to be a part of it.

The qualification format will largely remain the same as it currently is for the Champions League but of course there will now be an extra four places up for grabs. Uefa has explained these slots will be assigned for the following:

First, the national association in fifth spot in the Uefa rankings get an extra place, so right now the third-placed team in France would qualify automatically instead of needing to qualify.

For the second spot, an extra avenue will be opened up on the ‘Champions Path’ of qualifying, meaning there will be five rather than four national league winners entering through qualifying. That’s good news for champions in the likes of Scotland, Azerbaijan and Romania.

The remaining two slots? Well, they go to the next-placed clubs in the associations which have had the best record in the Champions League over the previous season. With points gained divided between the number of clubs appearing from that country, an extra place goes to each of the two nations in the top couple of spots in that ranking. If this were kicking in for 2022-23, England and the Netherlands would get an extra spot, so Tottenham Hotspur could get the beach towels out instead of the armour ahead of the North London derby.

This is a key change from the initial proposals in April 2021, which suggested the Champions League become a Super League-Lite with 'legacy' clubs gaining admission based on previous performances in the UCL.

Who reaches the last 16?

The top eight teams at the conclusion of each side’s eight fixtures will automatically qualify for the round of 16. The clubs that finish between ninth and 24th enter a play-off round to reach the last 16, with teams finishing ninth to 16th getting home advantage in the second leg.

The eight clubs who triumph in the play-offs will then face one of the top-eight finishers in the round of 16.

UEFA.com
@UEFAcom
ℹThe 2024/25 edition of the UEFA Champions League will follow a new format.
Everything you need to know about the changes 👇
#UCL
88
511

Why has Uefa done this?

Firstly, let’s not discount that the main decision for the change to the format wasn’t a financial one. The Champions League is a cash cow and Uefa is trying to generate as much money from it as possible. The current group stage has a total of 96 games and the new changes will almost double the total to 180 matches.

This will allow for an even bigger TV deal and it could cause a frenzy amongst broadcasters if the rights for the jaw-dropping number of games could be shared. The current deal for the competition cost BT Sport a whopping £1.2 billion and there is no doubt that the new changes will be brought in to increase the price tag.

Uefa has said that it believes it will give the opportunity for clubs to test themselves against a wider range of opponents while also adding excitement earlier in the competition. What it has not considered is that there are sure to be some terrible fixtures in there which will be a dead rubber if, for example, 25th play against 31st.

Uefa president Aleksander Ceferin said: “This evolved format will still keep alive the dream of any team in Europe to participate in the Uefa Champions League thanks to results obtained on the pitch and it will be enable long-term viability, prosperity, and growth for everyone in European football, not just a tiny, self-selected cartel.”

Will the group stage finish by Christmas?

Uefa is yet to disclose all the finer details regarding the new changes but it has identified 10 midweeks prior to the traditional knockout restart as dates on which group games will be played, with the Champions League, Europa League and Europa Conference League each having a week of exclusivity during that period.

What does this mean for domestic competitions?

It does not bode well for the League Cup, to say the least. A competition that is already being undermined by the top sides in the Premier League in the earlier rounds is sure to only get worse. It may force the EFL to restructure the calendar for when the matches are played as the teams that qualify for the new-look Champions League will only complain more about the congestion of fixtures.

These changes are sure to divide opinion and a lot of people will not like the dramatic change to the group stage format even though the current format is far from perfect. For a lot of supporters, it may well be the case of you don’t know what you have until it’s gone. Make the most of what you have now and enjoy these last couple of years before all hell breaks loose in the Champions League.