September should always hold a special place in the hearts and minds of Liverpool Football Club and their 100 million strong global fanbase. For this month is bookended by the anniversary of the birth and death of arguably the club’s greatest ever manager.

Bill Shankly was born on September 2, 1913 and passed away, aged, 68 on September 29, 1981. He managed Liverpool for fifteen years between 1959 and 1971 when the club experienced some of its most formative changes and a period of great success, but not before being rescued out of the second division doldrums. Shankly was Socrates to successors Bob Paisley’s Plato and Joe Fagan’s Aristotle, the three of them congregating in Anfield’s fabled Boot Room to discuss the direction of the club, and each enjoying their own uniquely fruitful era as the main man in the dugout.

In Shankly’s time there was the introduction of the now institutionalised all red-home kit, “You’ll Never Walk Alone”, and the ‘This Is Anfield’ sign. There was also the matter of three First Division titles, a brace of FA Cups, and UEFA Cup success, with players such as Tommy Smith, Chris Lawler, Emlyn Hughes, and Ian Callaghan.

It is with a foreword from Toxteth son and Liverpool’s all-time record appearance maker Callaghan that a fresh new angle on the Shankly era reveals itself in the form of ‘The Lost Shankly Boy: George Scott’. A new book that recounts one player’s arduous journey in pursuit of success in the sport he loved, but in the shadow of the great Glenbuck-born gaffer.

“I always felt George was forever on the cusp and very unlucky not to make the breakthrough,” says Callaghan in the opener to this riveting account, a testimony by Scott himself in collaboration with Jeff Goulding.

Midfielder Scott, like Shankly, was a Scot, spending five years at Liverpool in the early sixties at youth-level attempting to break through into the first-team. In an era of a rigid structure that placed the onus on ‘team’ rather than ‘squad’, with little time for substitutes, Scott struggled to make the grade. 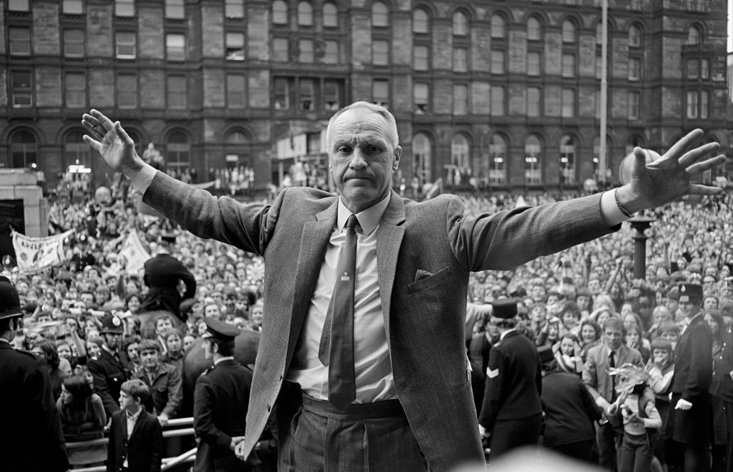 But of course, the story doesn’t end there. This new publication allows the reader to revisit a lost time, via a ‘lost’ player. Shankly had a famous quip - "On Merseyside we’ve always had two great sides: Liverpool and Liverpool Reserves." A fixture of the second-setup, Scott watched on as the ‘Reds Hit The Summit’, surmounting the second division to eventually become Kings of England under Shankly’s stead. But the reserve system was very different to the one of today’s game.

Despite not hitting the A-Team, Scott enjoyed run-outs "at places like Old Trafford, Maine Road, St James Park, Villa Park, Goodison Park, Hillsborough, Bramall Lane and all the rest of them [that] will linger in my memory for all my days”. With an adventure that exceeds the perimeters of the English game, the reader journeys alongside Scott from Aberdeen to Anfield to apartheid South Africa, with figures such as Matt Busby, Ronnie Moran, Alfie Arrowsmith, Denis Law, and Elizabeth Taylor weaving through the story.

This autobiographical account ultimately presents itself as a refreshing alternative history, a narrative that runs parallel to the famous story of Shankly’s sublime side and Liverpool’s first thick vein of success. Like most young men of his time, Scott left school at 15, forgoing higher education. “I have always maintained that five years at Anfield, playing under Bill Shankly, was worth ten years at university,” he steadfastly claims.

As Scott went from soccer to sales, the love affair with Liverpool never ended. He’s been back in the Boot Room, dressing room, and Shankly Suite, and was there in Istanbul. The blood for a solid storyteller in Mr George Scott runs literally and figuratively red. With Liverpool reaching the precipice once again in 2020, and in a period to take stock of the greatness of Mr Shankly, even for those who declare to know Anfield and the Kop inside out will benefit from this delightful account of a touchable history.