Football
News
The WSL is bigger than ever and here are the numbers to prove it
Elliott Bretland
13:00, 30 Sep 2020

“We can say hand on heart we are the best league because we really are. All the best players want to be here, once they are here and see every team they will want to stay.” The words of former Arsenal legend and BBC pundit Alex Scott, talking about the Women’s Super League (WSL).

Following a summer of frenetic activity in the transfer market, involving World Cup winners and record signings, the women’s game in England has moved to a whole new level.

Best in the world? Hell yeah, and here’s the numbers to prove it...

There have been a huge number of new signings in the busiest summer on record for the WSL. A total of 79, at the time of writing. And it’s a case of quantity and quality, as more than 30 experienced international players have made the switch to England.

The 12 WSL clubs battling it out have secured some of Europe’s top talent, while six Australians and five American World Cup winners have decided England is the best place to show off their talent and compete for honours.

Alex Morgan, (more on her shortly) has signed for Tottenham and has been joined in Blighty by four compatriots. The highly impressive Christen Press and Tobin Heath have joined Manchester United, while Rose Lavelle and Sam Mewis signed for rivals City. They will bring a winning mentality that will undoubtedly spread to others around them.

Liverpool lass Alex Greenwood returns from Champions League winners Lyon to play for Manchester City, and becomes the first player to turn out for both Manchester clubs, Liverpool and Everton.

That’s how much Chelsea reportedly paid to land hotshot goalgetter Pernille Harder from Wolfsburg. The £250,000 fee the Blues splashed out to secure the Dane’s services is a world record transfer for the women’s game. Though that figure is dwarfed by the £198m PSG paid to land Neymar from Barcelona in the men’s game. Still, the quarter of a million deal is a clear indicator that the women’s game is on the rise. 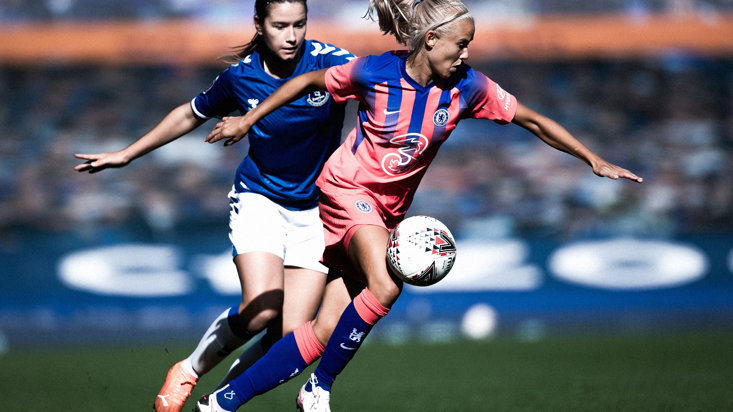 Harder, who has already opened her account with a goal against Bristol City, certainly knows where the net is, scoring 103 times in 113 matches in Germany, with 25 of those strikes coming in the Champions League.

Alex Morgan is box office. Tottenham’s new superstar striker is one of the most popular sports people on the planet, with more than nine million followers on Instagram alone. She’s also famous for causing something of a storm in a, err, teacup at the World Cup, by sipping an imaginary cup of tea, pinkie out, after scoring against England. Insisting the gesture was partly a reference to Game of Thrones star Sophie Turner who uses the catchphrase ‘and that’s the tea’ on her own social media channels, Morgan was unhappy at the criticism she faced. Let’s see how she will be greeted when fans return to the stands...

Morgan has signed a short-term contract, putting pen to paper on a four-month stay. Former England star Eni Aluko is delighted to see such a big name in the WSL but wrote in The Guardian, “The season lasts the best part of a year, and includes the FA Cup and Continental Cup, and personally I’m not a big fan of this kind of arrangement.” 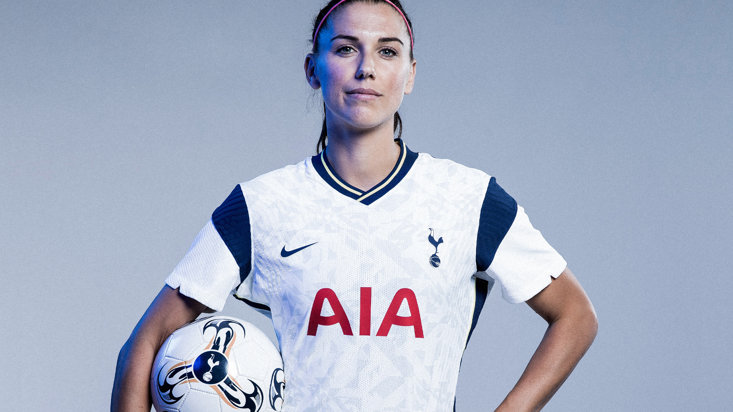 Here’s hoping she loves her time at Tottenham and stays longer. We’ll all drink (tea) to that.

1 Uefa Women’s Player Of The Year

Lucy Bronze was named Uefa’s Women’s Player of the Year in 2019, becoming the first defender to win the award. Bronze has swapped Lyon for former club Manchester City. She is up for the award a second time this year, after a fantastic season in France.

She won the domestic treble and the 28-year-old England superstar also landed the Champions League three campaigns running. She continues to be a leading light for the national team, helping them reach the World Cup semi-finals in 2019, as well as playing a part in a maiden victory in the SheBelieves Cup. England Women’s coach, Phil Neville, said of the right-back, “Lucy Bronze is the best player in the world, without a shadow of a doubt – with her athleticism and quality. There's no player like her in the world.” 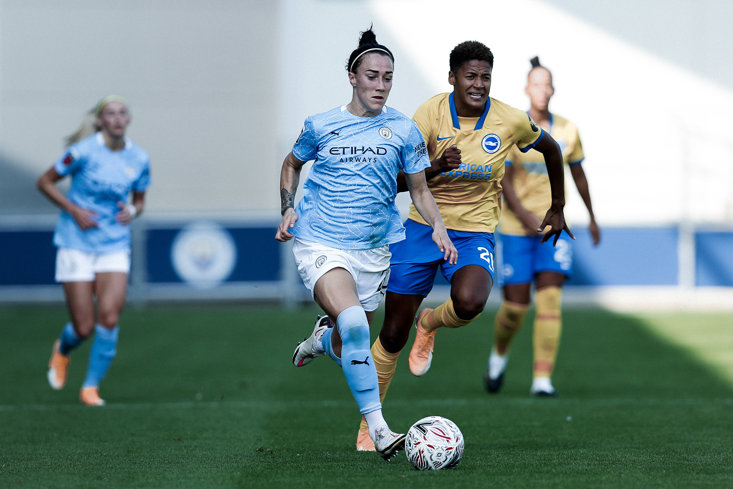 Now back on home soil, she’ll be desperate to add to her already impressive medal haul.

That’s how many supporters packed into Wembley to watch the England Women’s team face Germany in November 2019. Ok, so this was an international game and not the WSL, but it shows the interest in the women’s game in England is there.

And the WSL leads the way on the club front, with average attendances four times higher last term than the season before, a tally that was certain to climb but for the Coronavirus pandemic halting things. An average of just over 4,000 spectators were regularly watching the Women’s game live last season. That’s more fans than turn out to watch half of the men’s League Two clubs.

And this season, games are regularly shown on BT Sport and the BBC, with broadcast deals to show the matches across the world, including Mexico, Central America, the Dominican Republic and the whole of Scandinavia.

More and more money is coming into the game, through ever bigger sponsorship. Last year Barclays became the first-ever title sponsor of the top-flight Women’s Super League (WSL) in a deal worth a reported £10m over three years.

And just this month health and insurance provider, Vitality, agreed the biggest sponsorship deal in the history of the Women’s FA Cup. “It’s a significant investment. It demonstrates the power of women’s football.” Kelly Simmons, the FA’s director of the women’s professional game, said of the three-year deal. The value of the deal remains undisclosed, but The Guardian described it as the “most lucrative” in the history of the Women’s competition.