The Formula One ‘silly season’ is here, with the off-track intensity that disappears for the next 18 days being replaced by intense contract talks and brash announcements from the ten teams and 20 drivers alike.

It’s been quite the start to the summer break, with Oscar Piastri seemingly holding the entire F1 paddock on strings. Read on as we take you through five stories you might’ve missed from the last seven days of F1.

The first day of the summer break was calm, quiet and uneventful until Aston Martin released a press release, detailing their new driver to replace the retiring Sebastian Vettel. Fernando Alonso would be leaving Alpine F1 Team to join up with Aston Martin, with reports suggesting that Alpine had lowered their contract offer to the Spaniard in the hopes that he would remain with them.

Alpine had hoped that Alonso would warm the seat for their young junior driver Oscar Piastri for another year, however, his departure and the timing of it (a day after Piastri’s contract with Alpine expired) turned out to be a rather large spanner in the works for the Parisian side.

Aston Martin Aramco Cognizant F1 Team
@AstonMartinF1
NEWS: @AstonMartinF1 announces Fernando Alonso for 2023.
We are delighted to confirm that two-time #F1 World Champion @alo_oficial will join the team from next season on a multi-year contract.
Tap below to read more. ⬇️
#WeClimbTogether
13741
90015

Oscar Piastri has had one hell of a week. Alpine announced him as their driver for next season before he tweeted that he in fact was not going to be their driver for next season. Then rumours of a move to McLaren were rife until Williams said they had an announcement at 3pm on Wednesday. It turned out to be an announcement for Alex Albon’s new contract, but the anticipation from fans was of Nicholas Latifi being replaced by Piastri.

Now the news is that McLaren are willing to end Daniel Ricciardo’s contract with the team to replace him with the Australian F2 champion. As reported by Motorsport.com, Zak Brown has signed Ricciardo’s younger compatriot as a backup driver for 2023, with the hopes of moving Daniel on and having Piastri on the books as one of their two main drivers for next season, alongside Lando Norris. 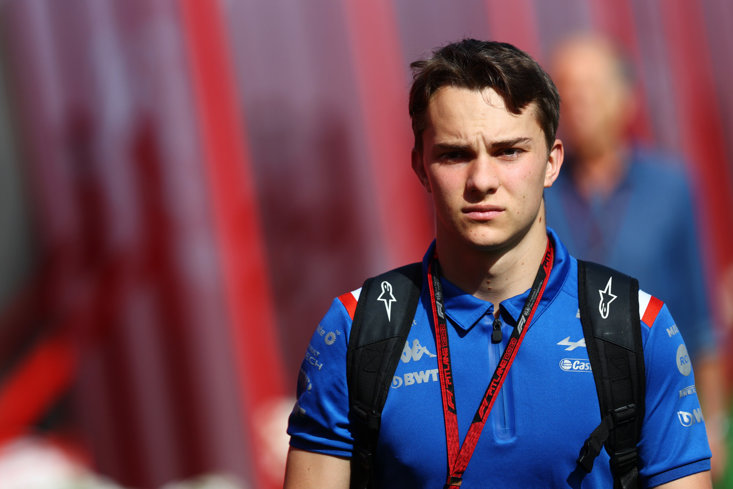 Oscar Piastri Is Set To Be Driving In F1 Next Season

Alex Albon’s return to Formula One shouldn’t have really been in doubt. An impressive start to his career was derailed by inconsistency in comparison to Max Verstappen, and Williams have managed to pick up the pieces of the former Red Bull starlet.

Albon revealed his contract extension via Twitter, taking inspiration from the tweet of Oscar Piastri when he confirmed that he wouldn’t be taking a seat at Alpine next season. Described by the team as a ‘multi-year extension’, the Thai-British driver will be contracted until at least 2024 with the Oxfordshire-based team.

Alex Albon
@alex_albon
I understand that, with my agreement, Williams Racing have put out a press release this afternoon that I am driving for them next year. This is right and I have signed a contract with Williams for 2023. I will be driving for Williams next year.
😂 let's gooo @williamsracing 💪 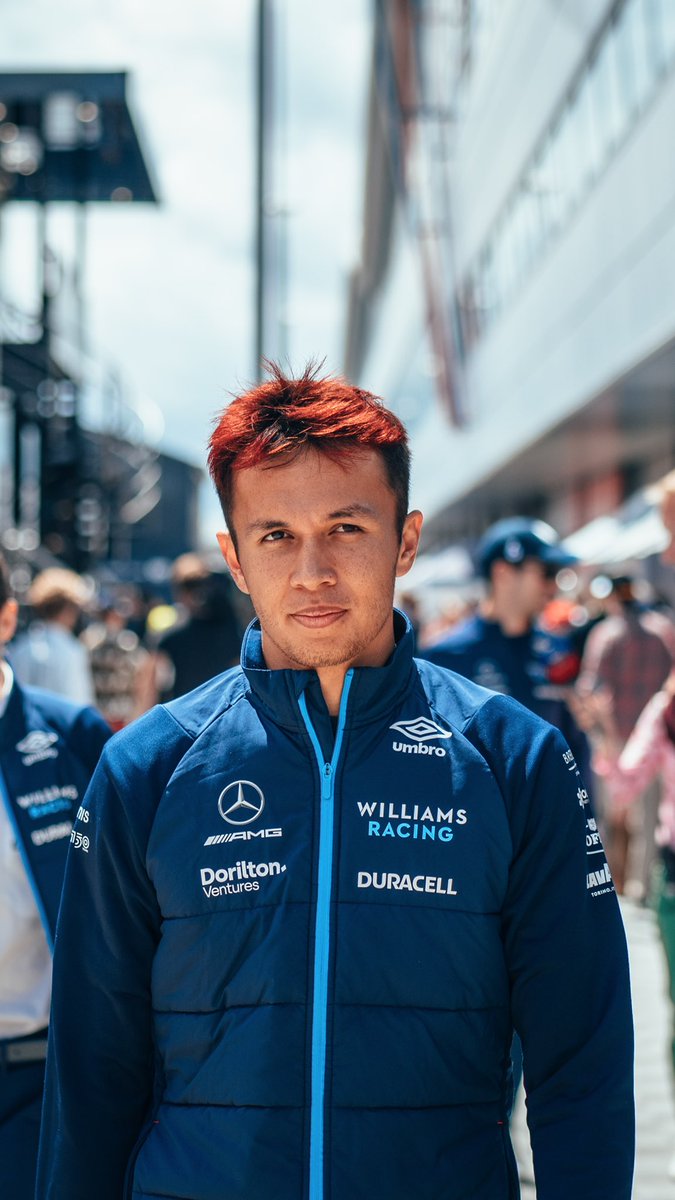 The Italian media isn’t one to trifle with if you’re leading the Ferrari F1 team. Following multiple failings in strategy and inconsistent reliability, Ferrari has found themselves criticised in their homeland, with the press choosing the side of Charles Leclerc, stating that ‘he deserves better.’ It’s uncharacteristic of the media to choose a driver over the team, but the circumstances of recent races leave the blame at the door of the team principal and leaders of the team rather than the drivers.

Headlines such as ‘Leclerc is wasted on this Ferrari’, ‘Red Disaster’ and ‘Ferrari Disaster, Masterpiece Verstappen’ were plastered across the back pages of national newspapers following their dismal showing in Hungary, and it looks like patience is wearing thin in lo Stivale.

Luke 🆑 🧪
@ElPredestinato
Normally the Italian media would rather give up their first born than ever criticize Ferrari. headlines like "Elkann save leclerc"
And "The car was there, the driver was there, where was the team?" Show just how bad Ferrari have messed up 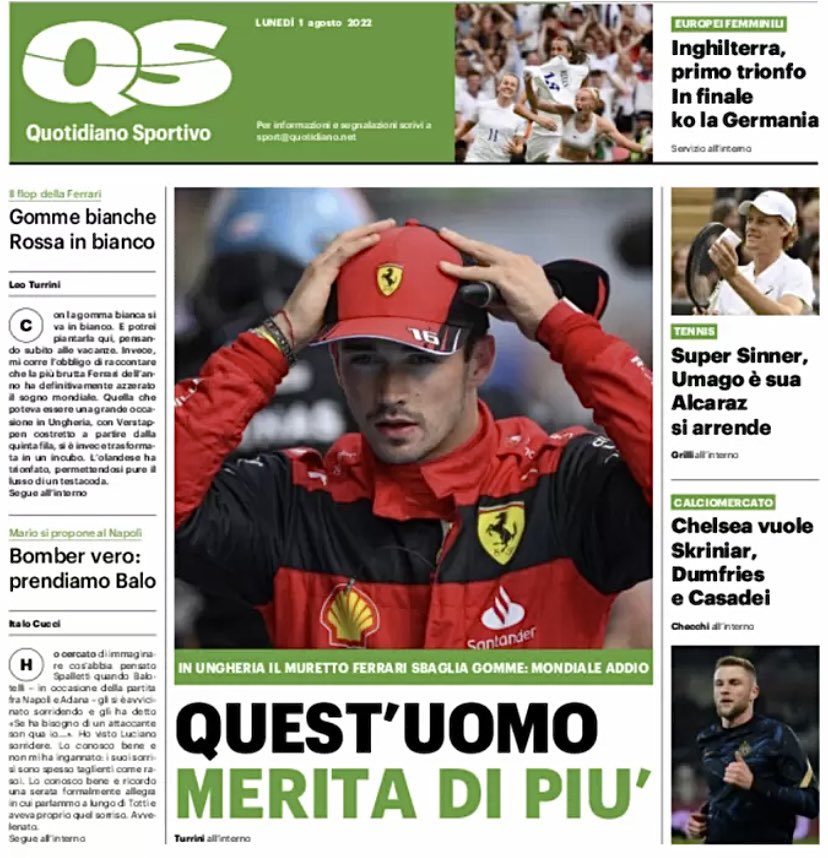 It’s been revealed that Mick Schumacher will have to be working harder than ever before following the summer break after Haas have stalled their contract talks with the German driver for the foreseeable future. Schumacher’s situation was that he was touted as Sebastian Vettel’s replacement at Aston Martin, but with Fernando Alonso taking that vacant seat, Schumacher now has to prove his worth in the ‘White Ferrari’ to keep his seat for next season.

German broadcaster RTL reported that Gunther Steiner believes that Haas holds all the cards, with the American team being the only hope of continuing Mick’s F1 career. Not only will Schumacher be having to prove himself, but he will also have to choose whether he continues to be part of Ferrari’s driver academy. If Haas decided to look elsewhere for a driver, then Ferrari could leverage a team into picking their young star, but leaving the academy would open doors to Williams and Alpine too.