The drivers of Formula One enjoy a week off as the calendar ticks over between the Austrian and French Grand Prix, with Charles Leclerc celebrating his victory in Spielberg with a trip home to Monaco. Meanwhile the stories from the paddock have ticked along as per usual.

Michael Masi Steps Down From FIA

The FIA announced that their former F1 race director Michael Masi has left the organisation, choosing to return to his home in Australia, where he plans to spend more time with friends and family.

He shot to prominence during the 2021 season, often being heard on the other end of radio calls when team principals were protesting or questioning decisions. He faced criticism from stakeholders and fans alike when he resumed the race following a safety car in Abu Dhabi last season. That saw Lewis Hamilton lose out to Max Verstappen after he issued orders for lapped cars to unlap themselves during the period, allowing the Dutchman to regain the time he’d lost and overtake the seven-time champion with fresh tyres. 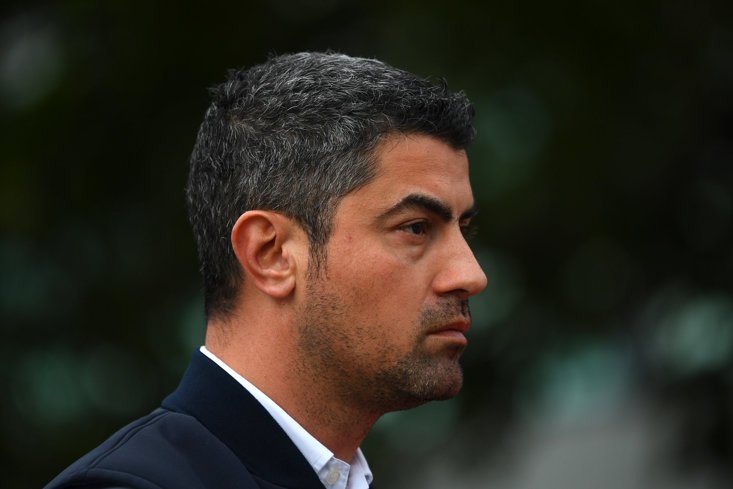 The Australian theme continues, as McLaren’s Daniel Ricciardo took to Instagram to state his intentions of staying at the team for the foreseeable future in response to rumours of him leaving after a disappointing year so far.

Ricciardo swapped Renault for McLaren back in 2021 but results haven’t been glowing since then. Partnering the young Lando Norris, McLaren CEO Zack Brown will have been hoping for steady progression towards the podium for their star duo, but despite a 1-2 finish at Monza last year, the pair can’t quite seem to get their hands on a win.

Norris is the only driver for McLaren to get a podium this year, grabbing third at Imola, but Ricciardo has only finished in the points three times in 11 races. Much can be said of McLaren’s car, which seems to have regressed since the rule changes at the start of the season, but given Norris’s five-place advantage on the Australian in the current World Driver’s Championships standings, it doesn’t bode well for the 33-year-old. 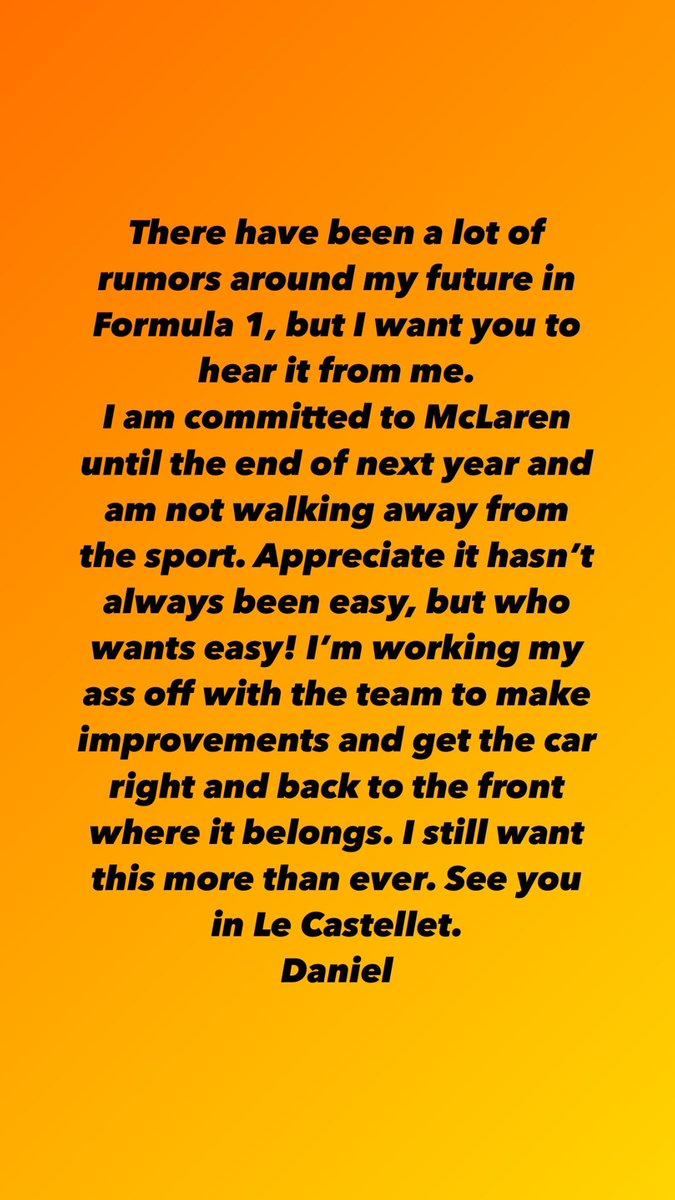 Lewis Hamilton has spoken out on the alleged racist and homophobic abuse that took place last weekend at the Red Bull Ring.

Reports of harassment and abuse from the grandstands were disappointingly common during the race weekend, and the seven-time world champion used Instagram to condemn such behaviour.

Hamilton wasn’t alone, with his team boss Toto Wolff describing the culprits as ‘brainless’ and Sebastian Vettel calling for stronger actions from the chiefs of F1.

In this case, actions speak louder than words and strong action is needed to prevent further instances like this. No one should go to a race weekend and not want to return. 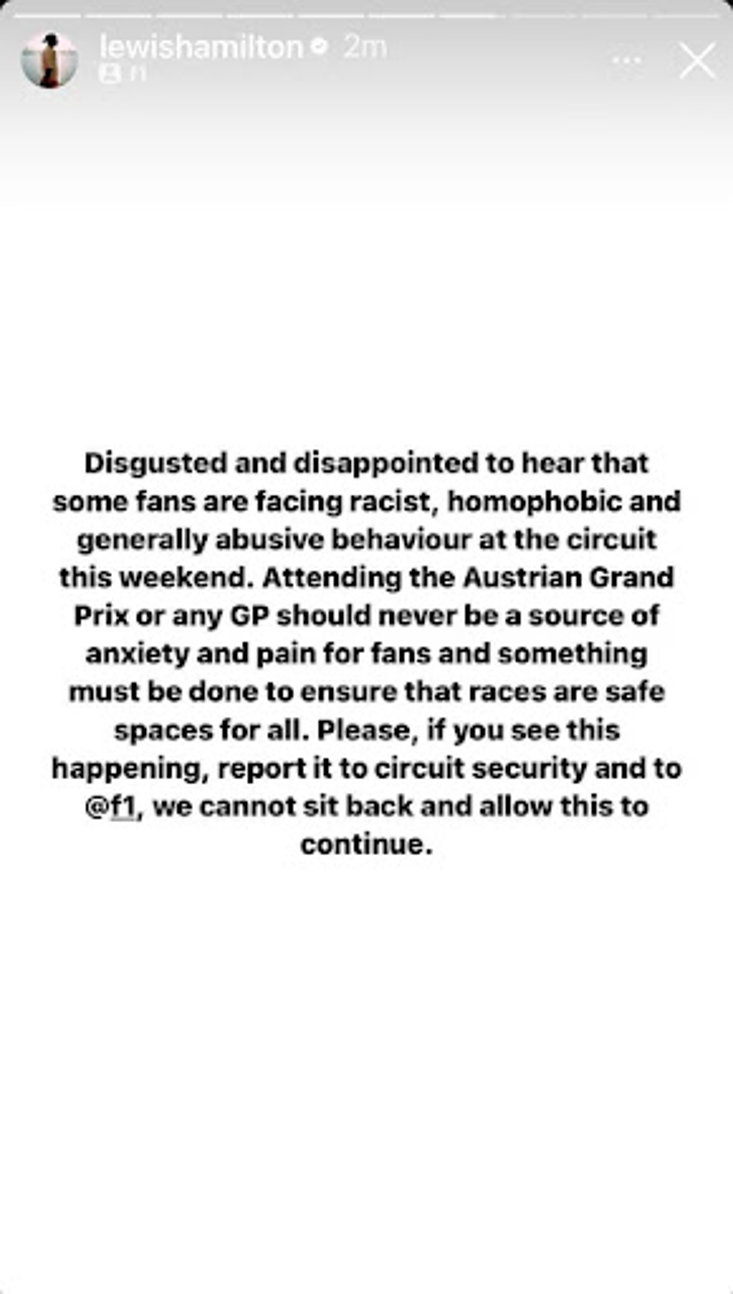 The removal of sausage kerbs has been described as ‘critical’ by McLaren’s Lando Norris following two incidents in as many weeks in separate disciplines of motorsport.

During Silverstone’s F2 showpiece event, Dennis Hauger’s Prema Racing car hit one of the kerbs and bounced wing-first into the halo of fellow driver Roy Nissany. Without the Halo safety device, there’s no doubt Nissany’s life would’ve been at risk.

A similarly-terrifying event happened during the World Endurance Championship at Monza, when Henrique Chaves’ spin was turned into an out of control, flipping crash.

“The car should never have been sent airborne in the first place. Certainly not in such violent fashion,” said Norris. “These things are always more complex than they seem but there is one thing I am concerned about: sausage kerbs.

“I have been critical of raised kerbs in the past, but I think it is time we acted on these warnings and removed them from our sport.

A long-time campaigner for the removal of the blights is reigning GT Cup Champion Abbie Eaton, known for her work on Amazon Prime’s The Grand Tour and the W Series.

Abbie Eaton
@AbbieEaton44
And with that, yet ANOTHER serious sausage kerb incident.
COME ON @fia!
#BanSausageKerbs
606
5815

Eaton suffered two vertebrae fractures during last season’s W Series race at Texas’s Circuit of the Americas. Luckily her injuries were stable enough for a speedy recovery, however the risk of further injuries to more people can be eliminated when the sausage kerbs are removed from tracks.

In lighter news this week, Max Verstappen is auctioning off the helmet he wore in last weekend’s Austrian Grand Prix, with the proceeds going to ‘Wings For Life.’

The prize also includes two VIP tickets for the season finale in Abu Dhabi, and the current price of the helmet is over €130,000.

The Wings for Life charity is a research foundation that aims to find a cure for spinal cord injury, with the cause funding 274 projects to date at research facilities including Harvard and Yale.

The winner of the auction will meet Verstappen in the Red Bull garage in Abu Dhabi where the helmet will be signed and handed over to the new owner. If you fancy raising money and getting a neat helmet out of it click here.