Football
News
While international football returns it is time to reflect on the first phase of the Premier League
Conor Keane
09:29, 20 Sep 2022

The first period of the Premier League is done and dusted and while not everyone has played the same amount of games, we have seen some standout performances from individuals across the division.

As domestic football takes a two week hiatus thanks to the international break, we have decided to take a look at the current best XI from the Premier League so far in 2022-23 based on their average match rating.

It’s been pretty clear for a while that the England number one is Everton’s best asset because without him last year they probably wouldn’t have been able to stave off relegation. Pickford has continued to be as important as ever for the Toffees, turning in more exceptional displays, including against rivals Liverpool. He has so far made 26 saves, with just Dean Henderson, David Raya and Nick Pope making more.

The England defender looks stronger than ever after suffering an injury shortly after arriving at St James' Park in January. The highlight of the season for him so far was his sublime free-kick against Manchester City in their gripping 3-3 draw, but he has also kept three clean sheets and boasts an 88% tackle success rate. He was also on hand to clear a ball off the line against Brighton & Hove Albion during their 0-0 draw. 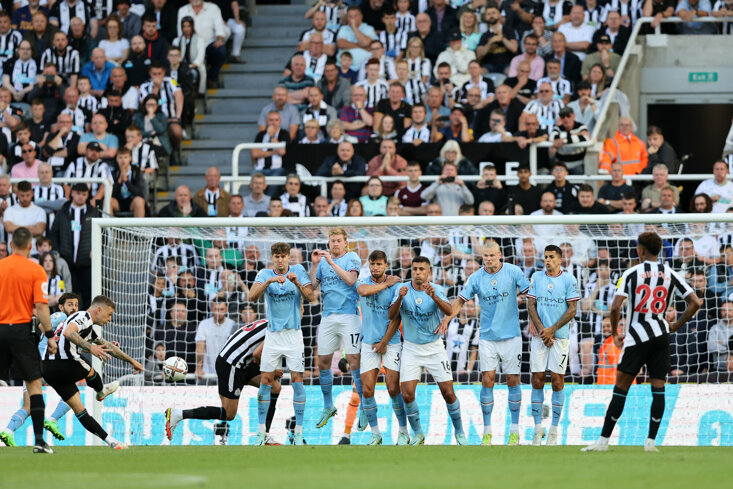 Another Magpie makes the list, which highlights how good Newcastle’s defence has been thus far. Schar has been a revitalised player since Eddie Howe took charge and his performances have continued to grow. Not only can he read situations before they get dangerous, he can score thunderbolts from outside the box as Nottingham Forest found out to their peril on the opening weekend.

In the modern game, Andersen is arguably the perfect centre-half. Not only is he a commanding presence at the back (he currently boasts the most clearances and headed clearances in the division with 59 and 36 respectively), but he is also not shy from spraying beautiful passes over the top for his attackers.

The Portuguese defender is quite spectacular. He looks as comfortable filling in on the left side of the defence than he does on the right. He’s tenacious which makes him a tough opponent for anyone and his elegant style sees him just as good offensively (he scored a stunner against Nottingham Forest) as he is defensively, enjoying a 92% tackle success rate.

There’s no denying Arsenal look like a force this season and while it stems from structure across the pitch, the attack has taken a starring role. Saka has been a key component of this exciting front line, contributing one goal and four assists so far as the Gunners have won six from seven as they sit at the top of the table. 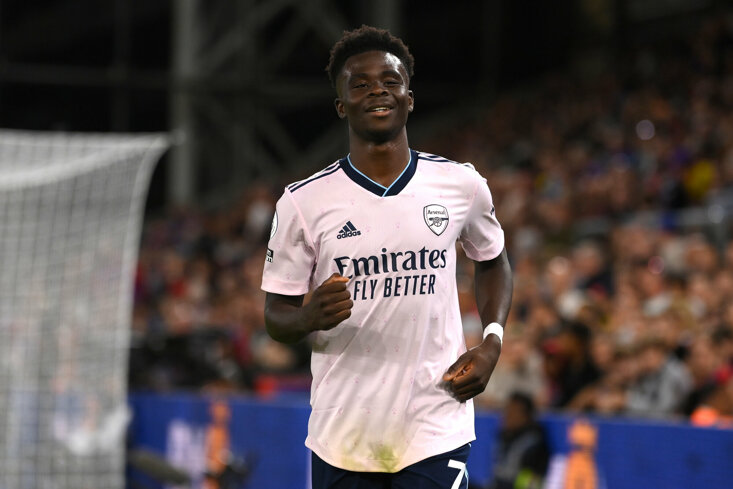 City’s Belgian superstar is an extremely gifted footballer and he has already been involved in seven goals for the reigning champions (one goal, six assists) in his first seven games. He continues to show us just why he is one of the best in the world.

The Danish bulldozer has been effectively carrying out his duties as a midfield enforcer under Antonio Conte, but he has shown more of an appetite for goals this term, having contributed two for his side already.

Like Saka, Martinelli has been an excellent attacking force for Mikel Arteta so far this campaign. Along with his three goals, his neat footwork and close control make him a nuisance for most defenders and that driving ability he has has been a great asset to the side.

It was never in doubt, was it? The Norwegian goalscoring sensation has already shown he means business in the Premier League. Seven games, 11 goals and one assist. He looks on course to break a whole host of records while he’s a City player and his incredible movement is going to see him score a ridiculous amount of goals.

After a record-breaking 43 goals in the Championship last time out, many were hoping the Serbian would be able to make a splash in the top flight. Like Fulham, he has done just that. With six goals in seven games, only Haaland has scored more goals than him. Fulham fans will be ecstatic with how he has carried his form over. A lot of credit has to go to Fulham boss Marco Silva for unlocking this version of the towering forward.