Football
News
This summer, Giovanni van Bronckhorst has had an opportunity to put his stamp on the team
Graham Semple
11:35, 26 Jul 2022

The signing of Ridvan Yilmaz is expected to end a flurry of transfer activity for Rangers - and Giovanni van Bronckhorst has stated any further arrivals will be determined by outgoings.

Seven players arrived during a condensed summer spending spree, and six first-team contributors have departed. While rich in depth, it remains a bloated squad that needs to be streamlined. It is in the interests of Nikola Katic, Jack Simpson, Stephen Kelly and Glenn Middleton to pursue new opportunities.

The Rangers directors have continually emphasised their intention to implement a player-trading model, and this summer, the plan has finally been put into practice. The departures of Calvin Bassey and Joe Aribo have raised an impressive £27 million+, an impressive return for a pair snapped up at minimal cost.

Buying low and selling high is the club’s modus operandi, but it will only remain a viable concept if the recruitment team continues to uncover quality on a restricted budget. Rangers have lost two of their best players, and in a city where second place is considered last, the pressure is on the new arrivals to hit the ground running.

John Souttar was the first summer signing after agreeing to a pre-contract in January. When the former Hearts defender confirmed his move across the M8, Connor Goldson looked set to leave Rangers - but the Englishman has since penned a four-year extension. It is unclear whether Souttar was viewed as a Goldson replacement, but with Ben Davies arriving from Liverpool last week, the Scotland internationalist appears to be the third option for two positions.

Yilmaz will compete with Borna Barisic for the left-back role, while Tom Lawrence will provide a much-needed goal threat from outside the box. Malik Tillman, although highly regarded at Bayern Munich, remains an unknown quantity due to a lack of first-team action in his young career. 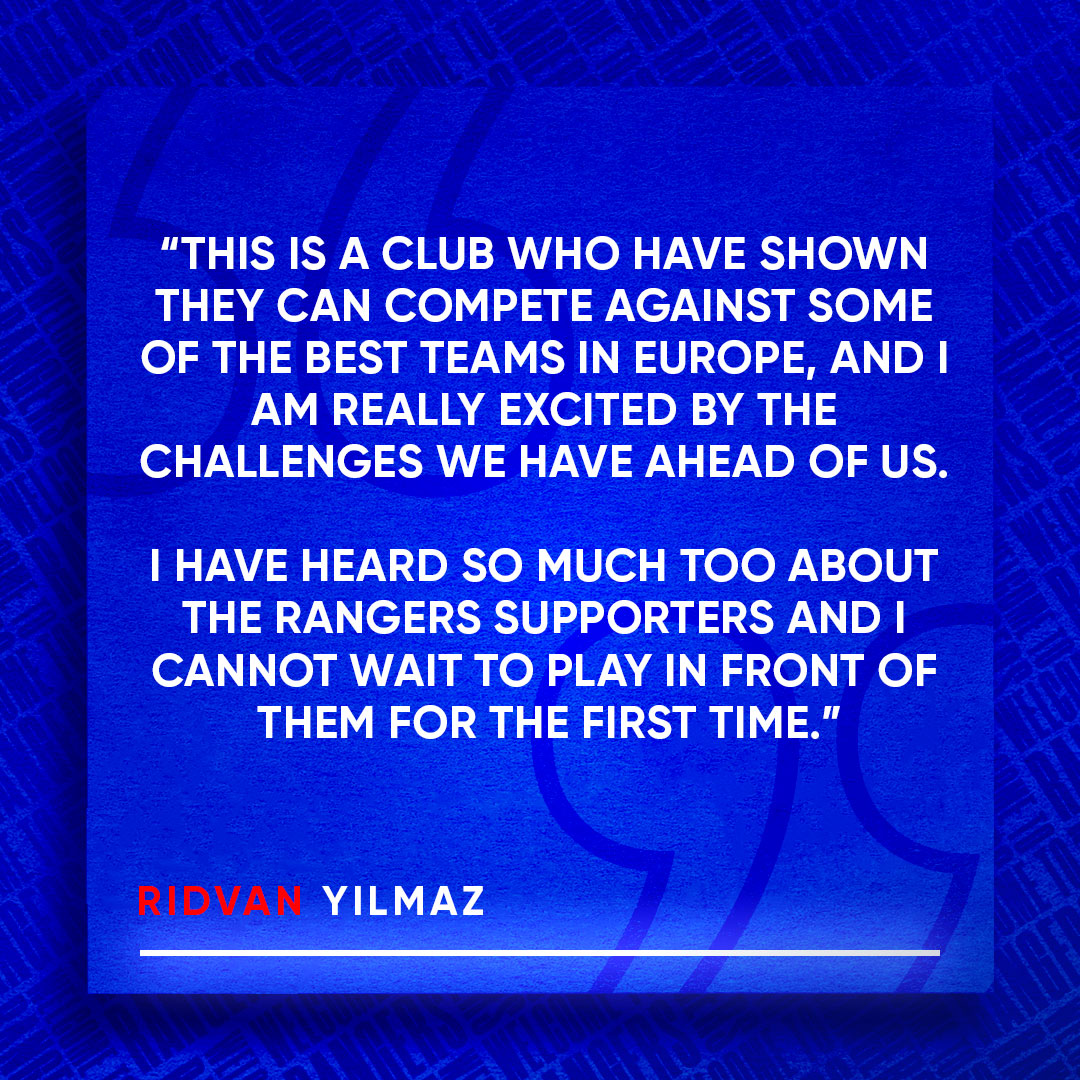 The standout performer in pre-season has been Rabbi Matondo. The Welshman struggled to fulfil his early promise after a big money move to Schalke, but his loan to Cercle Brugge has him trending in the right direction again. His blistering speed is eye-catching, yet it has been his composure and ingenuity around the box that has been most impressive. Pace is vital in the modern game, however Rangers regularly encounter opposition content to absorb pressure and minimise space.

Antonio Čolak was purchased to add depth to the striking department, but with Kemar Roofe and Alfredo Morelos still unavailable, the Croatian is the sole option to lead the line. The 28-year-old will be required to deliver in the Champions League qualifier against Union Saint Gilloise - and it’s far from an ideal scenario for Van Bronckhorst.

Snapping up a fourth striker, likely as a stopgap, appears to be an option the Europa League finalists are unwilling to pursue. It is an understandable decision, but it leaves them vulnerable in a key position heading into the most pivotal games of the season. Roofe has been linked with a loan move away from the club, and it would make sense for Rangers to allow a perpetually injured player to move on. His goalscoring prowess is not in doubt, but his physical issues are problematic.

While speculation will continue regarding Roofe, Rangers remain vulnerable to offers for Morelos and Ryan Kent. Van Bronckhorst is optimistic the Colombian will extend his contract in the coming weeks, and it would be a significant boost for the Ibrox faithful if he remained. Glen Kamara is another high-profile asset that could attract interest in the remaining weeks of the window, and it remains a mystery why no club has yet taken the plunge and made the Light Blues an offer they cannot refuse.

Van Bronckhorst did an impressive job last season with the squad he inherited from Steven Gerrard. This summer, he has had an opportunity to put his stamp on the team - and his objectives are clear: regain the title and qualify for the Champions League.

Rangers are 6/5 to win the Scottish Premiership with Betfred*