World number one Gerwyn Price can add the Grand Slam of Darts trophy to the World Championship he won back in January, after dominating Peter Wright at the Aldersley Leisure Village in Wolverhampton. In a rematch from the 2019 final, ‘The Iceman’ froze ‘Snakebite’ in his tracks 16-8.

Price averaged 104 to Wright’s disappointing 91.5, and had wrapped up a one-sided affair after barely an hour. The Welshman lifts the trophy for the third time in four years, re-asserting his dominance in the tournament after being upset by Nathan Aspinall in the second round last year.

Price was coming into the final having beaten James Wade in similarly convincing fashion earlier in the day. Wright had a much tougher time of it in his semi final, having to come back from 12-8 down to win 16-12 against Michael Smith. The toll of this tough game, against a man who had seen off Michael van Gerwen in the quarter final, surely had an impact on the world number two’s performance against his rival in the final. 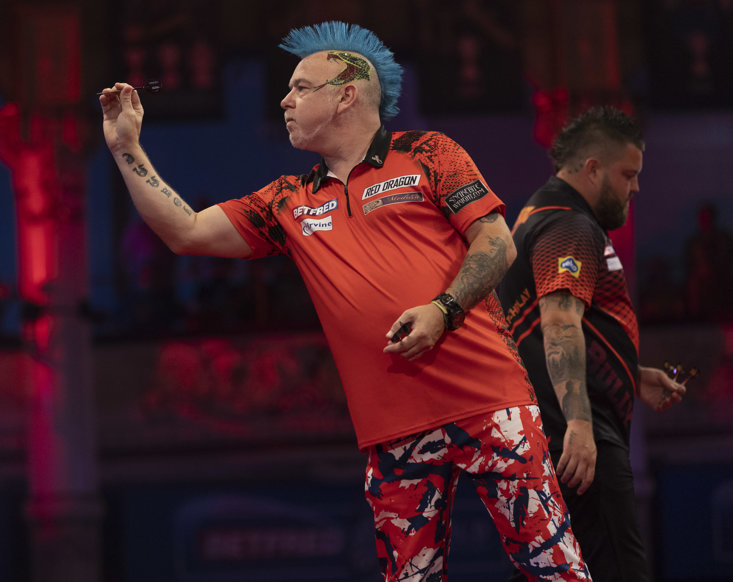 The two men were each playing their third Grand Slam final. Gerwyn Price had won his previous two while Peter Wright had fallen twice at this hurdle. Sunday’s showpiece followed the script in this regard, with Wright triumphing on a stage he has made his own over the past few years. The Welshman started fast, defying the boos with a 140 checkout. His remarkable consistency was on show, not missing a dart on a double until the eighth leg.

Leading 4-1 going into the first interval, Price curtailed a potential Wright comeback by racking up six consecutive legs to go 10-3 up. Wright had won his last four televised finals, but never looked likely to extend that run in Wolverhampton. Price rebounded from his 5-1 loss to World Cup teammate Jonny Clayton in the final of the World Grand Prix last month.

Gerwyn Price remains on top of the world rankings going into next month’s World Championship. As well as Wright, there will be stiff competition from Michael van Gerwen, Jonny Clayton and Rob Cross to contend with at Alexandra Palace. In this sort of form, he might just repeat his 2020 success and walk away with another trophy.