Football
News
For many promoted sides, the dream of the Premier League is better than the reality
Simon Lillicrap
10:00, 02 Mar 2022

Leeds United’s recent dismissal of Marcelo Bielsa prematurely ended a truly special relationship between football manager and fans, but it also got us thinking about one of life’s greatest desires. Happiness.

Leeds’ rise to the Premier League was utterly joyous for the fans, as the transformative manager finally led the Yorkshire side back to the promised land. But as we have seen so many times, that promised land of riches and gold has now forced the club to part ways with the boss they held so dear.

As Leeds are discovering, the journey to the Premier League for so many is better than the reality of being in England’s top division. Bournemouth’s five seasons of Premier League football were both impressive and respectable, but their fans will forever cherish their climb from League Two to the top table - rather than the view from the top.

Joining the elite clubs means having to compete with them. Playing them for the first time in several years domestically, as Huddersfield Town did, can create some unforgettable memories such as that win over Manchester United, but it is mainly a season of consistent misery. Losses are demoralising and without unrealistic financial backing, there is no way of closing the gap.

The top of the Premier League is almost a closed shop, and even for those big spenders at the top, the above quote suggests that they cannot be as happy as those lower down the leagues. Manchester City won the Premier League and the League Cup last season, meeting their own expectations, but then lost the Champions League final they were expected to win.

Would their fans be considered particularly joyous? 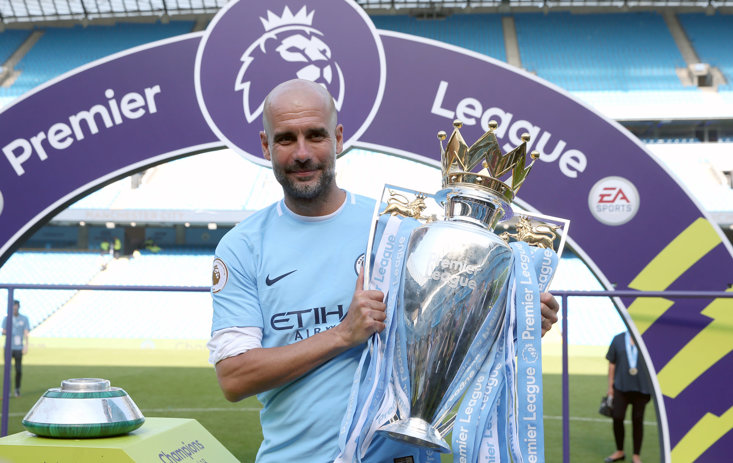 Now happiness is individualistic, so let’s add some personal perspective to this theory. I’m a Coventry City fan which means I’ve seen three relegations in my lifetime. My team didn’t finish in the top six of ANY division for 49 seasons. But in the last few years I’ve seen us rise from League Two to the top half of the Championship and it has been the happiest time I can remember - but I'm also well aware that this is probably as good as it is going to get.

Having said that, the wins in League Two felt just as good as they do in the Championship. Every three points gave me exactly the same feeling. So if the winning feeling is exactly the same no matter what level you are at, surely getting that feeling as frequently as possible is the most important thing for happiness?

This theory would suggest that perhaps, the further away from the Premier League your club is - the happier you can be. But there are other factors at play that must be considered. The lure of the Premier League and the financial reward is the ultimate goal for any EFL club. The thought of playing against the big boys is mouth-watering and until the cold reality of 6-0 losses hits in, the dream can remain exactly that.

A thing of sheer fantasy.

So perhaps the happiest place to be, is battling for promotion in the Football League. League Two perhaps seems too far from the riches of the top flight and the Championship is somewhat distorted by parachute payments; it is making promotion almost impossible for those without and leaves little room for romanticism.

So that leaves one division. It turns out that the top ten of League One is the hotbed of football happiness, as long as the reality of your club’s season is greater than your expectations.