Football
News
From Mourinho meltdowns to a light Dan Levy, we've got a lot to unpack from the Amazon Prime doc
Jack Porter
11:00, 04 Sep 2020

“You have to be a bunch of bastards!” Annnd with that, we’re hooked. The last day of August finally, thankfully brought a welcome first delicious calorific helping of the long-awaited docuseries ‘All or Nothing’, releasing with a total of three episodes per week.

Guided by the sultry tones of actor Tom Hardy, you’re granted all - and occasionally explicit - access to Tottenham Hotspur during their first campaign in their new billion-pound stadium, filmed across the entire 2019/20 season. And though it begins with Mauricio Pochettino in the Spurs hot seat, after the first twenty minutes that eventually chronicle the Argentine’s departure from N17, this TV dynamite quickly becomes The Mourinho Show. And who wouldn’t want to be granted the privilege of following the inner-workings of one of the greatest gaffers of all time? Viewers to the Amazon Prime series have enjoyed that Michelin-starred starter, and here’s what we want answering as we await the main course..

Will Mourinho Remain A Man Of The People? 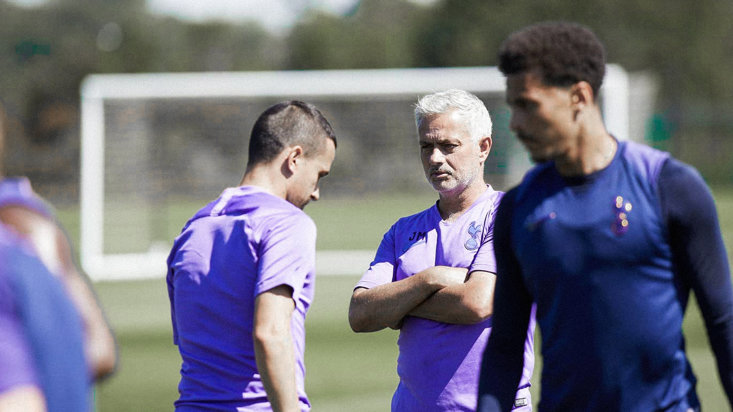 The Mou era at Spurs started brightly. It was all the fist-pumping, lucky-charm kissing, and ball-boy hugging. But as the series hints with the climax of Episode III, dark clouds are on the horizon, and not just from that ominous COVID cloud. As every Premier League fan will be well aware, Spurs’ pursuit of Champions League football ultimately ended in failure. But in addition, the Lilywhites were without their talisman for a substantial part of the campaign. Harry Kane, scorer of 27 goals in 31 appearances for club and country so far that season, suffered a tear in his left hamstring during the New Year's Day fixture against Southampton. An injury to attacker Son Heung-ming left Mourinho bereft of upfront options, and had the potential to severely stunt the Spurs attack at a key part of the season. How did the gaffer really react? Hopefully, with a few more travails, the audience will really get to witness the Mourinho we have grown to love and to loathe.

Will We See The Real Daniel Levy?

“I think the perception of me is that I’m hard-nosed, stubborn, don’t care, not ambitious,” the long-time Spurs chairman declared in Episode I, “I think a lot of that isn’t fair.”

For all the insight into the dressing room, manager’s office, training ground, and pitchside manner, the Amazon series, like Manchester City’s version before it, is ultimately an exercise in publicity.

The perception of Daniel Levy in the wider world, outside of Lilywhite House, was one of an uncompromising numbers-man, the one who would rather sell his family dog than let a left-back leave for less than £50million. The bloke with Spurs surging through his veins. The docuseries has certainly started to hint at showing another side to the man most will only know through the back-pages and transfer gossip columns.

“We want to be a club that is known as a caring club,” he states in Episode Two, “Certainly from a personal viewpoint I care about making a difference.”

Are we really ready to see the lighter side of Levy? 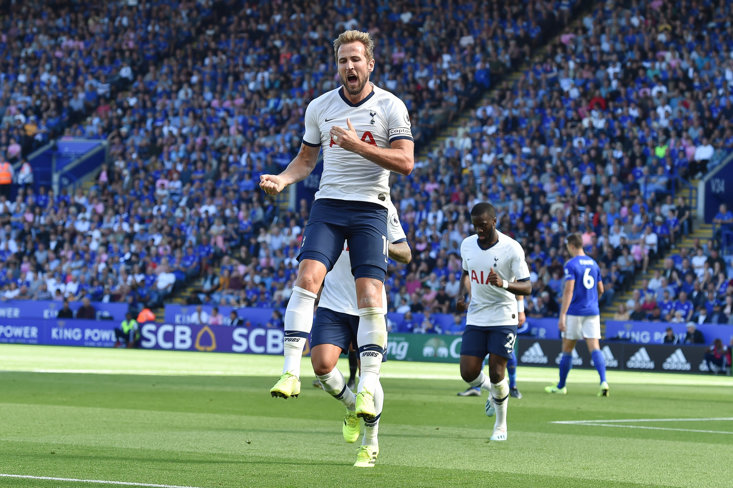 “We f*cking kill ‘em!” “We f*cking qualify!” “We f*cking win!” Who knew the peerless prolific poacher could be so potty-mouthed? As skipper, Kane gets the last word in the dressing room, in an attempt to gee up the troops with a rousing speech. He’s no Churchill, that’s for sure. In fact, his rallying cries are more pub league than Premier League, but it’s great to see both England and Spurs’ focal point making the most of his position.

How Many More Levels Can We Get From Eric Dier?

The life of a top-level footballer is boring. Lucrative. But boring. The series reveals the mundanity of routine, routine, regimented routine, training, training and more training. With only 90 minutes of the game per week you actually love to look forward to (maybe twice a week with a bit of European competition on the side). In Episode II, we truly feel the anguish of Eric Dier when he’s substituted just half an hour into a game, after preparing all week. The mundane turns to the pure miserable. You can’t help feeling sorry for Dier, who’s clearly an English footballer with a difference. He’s refreshingly honest and as the series rolls on, he reveals more and more levels to his character.

It’s well known that Dier was Portugal-raised since the age of seven, but seeing him conversing with his gaffer in Mou’s native language, still makes the old eye-bulbs pop open. You can sense how chuffed Mourinho is with the conversation. He’s impressed. And he doesn’t impress easily.

We can’t wait for Dier to take it to the next level.

So, How Should You Brush Your Teeth?

Forget pondering whether a leopard can ever change his spots, and whether Mourinho remains a slave to a defensive rhythm. Even stop speculating as to whether Eriksen will ever smile. He won’t.

No, the best most intriguing enigma of the series so far was provided by Mr Dele Alli. “When you brush your teeth, what order do you do it?” poses a perplexed Alli in the physio room at Enfield.

"Is it toothpaste, water, brush? Or water, toothpaste, brush?" Welcome to Question Time, with Dele Ali.

Whatever the answer, we’re hungry for more of this intriguing, insightful, Amazon Prime series.