Football
News
The midfielder has already experienced a rollercoaster career by the age of 23
Tom Kundert
08:02, 27 Jun 2021

If, after Renato Sanches’s magnificent contribution to Portugal’s 2016 European Championship triumph, you had told football watchers that the combative midfielder would be the heartbeat of the national team in the defence of their crown at the next Euros, they would have believed you. And so it has come to pass. However, the intervening years have been anything but a smooth ascension for the teenage prodigy. Only now, with impeccable timing, is Sanches back at the very top of his game. The Portuguese's midfield dynamo's career has been a curious one so far to say the least.

As a 12-year-old, Sanches was signed by Benfica from a kids’ team based in the rundown Lisbon neighbourhood of Musgueira in exchange for 750 euros and 50 footballs. He was soon considered one of the most promising youth players at the club’s famous Seixal academy, a football school that had recently spawned talents such as Bernardo Silva, André Gomes and João Cancelo.

Sanches was handed his Benfica debut in October 2015 and grabbed his chance with gusto. He immediately became a first-team regular and was a huge reason behind a sensational run of results that pushed the Eagles to what had looked like an unlikely league title triumph that season. In 24 league games, Sanches experienced defeat just once, with one draw and 22 victories as Benfica clawed back a substantial points deficit to pip Lisbon rivals Sporting to the Portuguese championship.

Still only 17 years old, Sanches was a phenomenon, his untamed strength and energy in the middle of the park marking him out as a special talent, even in Champions League matches. Bayern Munich had seen enough. The German giants completed the deal to purchase him before the 2015-16 season had finished. The transfer fee was €35 million plus add-ons. Unlike five years earlier, no footballs were included in the package.

Renato went on to shine just as brightly in the European Championship, playing an integral role in Portugal’s conquest of the nation’s first major trophy in France. It was no surprise when the teenager was named Young Player of the Tournament. With domestic, international and individual silverware coming his way in a whirlwind nine months, the game of football appeared to hold no secrets for Renato. 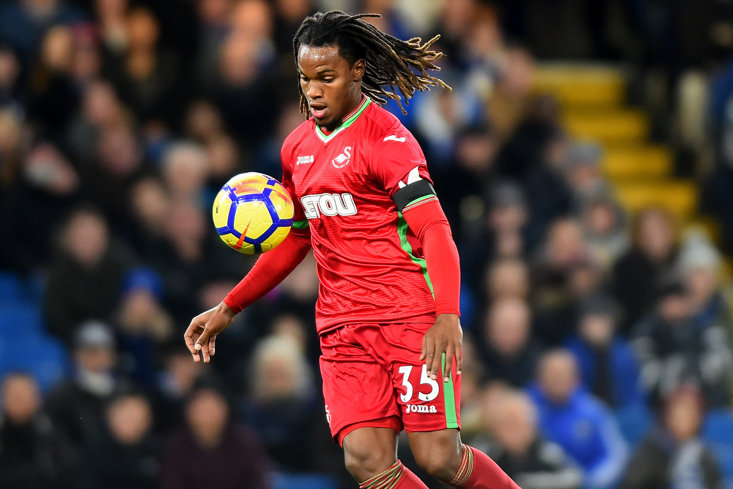 That was when his meteoric rise hit a wall. Sanches suddenly found himself competing with consecrated and fully-matured Rolls Royces of midfielders such as Xabi Alonso and Thiago Alcântara, as well as emerging star Joshua Kimmich, even before you factor in the difficulties entailed in trying to get to grips with a new country, a new culture, a new language and new teammates.

Sanches struggled to impose himself at the Allianz Arena, with a series of injuries also holding him back. Over the next three years manager Carlo Ancelotti left, replaced by Jupp Heynckes and subsequently Niko Kovač. All three coaches told Sanches he would be given a chance, often alongside public assurances to that effect, but in reality none of them seemed to believe the Portuguese midfielder was deserving of a long run in the team.

An attempt to help Sanches regain confidence by sending him on loan to English Premier League team Swansea City, at the time managed by Portuguese coach Carlos Carvalhal, backfired badly. More injury woes hindered Sanches, who in one of his few appearances for the Welsh club, completely bereft of confidence, famously passed the ball directly out of play to an advertising hoarding.

His hapless club form inevitably impacted negatively on his international career. Sanches was nowhere to be seen in Portugal’s squads for the Confederations Cup (2017), World Cup (2018) and Nations League (2019). 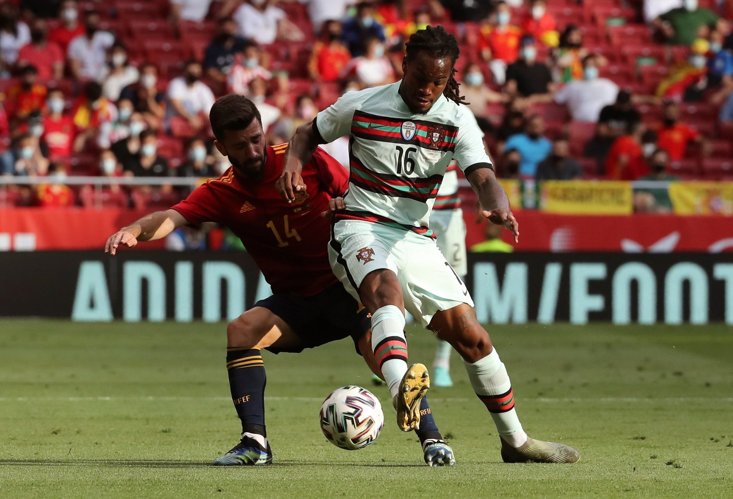 HE HAS RETURNED TO THE INTERNATIONAL FOLD WITH A VENGEANCE

At the start of the 2019-20 season, Sanches and Bayern finally cut ties, the Portuguese moving to northern France as he signed for Lille. Away from the unforgiving glare of being at one of the world’s most high-profile clubs, Sanches began to find his groove again. An excellent debut campaign in France was followed up by an even better one as Lille pulled off a shock Ligue 1 triumph in 2020-21.

For the first time since his Benfica days, Renato had played a major role in driving his team to glory. Fernando Santos brought Sanches back into the international fold and the Lille midfielder responded well, putting in excellent displays in the March World Cup qualifiers. He was named in the 26-man squad ahead of the delayed 2020 European Championship.

Sanches did not start in Portugal’s first two matches against Hungary and Germany, but sparked Portugal’s midfield into life upon his introduction on both occasions. It was no surprise when Santos heeded the deafening calls to start Sanches in the decisive Group F encounter against France, and the midfielder duly responded with a Man of the Match display in a thrilling 2-2 draw. His driving energy in the middle of the pitch, despite having to compete against Paul Pogba and N’Golo Kante, resulted in Portugal’s best performance at the tournament so far and signalled to the world that Renato Sanches was well and truly back to his best.

At just 23 years of age, Sanches theoretically has his best football years ahead of him and it would be no surprise to see him as the fulcrum of Portugal’s midfield at the next European Championship. Unlike in 2016, however, you should not expect Sanches to do a disappearing act in the intervening years.