Athletics
News
The Nike Vaporflys are used by many of the top athletes in the world
Simon Lillicrap
13:16, 15 Jan 2020

Ever heard of the running trainer that made athletes too quick? Nike’s record-breaking running shoe is set to be banned by World Athletics this year as the governing body scrutinise the regulations regarding footwear despite the Nike Vaporflys being used by most of the top athletes in the world.

Brigid Kosgei, the current women’s marathon world record holder broke Paula Radcliffe’s long-standing record wearing the Vaporfly’s while another model, the AlphaFly’s were worn by Eluid Kipchoge, the fastest marathon runner in the world. His successful attempt to run the 26 miles under 2 hours last year was a milestone moment in the sport yet counted as an unofficial record due to the controlled environment he ran in.

However, Kosgei could yet have her official world record taken away from her due to her shoes. The Kenyan’s remarkable time of 2hr 14min 04sec smashed Radcliffe’s record by over a minute wearing these remarkable trainers, but could she have broken the record wearing the ‘normal’ trainers?

Nike’s ZoomX Vaporfly Next%, the latest model, contains a hidden carbon fibre plate in the deep midsole of the shoe, which has been developed to improve running efficiency. The thicker foam sole also reduces the load-bearing on the calves and transfers some of the athlete’s energy into their next stride. To improve responsiveness, the foam has also been infused with nitrogen - without a doubt, these are some hi-tech shoes.

Nike.com
@nikestore
A racing shoe for breaking records.
The Nike ZoomX Vaporfly NEXT% is here with more ZoomX foam and an all-new VaporWeave upper.
Simply put, it's the fastest shoe we've ever made.
Shop now:
53
241

The top of the shoe is made with a material called ‘ripstop’, developed not only to be the lightest it can be, but also to be completely waterproof, meaning that even in the rain the shoes remain lightweight.

World Athletics have now appointed an expert panel to review not only the rules but the products as athletes not sponsored by Nike feel they are not competing on a level playing field. And they aren’t. Present regulations state that shoes must be "available to all" but given the different sponsorship deals athletes sign, they simply aren’t.

The expectation is that there will be some limitations brought into place about the thickness of the foam and the use of carbon plates. It is not only in the long-distance events that Nike are looking to give their athletes a big advantage. There are fears that Usain Bolt’s sprint world records could tumble to lesser athletes if they are allowed to wear Nike’s prototype spiked shoe, which has some similarities to a running blade.

Cathal Dennehy
@Cathal_Dennehy
Get set for the Vaporfly debate to hit sprinting...the Nike prototype spike that could change the game in 2020. 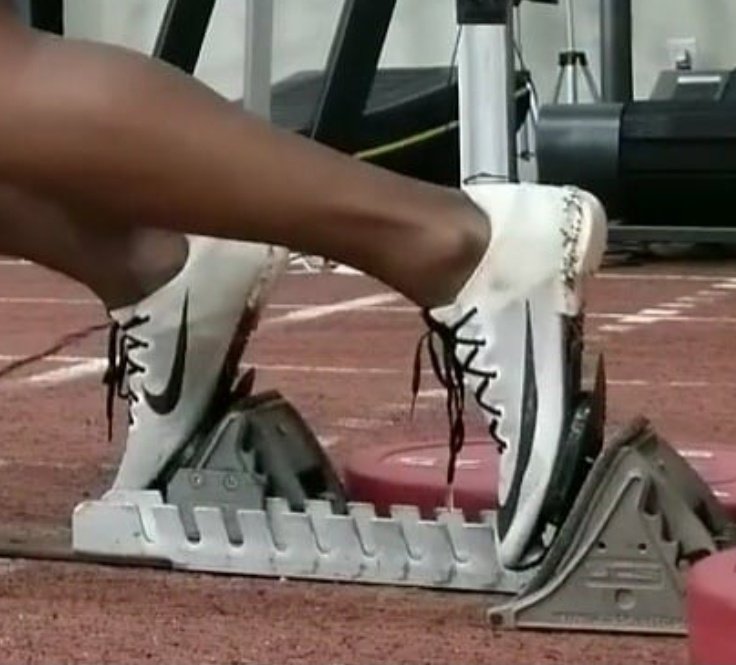 Although technology allows athletes to run faster than ever before, there is a line as to supporting athletes achieve their best time and physically benefitting them to achieve times they would never be able to run without the technology. These sprinting blades cross that line.

All eyes now turn to the World Athletics panel as to what legislation they bring in but any restrictions are likely to see times getting slower, over the longer distance. Whether the women’s world record for the marathon is allowed to stand is another controversial matter that needs to be resolved.