Football
News
In September, the SPFL commissioned Deloitte to conduct an independent review into how to increase revenues
Graham Semple
12:28, 10 Jun 2022

The SPFL confirmed earlier this week that over four million supporters attended matches during the 2021/22 season. The professional leagues in Scotland have recovered well since the easing of Covid restrictions, and the top flight remains one of the highest attended leagues per capita in Europe.

The turnstiles have started clicking again, much to the relief of finance directors across the country. The enthusiasm and dedication demonstrated by match-going supporters on a Saturday afternoon remains unmatched, yet the SPFL continues to struggle to generate funds to support member clubs.

The commercial revenue of the Scottish Premiership has rarely flickered above mediocre, and the lack of finance is a constant source of friction between irate clubs and the governing body. The current Sky television deal is worth £125 million to the SPFL over five years - considerably less than the revenue generated in comparable leagues in Belgium, Denmark, Norway and Sweden.

Consensus rarely exists in Scottish football, but there has been a unified push from clubs to formulate a strategy to uncork the potential of a floundering league. In September, the SPFL commissioned Deloitte to conduct an independent review into how to increase revenues - and the findings will be released during the summer.

Early suggestions, perhaps unsurprisingly, indicate the independent review will support Aberdeen chairman Dave Cormack’s belief that doubling television revenue within the next five to 10 years is a realistic goal.

“When you look at the television deal we have currently got in place with Sky, and Sky are fantastic partners, so no criticism of Sky whatsoever, we have undersold the product,” he explained.

“We need to be marketing Scottish football in a much better way than we do. Look at the product we have got at the moment. Look at where our coefficient is in Europe - we are playing quality teams - but when you look at the value, take the Old Firm game, for example. There are four a season. We know Sky is paying £7.5million per game for the Premier League [EPL] package. 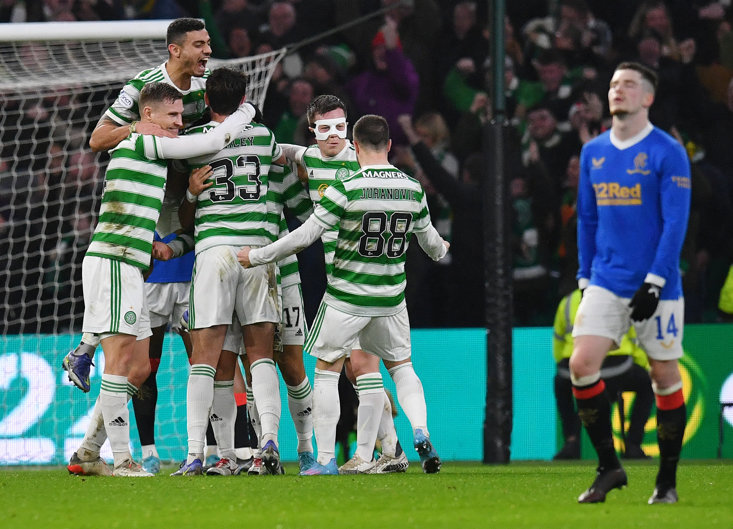 “The Old Firm games are at the same level as some of the top [EPL] games. It is recognised as being one of the world’s top derbies. If you take the four Old Firm games alone, that is the equivalent of £30million of value based on the Premier League payment terms. But the SPFL as a league is only getting £25million for 48 league games? How can we say we have sold that well?”

Robertson’s comments are thought-provoking, but while he may consider Sky an excellent partner, the broadcaster decided against using their full quota of matches last season. They used just 41 of their 48 allocated slots, reinforcing the belief north of the border that the Scottish Premiership is a mere inconvenience to those at Sky headquarters.

The SPFL’s search for a title sponsor finally ended at the start of this season. Cinch signed a five-year agreement worth a modest £1.6 million a year - a paltry amount when split between 42 member clubs. Similarly to teams across the four divisions in Scotland, the Cinch logo features prominently on the sleeve of Tottenham Hotspur shirts, however the used-car specialists have to pay vastly more to be associated with the Lilywhites.

The SPFL Chief Executive, Neil Doncaster, hailed the value of the Cinch contract, yet like most deals he has negotiated throughout his never-ending tenure, the figures involved do little to move the dial. The former Norwich City employee has occupied office space at Hampden for over 13 years, and while he has overcome numerous challenges, he remains a polarising figure.

A change at the top would demonstrate the seriousness of member clubs to reboot and reignite a stale organisation. For much of its existence, the SPFL has been run with the ambition of a bowling club committee - and implementing a clear strategy and investing in infrastructure is long overdue.

Several small changes would also improve the marketability of the Premiership. Lunchtime kick-offs are rarely good spectacles and should become less frequent, artificial pitches should be outlawed from the top flight and clubs should be incentivised to maintain quality grass pitches all year round.

Increasing the number of packages available to broadcasters would, in theory, help increase television revenue. Premiership clubs are no longer willing to gratefully accept loose change, but generating additional funds will remain a challenge for the league - especially if Sky remains the only show in town.