Boxing
News
For a fighter often defined by his impressive performances in defeat, 'Del Boy' has some excellent wins
Joey Mills
18:05, 07 Jul 2022

Despite being perhaps the most entertaining British heavyweight of this generation, Derek Chisora’s career has been defined by his losses. ‘Del Boy’ was superb in defeat to Vitali Klitschko for the WBC heavyweight championship, waged unforgettable wars with Dillian Whyte in two fights he lost and captivated the public in his knockout loss with David Haye. Chisora is pure box office, even though he does not always win.

But Chisora does have some very creditable victories on his record. Domestic grudge match victories, upset victories over unbeaten prospects and multiple title wins. To celebrate his rematch with Kubrat Pulev this Saturday, The Sportsman are looking back on the five best victories in the career of Derek Chisora.

A changing of the guard, Chisora burst onto the domestic scene by blasting through Danny Williams in two rounds to win the British heavyweight championship. While Williams was a fading force, his 2004 win over Mike Tyson and subsequent WBC title challenge against Vitali Klitschko had made him a household name. Then Chisora screwed him up like yesterday’s newspaper. A star was born.

The unbeaten American had been touted for heavyweight stardom since his days as a standout amateur. Chisora had lost three of his last four, being defeated by the fearsome trio of Robert Helenius, Vitali Klitschko and David Haye. The table looked set for Scott to step up to the next level by taking the scalp of a respected, but fading, contender. As he often does, ‘Del Boy’ had other ideas. Chisora tore into the favourite, clubbing him to defeat in six rounds. Scott’s career never really recovered, and he now serves as the head trainer to Deontay Wilder.

Building on the momentum of the Scott result, Chisora targeted the European heavyweight belt next. He met 25-year-old German Edmund Gerber for the vacant title, opening a cut on his opponent before stopping him in the fifth round. A dominant performance to clinch the most prestigious championship of his career. Gerber only lost one other fight during his career, a majority decision defeat to Michael Sprott. 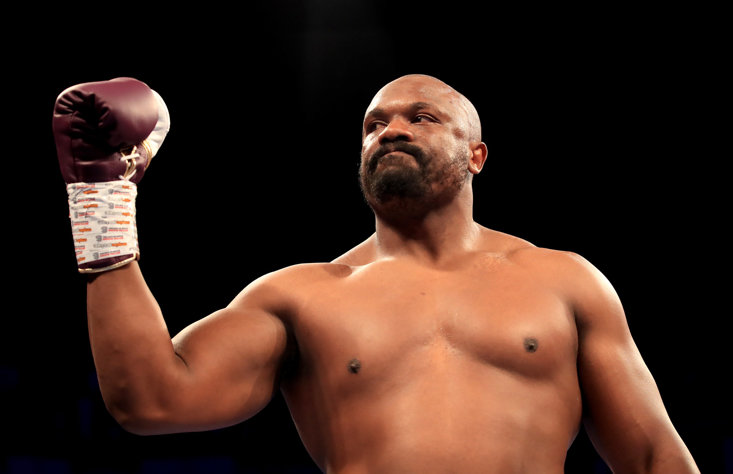 The Cameroon-born slugger was looking to get back on track after losing a world title challenge to Anthony Joshua. As heavyweights looking to rebuild often do, he came knocking on Chisora’s door. The man they call ‘War’ would make Takam wish he hadn’t bothered. In a gripping bout, Chisora was behind on the judges scorecards going into the eighth round. A pair of crunching overhand rights later, and Takam had been to the canvas twice before being stopped. Once again, ‘Del Boy’ had pulled a result out of the fire when the only one who believed in him was himself.

There is nothing quite like a heavyweight battle of Britain. Chisora himself had lost a quartet of high-profile bouts to Tyson Fury and Dillian Whyte. But his heavily-hyped collision with David Price ended in his dominant favour. The erratic Liverpool puncher was coming into this meeting off the back of three wins, while Chisora had just scored a strong win over Artur Szpilka. On the night, Chisora’s quality told as he won a bruising encounter by fourth-round stoppage. It was a statement win from a fighter who is too often defined by his losses.

chisora 9/4 to beat pulev with betfred*