Some housekeeping before we dive into the list. Last month’s number one, Tyson Fury, is not ranked in our June list. The reason for this is that we have decided to take ‘The Gypsy King’ at his word and consider his retirement official. If Mr Fury does not want to be considered a professional boxer at this stage, who are we to argue? If the WBC, The Ring and lineal heavyweight champion fights on, his position will of course be reconsidered.

The bigger they are, the harder they fall, and in terms of reputation they don’t come much bigger than ‘Canelo’. The Mexican started the month being talked up for a hubristic shot at unified heavyweight champion Oleksandr Usyk. By the end of the first week of May, he had lost for the first time in nine years. Alvarez lost by unanimous decision to WBA light heavyweight champion Dmitry Bivol in a major shock.

Alvarez already knows when and where he will attempt to rebuild. ‘Canelo’ will defend his undisputed super middleweight crwon against old rival Gennady Golovkin in September.

If this were a pound-for-pound ranking, ‘Bud’ would likely find himself right at the very top. With ‘Canelo’ seeing his claim as the best fighter in the world expunged by Bivol, Crawford is arguably the finest fighter plying his trade today.

But the Power Rankings are not a pound-for-pound list, and the fact the WBO welterweight champion has not fought since last November detracts from his standing. Negotiations are reportedly underway for a fight with WBC, IBF and WBA champions Errol Spence Jr. Win that, and nobody will be able to deny Crawford is the best on the planet. 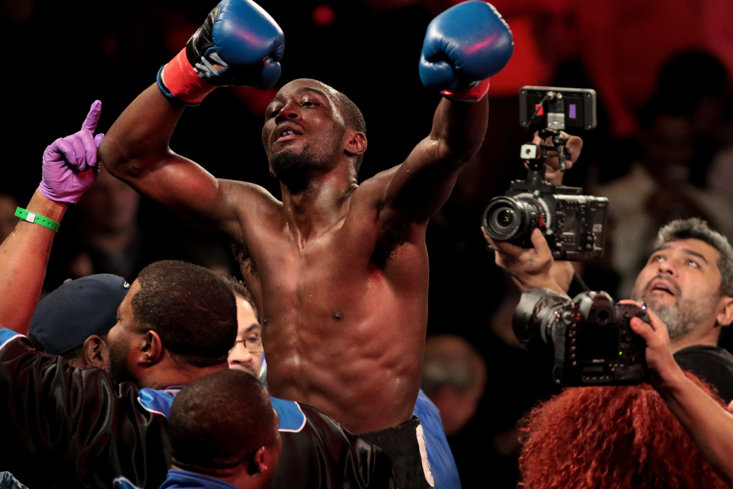 The dominant light heavyweight finds himself in one of boxing’s hotter divisions, with Bivol’s victory shining a light on the 175-pound class. If the Russian-Canadian can get through his 18th June three-belt unification clash with WBO champion Joe Smith Jr, a bout with Bivol becomes one of the most anticipated in boxing.

17 knockout wins from 17 fights has seen Beterbiev build a reputation as one of the most exciting fighters in the sport. Smith Jr is tough, but understandably the underdog against the destructive 37-year-old.

‘The Monster’ returns this month in a rematch of his 2019 Fight of the Year with Nonito Donaire. 22-0 with 19 knockouts, few fighters are as feared or as dominant as the WBA, IBF and The Ring bantamweight king.

The Japanese knockout artist is still only 29 years old, but has competed with a world title on the line in every fight for the last eight years. Donaire brings experience, as well as the WBC belt, but Inoue is a decade younger and arguably the most lethal fighter on the planet.

‘GGG’ will have been heartened by Saul ‘Canelo’ Alvarez’s struggles, as he looks ahead to a September clash with the undisputed super middleweight champion. Few gave Golovkin a chance against the Mexican, particularly in light of his struggles against Ryota Murata. But after the Bivol defeat, there is hope for the wise old stager.

Golovkin is still a terrifying prospect for most fighters to face, and ‘Canelo’ will be conscious that two of his toughest bouts came opposite the man from Kazakhstan. At 40 years of age, this might be the last “Big Drama Show” of the great man’s career. 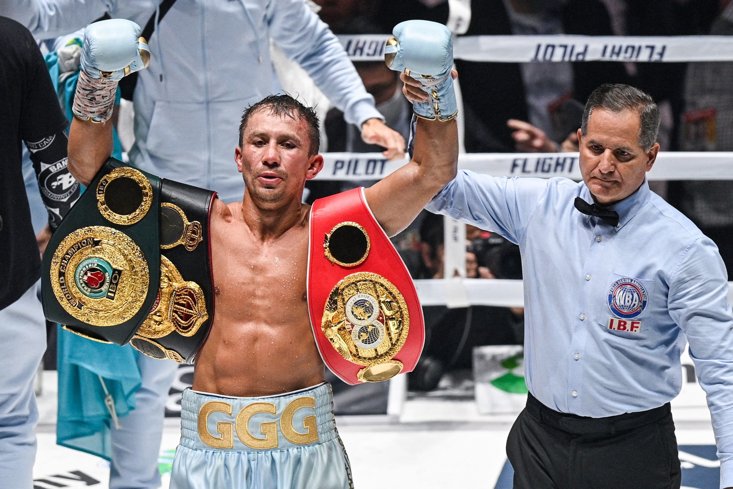 Boxing’s future is fast becoming its present, as 24-year-old Stevenson reigns as WBC, WBO and The Ring super featherweight champion. Previously a WBO belt-holder at featherweight, the Olympic silver medallist has taken the pro game by storm since turning over in 2017.

At the second time of asking, Charlo brought his unfinished business with Brian Castano to a close. The pair fought to a draw in July 2021, before rematching earlier this month. Charlo stopped Castano in ten rounds to become the undisputed light middleweight champion.

The impressive victory saw ‘Iron Man’ become just the seventh male boxer to reign as undisputed champion in the four-belt era. The victory has seen Charlo enter the pound-for-pound debate, and now he places in the Power Rankings for the first time.

Spence and our number nine pick, Terence Crawford, need each other. The two men who share all four welterweight world titles putting their undefeated records on the line against each other is the only fight that makes sense for either.

Such a bout would be perhaps the biggest that could be put on in boxing today, with the possible exception of an undisputed heavyweight title clash. But even then, no two heavyweights are as well-matched as Spence and Crawford. Their respective skills, their belts, their records. This fight has everything. Now make it happen. 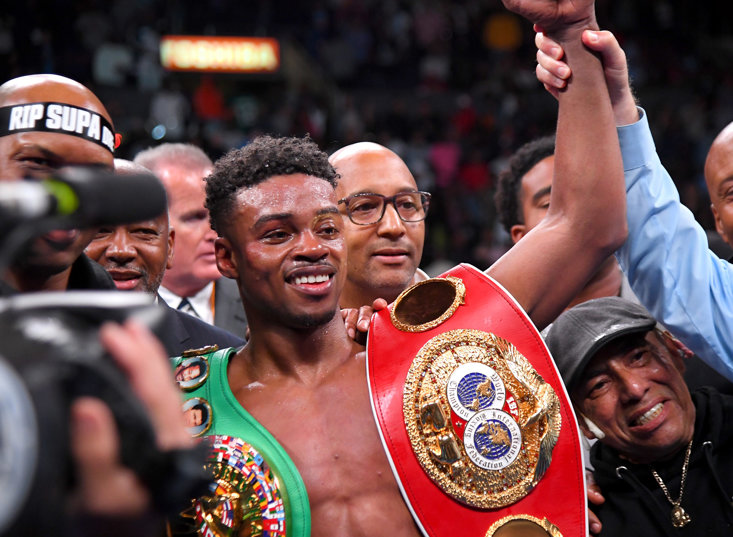 In a world without Tyson Fury, ‘The Cat’ is our de facto heavyweight champion of the world. If ‘The Gypsy King’ really isn’t going to fight again, then the holder of the WBA, WBO and IBF heavyweight belts automatically becomes the leader of boxing’s banner division.

It is a mantle Usyk deserves. Putting aside his incredible bravery in joining the Ukrainian territorial defence battalion in their fight against Russia, his accomplishments in the ring are worthy of prominence. An unbeaten former undisputed cruiserweight champion, his September victory over Anthony Joshua will live long in the memory. If Fury returns then perhaps his position on top of the heavyweight tree becomes disputed, but until that day comes there is no better heavyweight.

Who else? The WBA light heavyweight champion shook up the world, beating ‘Canelo’ in a tremendous decision win. Bivol boxed perfectly, frustrating Alvarez before pounding him to defeat. Many questioned whether he could trouble the Mexican considering he is not known for his power. But slick skills and intelligent use of distance befuddled and beat ‘Canelo’.

The world is Bivol’s oyster now, and while an Alvarez rematch will have to wait, there is likely to be a queue round the block to fight boxing’s newest star. 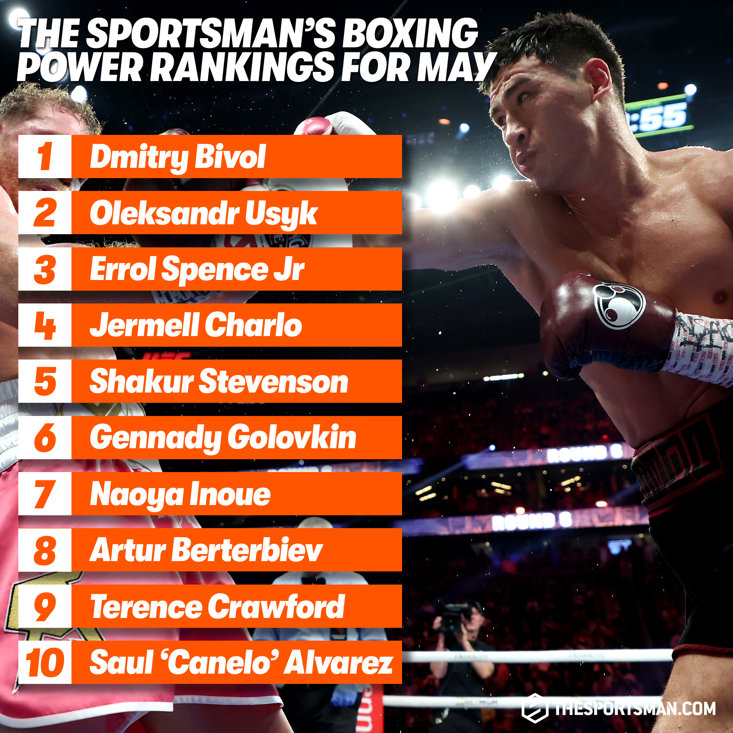