Football
News
The following XI could all be available for nothing if they don’t renew their current deals at their existing clubs
Sam Penfold
08:35, 18 Jan 2022

The January transfer window is always full of rumours and reports linking star studded names to shock moves or big money deals that often won’t happen until the summer. However, under the Bosman rule, anyone over the age of 23 can negotiate with other teams when they have six months or less remaining on their current contract.

This rule has seen the likes of Thiago Silva, Sergio Ramos, Andrea Pirlo, Zlatan Ibrahimovic and Robert Lewandowski all leave their clubs for a transfer fee of £0. In this January window the rumours aren’t slowing either with the following XI all available for nothing if they don’t renew their current deals at their existing clubs. Here is The Sportsman’s Free-Agent XI.

Onana has had a torrid 12 months after he mistakenly took one of his wife’s pregnancy pills which contained a disallowed substance and was subsequently banned for doping. Prior to this he was one of the most sought-after keepers in world football. There have been plenty of rumours linking him with Inter Milan in the summer and with Samir Handanovic racing towards the very latter stages of his career, a move for Onana would make perfect sense.

Back-to-back Ajax free agents to kick start our team but this time it’s the Dutch side’s marauding right-back Mazraoui. The Moroccan has four goals and three assists in 22 games this season. With top-class right-backs a rarity nowadays, the opportunity to sign one for free shouldn’t be passed up. The likes of Bayern Munich, Barcelona or Real Madrid ought to be trying to get a deal done. 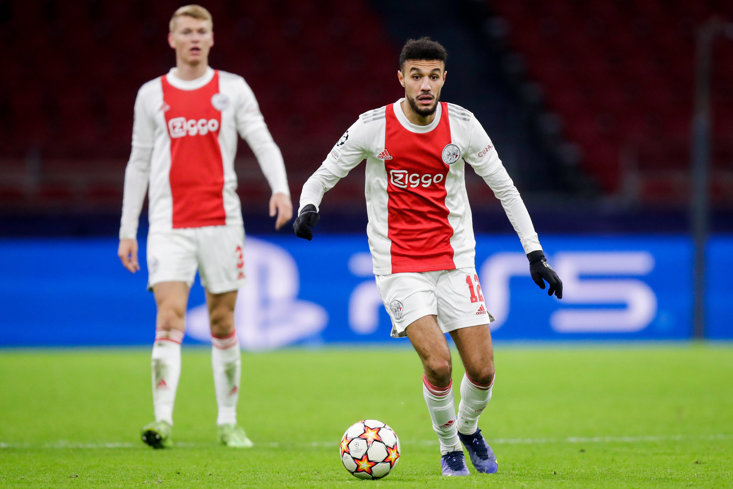 Niklas Sule is a giant of a man, standing at 1.95m weighing 100kg and at only 26-years-old, this sort of deal is not one to be missed. It’s already being reported that Chelsea are considering a move for the German international, with a few of their defenders set to leave under the Bosman rule themselves. Sule offers a dominant, powerful presence at the heart of the defence but there would be question marks over his ability to cover the ground against speedy wingers and strikers.

Antonio Rudiger has made quite the name for himself this season at Chelsea and has fast become a fan-favourite for his bullish ways as well as making himself renowned for top-tier housery (Peter Crouch Podcast fans will get the reference). However, despite all he has done this season, his deal is running down and Chelsea have failed thus far in piecing together a proposal that suits the German. With Bayern Munich and Real Madrid two possible destinations, the likelihood of Antonio Rudiger being in Chelsea blue next season is looking slim.

To kick start our midfield we’ve selected Marcelo Brozovic with the Croatian out of contract and seeking pastures new. Inter Milan are yet to offer their star centre-midfielder a new contract that meets his terms which opens the door for a departure that should have most teams circling in. At 29 he’s in his prime years and would be a massive coup for any club looking for a solid option in front of their defence. Heavily linked with Manchester United in the past and more recently Chelsea, he could be a great addition with Kante struggling with on-going injuries. A move to Tottenham could also be on the cards though in order to reunite him with Antonio Conte, granted the Italian may have walked before he could arrive.

What is there really to say about Luka Modric that hasn’t been said? He dictates the pace of the game, finds the pockets of space and his ball distribution is immaculate. He averages 76 passes per 90, is in the top 4% of players in Europe for assists per 90 while also averaging 3.1 shot-creating actions each match. For 36, he’s really not doing too badly for himself. Where he would go after this though would be an interesting decision, maybe the MLS is calling him or could a romantic return to Zagreb be on the cards? 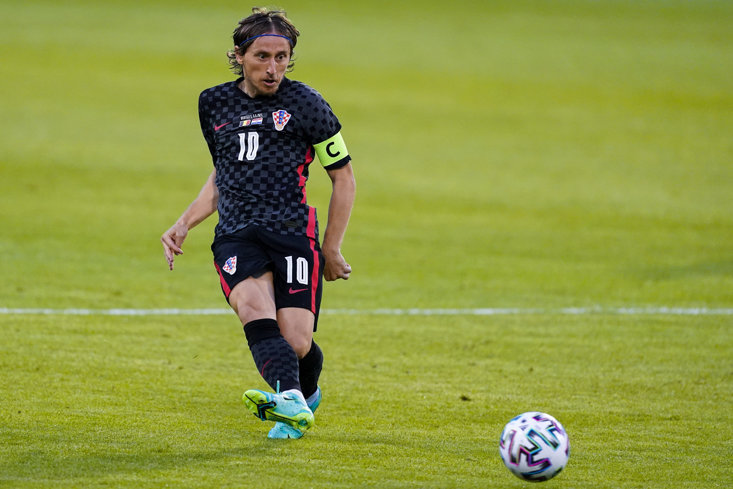 Heavily courted by Tottenham Hotspur, the Ivorian midfielder has earned quite the name for himself in the last two years, putting AC Milan back into Serie A title contention while helping Champions League football return to the San Siro. The box-to-box central midfielder is technically astute, a willing workhorse and capable of cracking a thunderbolt in every now and again too. At just 25-years-old he would be a fantastic addition for any side and you can expect to see him in a top European outfit next season.

Paul Pogba and transfer saga’s appear to go hand-in-hand. The contract talks have been denied, stalled and falsely reported on for close to 18 months with Mino Raiola stirring the pot whenever he can. Pogba himself is an unquestionable talent but injuries and inconsistency has tarnished his reputation amongst many football fans, as many are more concerned with his haircuts than his football ability. Manchester United are a better side with Pogba in the team and that’s a simple fact but the contract talks are difficult and the World Cup winner could be off for free for the second time in his United career. Real Madrid would be Pogba’s choice but PSG are also an option for the Frenchman. Only time will tell with this deal and you wouldn’t be too shocked to see him at Old Trafford next season.

The injury-prone Frenchman has been in widely publicised talks to extend his deal at Barcelona but to no avail. He’ll likely depart the Nou Camp in the summer and many believe he might join the Newcastle United project if they remain in the Premier League. His wage demands will be phenomenal and not many will be able to afford it, with those that can seemingly hesitant given his injury record and inconsistent form. His talent however is unquestionable and should he stay fit there is no reason he can’t go onto prove people wrong. 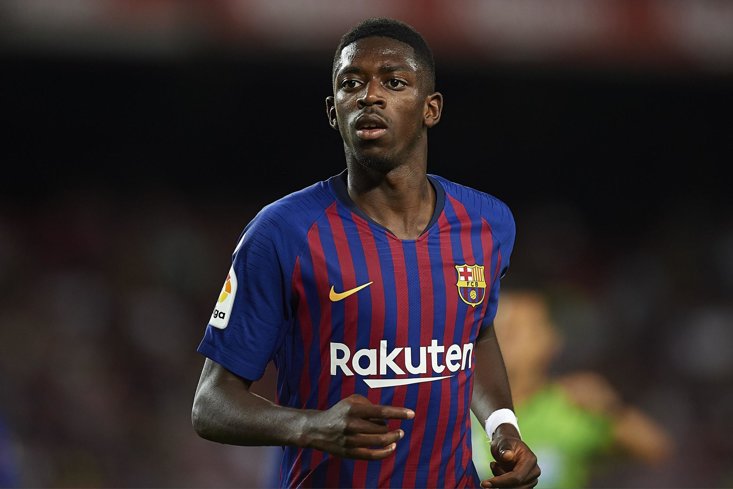 In a shocking announcement last week, Paulo Dybala declared he won’t be signing a new deal at Juventus and will be leaving for free in the summer. Many clubs will now be on high alert for the Argentina international who can terrify most defences on his day. Previously linked with a Premier League switch to either Manchester United or Tottenham Hotspur, neither look likely now but potentially Manchester City could swoop to scoop the wantaway forward. Again, wages will be a massive stumbling block for most clubs but this is one of the most interesting free-agent moves in the summer and whoever recruits him will be much better for it.

Unofficially Real Madrid bound, Kylian Mbappe has not hidden the fact that Madrid is his next destination. The fact PSG turned down £150million in the summer is truly remarkable but they seemed convinced that he would change his mind and sign a new deal to stay in Paris. Unfortunately for them that's not looking likely and despite spending £160million on him four years ago, he’ll depart for £0 this summer. 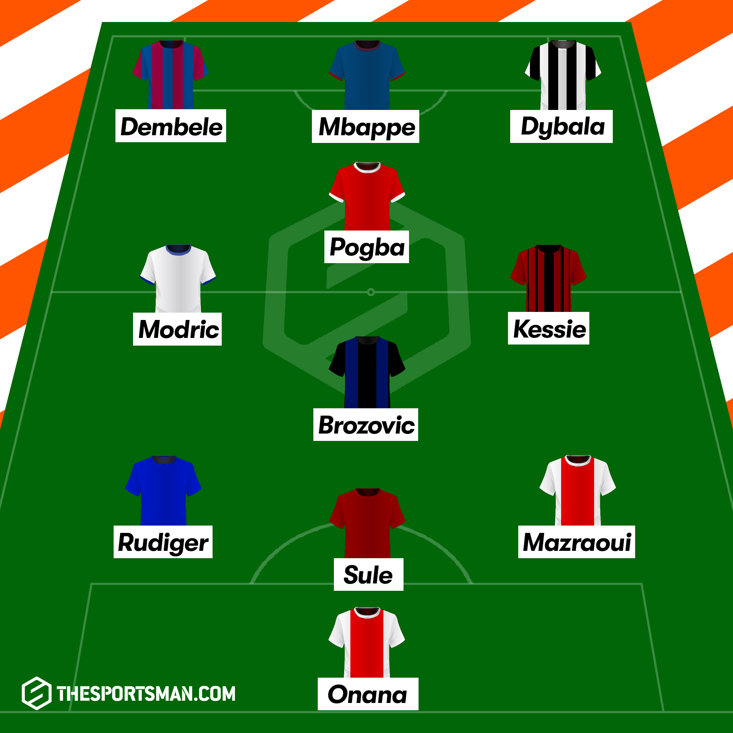