Get the jam roly polys out of the oven, wind your window down and let all and sundry know that there is a brand new podcast to help you get through lockdown (the threequel, is it?). And it comes from former West Ham, Pompey and Spurs gaffer, the King of the Jungle himself, Mr ‘Arry Redknapp.

The Bow boy isn’t alone however - for what a guestlist he has lined up. Not just faces (or more appropriately voices) from his extensive family (both blood and otherwise) in football, he’s recruited some of his Soccer Aid chums as well. The Harry Redknapp Show is a brand new podcast series hosted by the man himself alongside his close friend Dodge Woodall for some candid conversations. After a difficult 2020, Harry and his guests hope to put a smile back on the faces of a nation with some incredible stories and hilarious tales when it kicks off on Tuesday 12th January.

To create the series Harry teamed up with Element Studios UK, and recorded the whole thing from a purpose built studio close to Harry's home in Bournemouth. Speaking about his podcast series Harry Redknapp said, "I'm delighted to team up with Element Studios U.K. for my first ever podcast. It's a real honour to chat to some amazing people from the world of sport and entertainment. Listeners will be in for a real treat and a right laugh with the line-up so make sure you tune in." 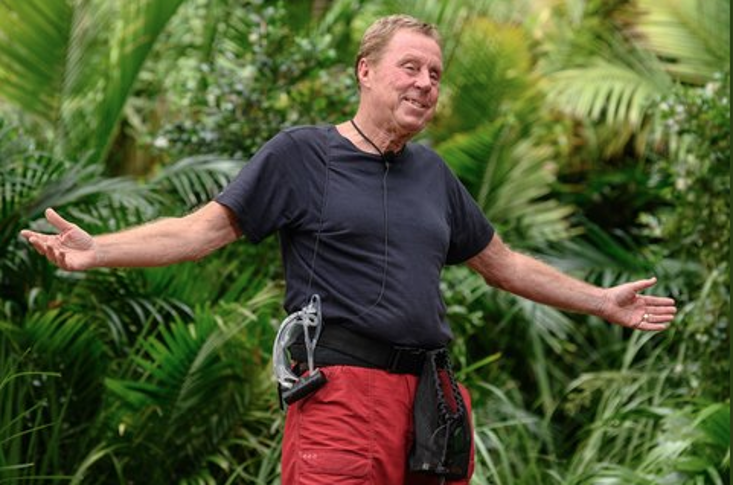 And laughs there are when the line-up includes comedians Romesh Ranganathan, Tom Davis, and Tom Gilligan. From the world of sport there are the likes of Eddie Hearn, Sam Allardyce, and Frankie Dettori, and to no surprise for anyone, son Jamie and nephew and current Chelsea manager Frank Lampard. Harry reveals what Frank was really like as a young player and, for the first time ever, tells the story of why Chelsea’s Champions League win against Bayern Munich was ‘the longest night’ of his life, while Frank gives the inside track on what happened during his famous penalty tussle with Paolo Di Canio and reveals what he and Rio Ferdinand used to get away with when they were Academy players at West Ham.

Jamie meanwhile reveals the story he and Harry concocted to get him released from Spurs as a kid, tells us all about Gazza and the ‘dentists chair’ in 1996, and what a young James Corden was like when they started out on A League Of Their Own. Harry explains what Jamie was like as a young footballer, how Kenny Dalglish’s resignation from Liverpool rocked them both on their heels and why it was so difficult managing a team against his son!

Perhaps best of all, the legendary singer and Celtic fan Sir Rod Stewart drops in via his own special episode in which he explains to Harry how his obsession with the Hoops began, reveals the lengths he would go to in order to watch his beloved team and, in a world exclusive, explains how he ended the long running feud with fellow dab hand on the mic and Watford fan Sir Elton John. The podcast market may be massive but Harry has propped up his own stall in style.

x
Suggested Searches:
Tyson Fury
Manchester United
Marcus Rashford
Lewis Hamilton
F1
Air Jordan
More
football
Get A Core Like CR7 With Two Of Cristiano Ronaldo’s Quick-Hit...
As the winner of 30 major trophies, five Ballon d’Ors and someone who is widely recognised as [ ... ]
football
Finally! The Definitive Book Separating Fact From Fiction In...
The branches of the great royal oak that is football are endless. A continuous weaving narrative, rich [ ... ]
football
British Football’s Greatest Grounds, The Book Celebrating Every...
Great Britain no longer predominantly finds its religion in churches and cathedrals. It’s more [ ... ]
football
Cracking Christmas Gift Ideas For The Fanatical Football Fan...
The footy-mad person you’re buying for this Christmas has probably been kitted out since the summer, [ ... ]
football
Stocking Filler! Believe Us: How Klopp Transformed Liverpool...
Few journalists have followed Liverpool so fervently and passionately over the past several years as [ ... ]
football
With A Wealth Of Talent, The Players Podcast Flips The Script...
A collaboration between BBC Sport and Copa90? Yes please! Totally devoted to the ever burgeoning, ever [ ... ]
football
Jose Mourinho And Mikel Arteta Playing On Reputations Ahead...
It’s fair to say that the reputations of Tottenham boss Jose Mourinho and Arsenal manager Mikel [ ... ]
football
Gareth Southgate Looks To Inspire Next Generation Of Footballers...
There was a time. A most glorious time. Smiling faces congregated closely together in large, open spaces. [ ... ]
football
Andy Cole Shoots From The Hip In His No Holds Barred Autobiography,...
There may be a plethora of sports books being released this winter ahead of the festive season, but [ ... ]
football
Jamie Carragher’s Greatest Games Is The Book Football Fanatics...
Over the past seven years through his stellar television punditry work, one-club man Jamie Carragher [ ... ]
football
The Opportunities Given To Players By Southgate Is Paying Dividends...
Ok, so the Republic of Ireland didn’t lay a glove on them. But England’s performance in [ ... ]
football
Gomez Injury Latest Reminder Football's Eating Itself Whole...
Just when Liverpool thought their defensive crisis couldn’t get any worse, along came the news [ ... ]
football
The New adidas Podcast Putting Premier League Players Through...
Aiming to put some of the fastest players in football through their paces, host Ben Haines has recruited [ ... ]
football
Jurgen Klopp Has To Pick Jota Over Firmino And Not Just Because...
“Football is a simple game made complicated by people who should know better.” Fine words, [ ... ]
football
Goals And Punctures! The Biking Passion And YouTube Vids Of...
The general consensus, whether rightly or wrongly, is that footballers are all about the beautiful game. [ ... ]
football
Schoolboy Defending Leaves Man Utd And Solskjaer Facing The...
It happened again. It keeps happening. Manchester United came up against a well-drilled opposition who [ ... ]
football
Jurgen Klopp's Ruthlessness Has Allowed Diogo Jota To Become...
He’d netted goals in Liverpool’s previous three fixtures, including second-half winners [ ... ]
football
The Fascinating Book That Lifts The Lid On Brazil's Glorious...
“If we had won that game, football would have been different. That defeat for Brazil was not beneficial [ ... ]
football
Covid Can't Stop Ronaldo, Five More Weekend Sport Stories You...
Cristiano Ronaldo is still brilliant, Mercedes are still untouchable and Manchester City are still FA [ ... ]
football
Man United vs Arsenal's Narrative Has Changed But The Fixture...
Manchester United versus Arsenal. You read the fixture and what do you think of? Roy Keane and Patrick [ ... ]
football
Marcus Rashford Captured Our Imagination, He’s Sports Personality...
There’s a storm a brewin’. A Sports Personality of the Year size storm. It might seem like [ ... ]
football
‘The Red Apprentice’ Explores Solskjaer’s Surprising Path To...
To many, Ole Gunnar Solskjaer was a shock choice to relieve Jose Mourinho as manager of Manchester United, [ ... ]
football
Dazzling In Europe Again, But It's Time For Man Utd To Up Their...
In many ways it was a typical Manchester United win under Ole Gunnar Solskjaer, and yet it was also [ ... ]
football
Liverpool Need To Show What They're Made Of During Injury Crisis
Now we’re really going to find out what the Premier League champions are made of. Liverpool’s [ ... ]
football
Enjoy It While You Can - Messi Exit Will Mark The End Of A Clasico...
It has been the centre of the European sporting calendar for the last couple of decades. El Clasico, [ ... ]
football
A Tale Of Two Windows: Chelsea Could Leave Man United In The...
New goalkeeper, check. Commanding, experienced centre-back, check. Attacking quality, check. Chelsea [ ... ]
football
Dion Dublin’s Gaffer Tapes, The Podcast Taking You Inside The...
A good podcast will be a good friend. Whether you’re on a winter run, doing the weekly shop, or [ ... ]
football
Why Raheem Sterling Is Right To Call Out Social Media Over Racist...
“I don't know how many times I need to say this, but football and the social media platforms [ ... ]
football
The Book That Shows Why St Pauli Is A Football Club Like No...
Bayern Munich have won the Bundesliga for the past eight seasons. Borussia Dortmund have been champions [ ... ]
football
Everton Seek First Derby Win In A Decade With A Blueprint Belonging...
They say imitation might be the highest form of flattery, though there is absolutely no love lost between [ ... ]