When Mauricio Pochettino said he wants all 23 of his squad included in the team photo ahead of the game so that the periphery players would be included, he wasn’t talking about the Frenchman.

No, Sissoko has - quite inexplicably – become a key component of Tottenham’s XI, a team that’s just 90 minutes away from creating history.

That’s partly due to circumstance, partly down to sheer determination.

Spurs are still short in central midfield, particularly in the holding role. Before his departure in January, Mousa Dembele was physically struggling to complete games and was in and out of the side. Victor Wanyama has endured even worse luck with injuries.

Sissoko has arguably been the most effective in combining both defensive and attacking duties, all while battling to restore a reputation which was badly damaged by his first two years in north London.

It is that dependability that saw him make 42 appearances in all competitions in 2018/19. The importance of that statistic can’t be overstated, especially since Tottenham will have played 55 times including the final.

Sissoko has featured in nearly 80% of those games, forcing his way back into international reckoning in the process. In the notoriously frantic festive period, he started six games in 17 days. Toby Alderweireld was the only other Spurs player to match that feat.

Finding opportunity in adversity has been the story of Tottenham’s unlikely journey to European football’s showpiece occasion. Their industrious midfielder has embodied that, the sort of principles which sum up so well the mentality Pochettino has instilled at the club.

It’s been a tale of seizing the opportunity when presented, much as Oliver Skipp has done by becoming a regular in the first-team squad.

What sets Sissoko apart is that it seemed he had run out of chances.

The 29-year-old’s transformation this season has been so remarkable precisely because there are so few examples of players who have turned things around to such an extent.

Granted, there was Gareth ‘Bad luck’ Bale, who took 24 league games before he could say that he was part of a winning Tottenham side. The Welshman’s career turned out rather well.

Yet they were not open to selling him in the same way that they were Sissoko. It’s fair to say the offers weren’t rolling in for him last summer at any rate.

Like with any player who costs a joint-club record fee - £30m on Deadline Day in the summer of 2016 – the pressure on him was immense from the very start. He had, at least, impressed on the final day of the 2015/16 campaign when he was part of a Newcastle set-up that inflicted total humiliation on Spurs.
That was one of the last glimpses of just how capable he was for quite some time. Then came pre-season in 2017. Another glimpse, quickly snuffed out.

But it is the 2018/19 season, which will go down in Tottenham history whatever the result on Saturday, that Sissoko will be remembered best for.

And fittingly, he was the player chosen to accompany Pochettino to his last press conference in London before flying out to Madrid - a midfielder who has epitomised the never-say-die spirit that has spurred the club to the first Champions League final in their history. 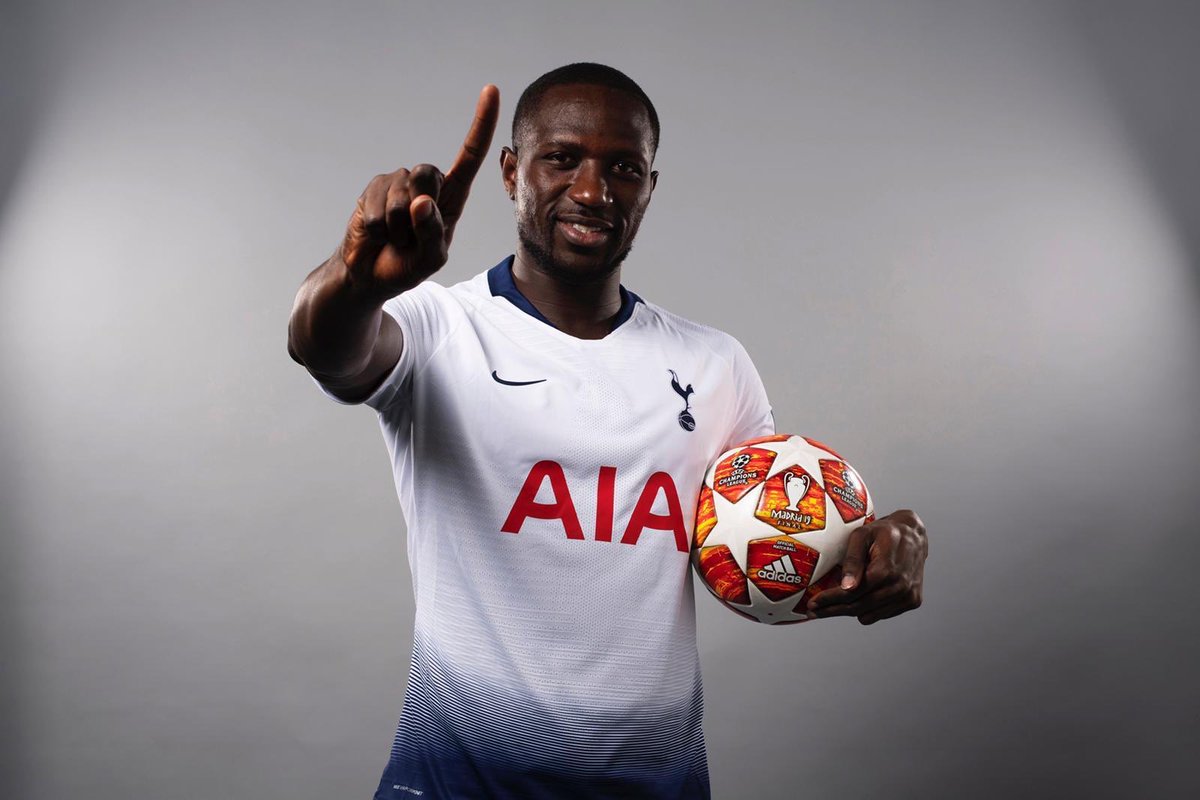