Football
News
Haaland and Nunez have moved, Mane and Lukaku are next. Why the big guns are looking to bolster their frontline this summer
Joey Mills
17:05, 20 Jun 2022

Erling Haaland has joined Manchester City. Liverpool have scooped up Darwin Nunez. Robert Lewandowski could be on the move. So too could Romelu Lukaku. That’s without mentioning Gabriel Jesus, Raheem Sterling or Sadio Mane. The great and the good of world football appear to have one thing on their minds this summer: sign a striker.

England’s elite clubs have moved quickly in that regard. Signing Haaland, the departing Borussia Dortmund goal machine seen as a future Ballon d’Or winner, has been a fait accompli for City for weeks. The official announcement finally filtered through on 13th June.

Liverpool’s capture of Darwin Nunez felt even more ruthless. Linked with a move to bitter rivals Manchester United in the weeks since the Premier League season ended, Jurgen Klopp’s side swooped for the Benfica forward and confirmed the deal just one day after City’s Haaland announcement.

The no-nonsense approach on Merseyside left Old Trafford staffers in the dust, pipped at the post by a team who seem more clinical in their decision-making. This turn of events does create a ripple effect, with United still seemingly in need of reinforcements up front. While the trail of Ajax winger Antony appears to have gone cold, word out of Carrington suggests the Red Devils are willing to see Anthony Martial leave with a view to replacing him using the sale proceeds.

City, perhaps conscious of a stockpile of classy but unsatisfied attackers, also appear willing to let big names leave the club. Raheem Sterling has one year left on his deal, and is reportedly being sounded out by Chelsea. The England international has been a fine servant at the Etihad, notching 131 goals in 339 games. He’s also versatile, able to operate anywhere across the frontline. But with Haaland and 22-year-old acquisition Julian Alvarez joining this summer, Sterling must understand playing time will be at a premium.

Sterling is sought-after at Stamford Bridge particularly as Thomas Tuchel’s side look set to lose Romelu Lukaku this summer. The Belgian returned to the club for a bumper £97.5 million fee, but failed to bring the rejuvenated form he had displayed in Serie A with him. Lukaku now looks set to join the centre forward cyclone this summer, with a loan move back to Inter Milan in the offing. This means Chelsea are joining a number of their domestic and European rivals in the hunt for a forward this summer. 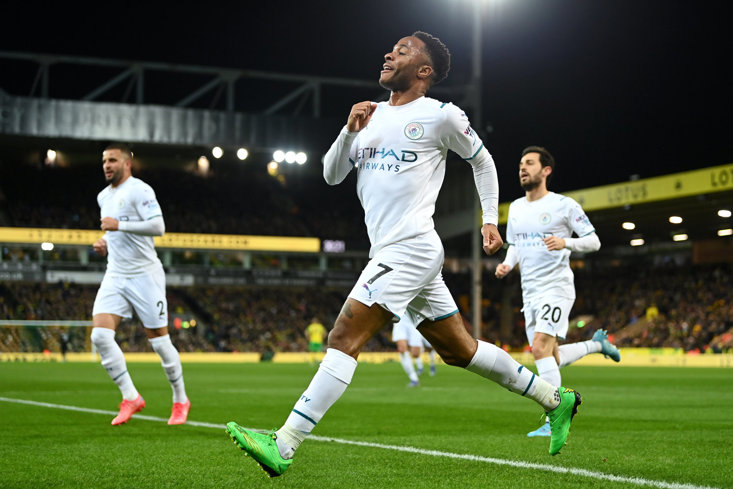 City also look set to lose Gabriel Jesus, with the Brazilian eyeing a switch to Arsenal. A four-time Premier League winner at the age of just 25, Jesus is seen by Mikel Arteta as the perfect replacement for the departing Alexandre Lacazette. Tottenham are reportedly looking to hijack the deal late on, but Arsenal remain the most likely destination, considering the fact Jesus would be an automatic pick at the Emirates Stadium. Meanwhile, at Spurs he would have to compete with Harry Kane and Heung-Min Son. The presence of those two is the primary reason Spurs are not joining their fellow ‘big six’ colleagues in wholeheartedly pursuing a forward.

This summer’s widespread case of striker-fever is not confined to the Premier League. Barcelona, the world’s richest poor team, is once again hot on the heels of reinforcements. Not content with somehow signing Pierre-Emerick Aubameyang and Ferran Torres last season despite pleading poverty, they are now in the race for Bayern Munich wantaway Robert Lewandowski. The German champions are already bracing themselves for the departure of their talisman, as they edge closer to completing a deal for Liverpool’s Sadio Mane. Everywhere you turn, big name attacking talent seems to be moving to pastures new.

The potential downside to this state of flux is the fact that centre forward signings have historically proved to be the hardest to get right. Almost every team mentioned here has recently stumbled in this very area. United made the same folly as Chelsea with Lukaku at one stage, and the two sides also have a disappointing shared history with Radamel Falcao. Barcelona have laboured with the likes of Martin Braithwaite up front in recent seasons, while even Liverpool have head-scratchers like Danny Ings in their recent pass. The market for top strikers is competitive, and even when one is signed there are no guarantees he’ll score goals at the same rate he did at his former club.

With United, Chelsea, Arsenal and Barcelona all still having business to do up front, the summer of strikers is far from over. Haaland and Nunez appear to have opened the floodgates to a transfer window packed with attacking stars moving between Europe’s biggest clubs. How successful any of these moves will be remains to be seen. But for now, firepower is this season’s must-have fashion.