England manager Sarina Wiegman has been the centre of attention so far at Euro 2022 as on home soil she looks to win her second consecutive European Championship. While she succeeded Phil Neville in charge of the Lionesses, the Dutch replaced their departing boss with another Englishman.

In a circular sense this seemed quite satisfying as the yin and yang of football remained perfectly balanced but as Mark Parsons returns to his homeland, he will be hoping to spoil the English party.

Parsons, despite being bought in Surrey, left the country as a budding 23-year-old with aspirations to make it to the top. As a teenager he gave up on his own playing career at Woking as he knew he wouldn’t make it to the very top as a player. As a manager however, he had potential.

He learnt his craft, taking various roles in Chelsea youth set-up, which even saw him coach both Lauren and Reece James at the age of eight, and his work with young players gave him the credentials to enter the United States. In 2012, when Parsons took charge of D.C United Women U20s, the women’s game in the US was miles ahead of what we had in the United Kingdom.

It was fully professional, teams were regularly attracting crowds of 18,000 or more, and all the best players in the world played there. Ten years later, the Women’s Super League has been a huge success, the Champions League has taken off and England is now a hugely attractive prospect for female footballers. Attendance and interest are on the up, and Euro 2022 is only set to add to that, but Parsons forged his own path in America.

Former Arsenal star Lianne Sanderson, then a player with the first team at DC United, helped get him involved with the club and he led the U20s to the Championship final. But as uncertainty struck the club and the dominoes fell in the first team staff amid major changes, Parsons was there to pick up the pieces.

Mark Parsons
@mparsons_1
Thank you oranje fans for a special send off in Enschede. Now on to England for @WEURO2022 🦁 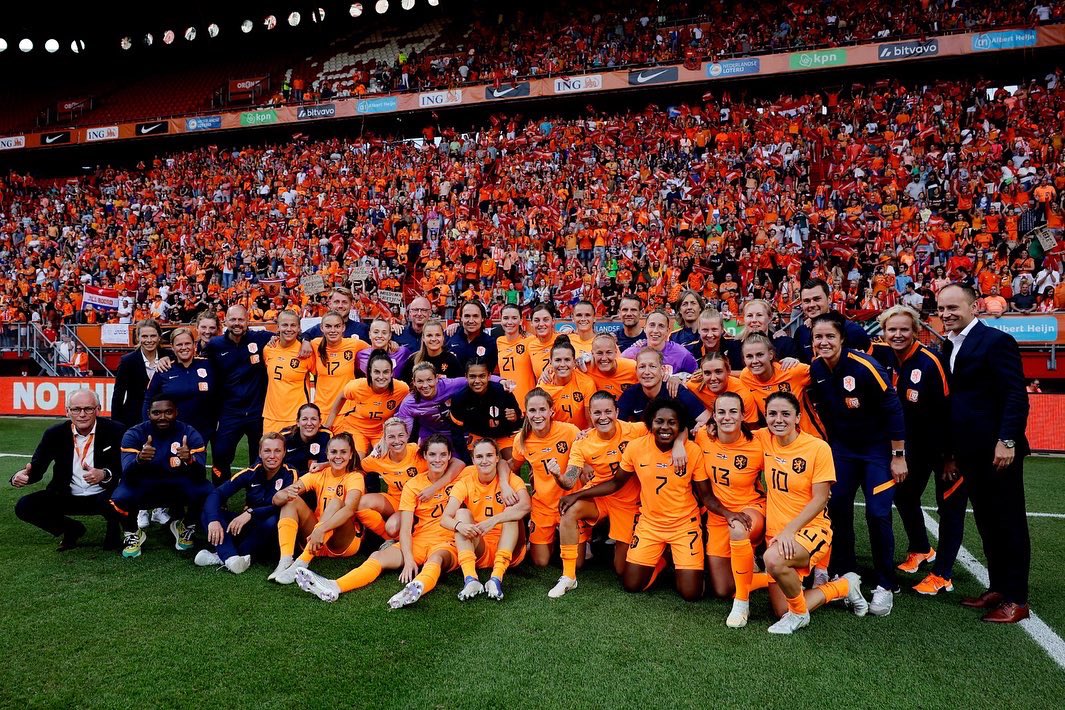 He got his first crack at first-team management by chance, because he was the easy and cheap option. He was just 26 and the club were bottom of the league, but he drastically improved them, finishing in the play-offs in both 2014 and 2015. That sort of performance attracted attention from the biggest club in the United States.

Portland regularly bagged crowds of 20,000 and when they came calling, Parsons jumped at the chance. Six years with the Thorns saw him win the regular league season, the NWSL Shield then finally, the NWSL championship. But he has always been trying to improve himself.

Back in 2018, he had a week shadowing now Manchester United manager Erik ten Hag at Ajax. He’s learnt from the very best and it just so happens that three years later, he would receive the call from Ten Hag’s homeland regarding the women’s head coach job.

He juggled both jobs for a chaotic three months, but this was a perfect scenario for the Englishman, who had felt the draw of the European game especially during the pandemic. He's made big calls already during his tenure and has big names such as Vivianne Miedema to get the best out of, but nothing has phased him so far. The fact that his first major tournament and chance to make a major statement comes in England - well, could it just be fate?

The Dutch begin their campaign against Sweden at 8pm on Saturday.