Football
News
Should Liverpool consider paying through the nose for a player who might only be heading on a downward trajectory from here?
Kris Voakes
11:02, 16 Apr 2022

Liverpool have been here before. Do you remember when Philippe Coutinho was their superstar forward tearing through Premier League defences? When he was netting 13 league goals in their 2016-17 campaign and Jurgen Klopp was gradually building a squad within which it seemed the Brazilian was destined to reach new levels?

What followed was a realisation that they didn’t have to rely on Coutinho. In the summer of 2017 they signed Mohamed Salah from Roma, and by the following January Barcelona were desperate to snap up Coutinho. Liverpool offloaded the little No.10 for an initial £105m with the potential for the fee to rise to £142m, and just like that they had more than covered their outlay for Salah and Southampton’s Virgil van Dijk combined. Not bad for a player they signed for just £8.5m five years earlier.

The loss of Coutinho was nowhere near as damaging as some might have believed just a few months earlier, so when concerns are voiced about Liverpool’s current stance over a new big-money contract for starman Salah it is beneficial to draw the opposite parallels with Coutinho.

Salah obviously has developed a greater pedigree at Anfield than Coutinho did. He has scored 153 goals in 243 games and been part of Premier League and Champions League-winning sides. His relationship with Roberto Firmino and Sadio Mane is a lot of what made Klopp’s Liverpool great, but just as they started making contingencies for a Coutinho exit five years ago they have the tools in place now to cope if Salah prices himself out of the club.

The talk is that the Egyptian wants a £400,000-a-week deal, with Liverpool standing firm on not bowing to his demands. Salah will turn 30 in the summer, and common wisdom would suggest that he has already had his peak. Should Liverpool consider paying through the nose for a player who, while he means a lot to the fabric of the club, might only be heading on a downward trajectory from here? 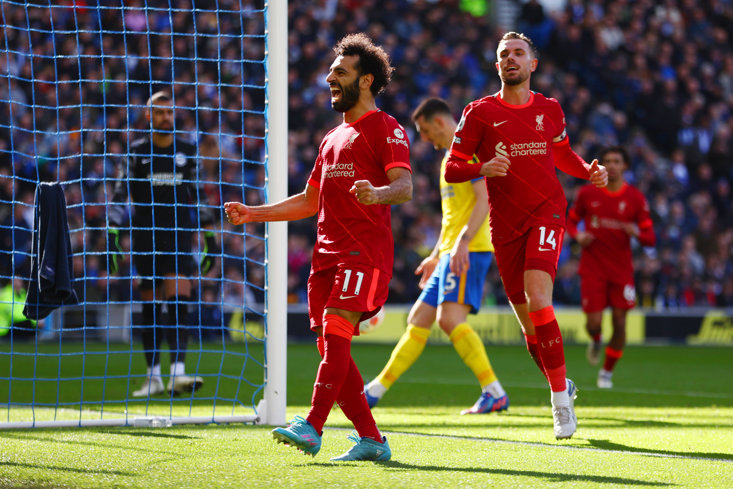 His recent form doesn’t scream of a need to meet his request either, with a single penalty against Brighton & Hove Albion being his only goal in his last 11 games for club and country, during which time Mane, Luis Diaz and Diogo Jota have all continued to push the Reds’ cause in the forward line. Now, more than ever, there appears to be a new Liverpool attack forming which doesn’t rely on Salah being the focus of everything.

Therefore, if Liverpool are offered anything close to what they consider to be the right price for Salah this summer, it is time for them to sell. His agent, Ramy Abbas Issa, responded to Klopp’s claim in March that the club could offer no more than they have with a row of crying with laughter emojis on Twitter, and whether Liverpool couldn’t offer more or wouldn’t, Salah lost a little faith with fans the second his agent went public with such a response.

Clubs of the level of Real Madrid, Paris Saint-Germain and Inter arguably have the means and the profile to make a concerted bid. Madrid will clear Gareth Bale’s huge contract off their books this summer, while PSG could take the plunge if Kylian Mbappe moves on as expected. Inter, meanwhile, have made a habit of picking up players at this stage in their careers in recent times and wouldn’t be put off by similar experiences with Alexis Sanchez and Romelu Lukaku on the way to regaining the Scudetto last season.

The market could well be out there for Liverpool to get a decent return, and with the next great Liverpool forward line beginning to form in the shape with Mane, Diaz, Firmino, Jota and Harvey Elliott potentially being joined by Fulham’s Fabio Carvalho, the time has never felt more right to sell Mo Salah and use the proceeds to supplement another great wave of Liverpool success.