Anthony Martial, Marcus Rashford and maybe even Romelu Lukaku could be on the list of Manchester United’s best strikers of all-time in the future.

But for now, they’re not — Lukaku is still to be confirmed a United player — as they have many games and goals to go before they can be considered for inclusion into the annals of the Old Trafford club’s illustrious history.

Football is a sport with a simple principle. Whoever scores the most amount of goals in any given game wins, unless away goals are considered but we’ll leave that for another day. It’s fitting to discuss forwards and United, a club that has been blessed with a wealth of footballing talent up front - Denis Law, Jack Rowley, and Dennis Viollet.

Here are the top Manchester United strikers since 2000.

Known by his nickname ‘Chicharito’, Mexico’s all-time leading goalscorer was an unknown signing when he arrived at Old Trafford. But his ability to be in the right position at the right time was second to none, therefore, made him an instant fan favourite.

Hernandez scored 59 goals in 157 appearances across all competitions for United before leaving for Bundesliga outfit Bayer Leverkusen.

“I conquered England - it took me three months,” Ibrahimovic said midway through his first and only season as a United player. He arrived on a free transfer from PSG and did what he does best; score goals whenever he goes.

At the age of 35, pundits were quick to slate the Swede by suggesting he was past it i.e. no longer good enough for the Premier League. But he went on to score 28 goals in 46 appearances for United in the process and won his first European trophy.

There was an option to extend Ibrahimovic’s contract for another year, but United released him after a bad knee injury cut short his season. It was a glorious swan song but had he been at the club for longer, I’m convinced he would rival a certain Dutchman for third place. 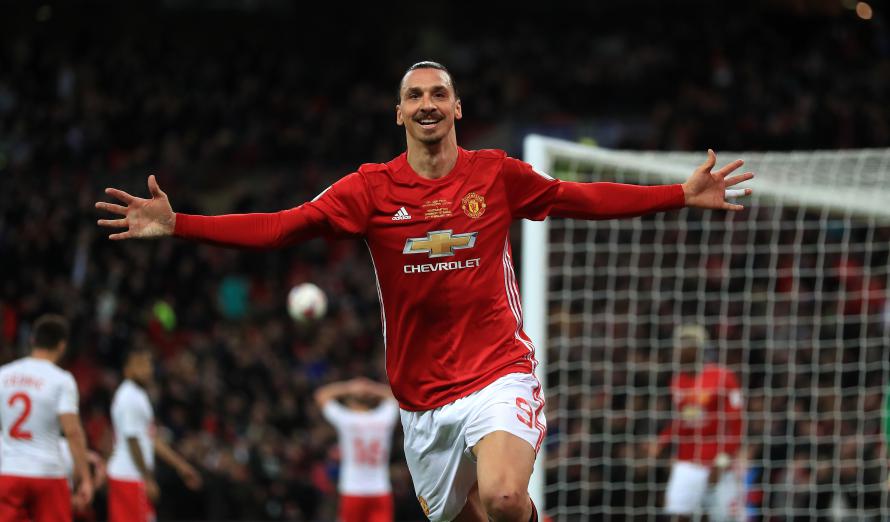 The former Arsenal captain moved to Old Trafford for a fee of approximately £22 million. Whatever the fallout in North London, Van Persie got his fitness on track and had an incredible first season in Manchester by securing his only Premier League trophy.

Then, Sir Alex Ferguson retired and Van Persie went back to his old ways; riddled with injuries and lacking in form, so Louis van Gaal cut his relationship with the striker and sold him to Fenerbahce after another underwhelming season for £3.84 million.

Perhaps controversial to place the club’s all-time record goalscorer second in this list, but while Rooney wasn’t quite as good a finisher as Ruud van Nistelrooy, he was a better all-round player. It’s just a shame the England international burnt out so young.

Joining United as an 18-year-old for a little over £25 million, Rooney would go on to become the most decorated forward in the club’s history. Any doubts were soon shattered when the teenaged scored a hat-trick on his debut and an assist in his debut against Fenerbahce.

Rooney played multiple roles in his 13-year spell at United — second striker, attacking midfielder or forward, and has impressed everywhere, prior to his decline post-2013. Throughout his United career, Rooney scored 253 goals in 559 games.

Undoubtedly United’s most prolific centre-forwards of the last century and possibly of all-time, Van Nistelrooy was an opposition tormentor, capable of scoring from anywhere, anytime. His transfer from PSV to United was delayed by a career-threatening injury but in tenacious fashion, he fought back and made the £18.5 million switch the following season.

The Dutchman silenced his critics emphatically, scoring 150 goals in just 219 for United. That’s a goals-to-games ratio of 0.69 goals per match.

If only Jose Mourinho could clone Van Nistelrooy. The current United boss could do with a striker half as clinical in front of goal.