Football
News
The Unfortunate PSG Player On Course For An Unwanted Goals Record
Jack Porter
07:56, 04 May 2019

It seems apparent that manager Thomas Tuchel is intent on seeing out his inaugural season at the helm of Paris Saint-Germain with a whimper. The 2018/19 Ligue 1 season had been glaringly obviously wrapped up almost as quickly as it began.

PSG had claimed each piece of domestic top-level silverware available over the previous five years, aside from conceding the league title to Monaco in the 2016/17 season, and being knocked out of the Coupe de France by Montpellier in 2014.

Domestically this season, observers had to wait all the way until February - seven months into the season - for the first league defeat to be inflicted on the swashbuckling Parisiens, at the hands of Olympique Lyonnais. A sensible person may well have backed it to be the only one of their league campaign, the occurrence coming shortly after an exit to Guingamp in the Coupe de la Ligue that had been followed by a swift 9-0 retort in the league.

For all the league glory, this has ultimately turned into a season of disappointment, epitomised by the lacklustre way PSG have limped to the campaign’s finish line. The whizz and pomp has dissipated, the balloon severely deflated.

None have felt it more than the PSG defender Presnel Kimpembe. Kimpembe’s first half of 2019 saw two own goals, and he was unfortunately elected as the fall-guy for Les Parisiens exit from the Champions League to Manchester United, the handball allowing Marcus Rashford to score from the spot and allow the Red Devils passage through to the next stage.

Following on from their almost unblemished season that had seen dropped points become an extreme rarity, PSG have produced a pathetic run of four defeats in their last five games in all competitions, and just a single win in their last six. The centre-back Kimpembe was a presence in each of these fixtures.

Kimpembe has had the sixth most minutes of any member of the PSG squad in all competitions this season, but is on the verge of ignominy in his next game, following on from two back-to-back calamities that have proven costly for his QSI-backed club. He has scored an own goal in each of PSG’s last two defeats; one more in his next outing and he’ll set a ridiculous record for an OG in three consecutive games.

As The Guardian discovered, Belgian Stan van den Buys scored a hattrick of OGs in just one match. That’s as many as Liverpool legend Jamie Carragher unintentionally contributed for Spurs in his career.

Alex Keddie scored against his own side in two consecutive games for Dunfermline Athletic in 2011/12, as did former Liverpool and Scotland international Steve Nicol against Yugoslavia and France in World Cup qualifiers in 1989.

Lewis Dunk had a good pop at producing the run last year in the Premier League. The Brighton & Hove Albion defender in particular must have wanted the ground to open up during a seven-games winless run for the Seagulls, and scored two own goals in defeats to Manchester United and Liverpool, but this was intersected with a goalless draw with fellow promoted side Huddersfield. Dunk went on to put a total of four in the back of his own net across Brighton’s first season in the Premier League and had the ignominy of being the first player to score an own goal against Manchesters United and City in the same season.

Shane Duffy can claim three own goals in two matches, back-to-back defeats for Blackburn Rovers to Wigan Athletic and Cardiff City in the Championship. Against the Bluebirds it was a brace, capped with a sending off. Not a good night for the Derry lad!

Stade Olympique L’Emyrne deliberately scored 149 for AS Adema in a protest at a refereeing decision (well done boys) in 2002, so there’s bound to be a host of names contending for the original own-goal gangster, the OG-OG if you will. Unfortunately that doesn’t cut the mustard here.

But for three OGs in consecutive games? Well it has been reported that that disgrace lies with one Dean Keenan, for Ayr United in 2008. However, records indicate that there were just two for the defender, against Alloa and Queen’s Park, but it was a feat made more remarkable that this was achieved in just his fifth and sixth games at the club after being loaned out by Greennock Morton.

All of these (un?)impressive achievements will be put in the shade by poor Presnel for France giants PSG. Kimpembe is now at risk of scoring an own goal in three consecutive games, creating his own little slice of history in one of Europe’s major associations. Next up for Kimpembe and PSG is a visit from Nice to the Parc des Princes. If he is retained in the starting XI or matchday squad by Tuchel for the backline, there’s bound to be a few nervy moments whenever the ball is close to the 23-year-old in his own box. 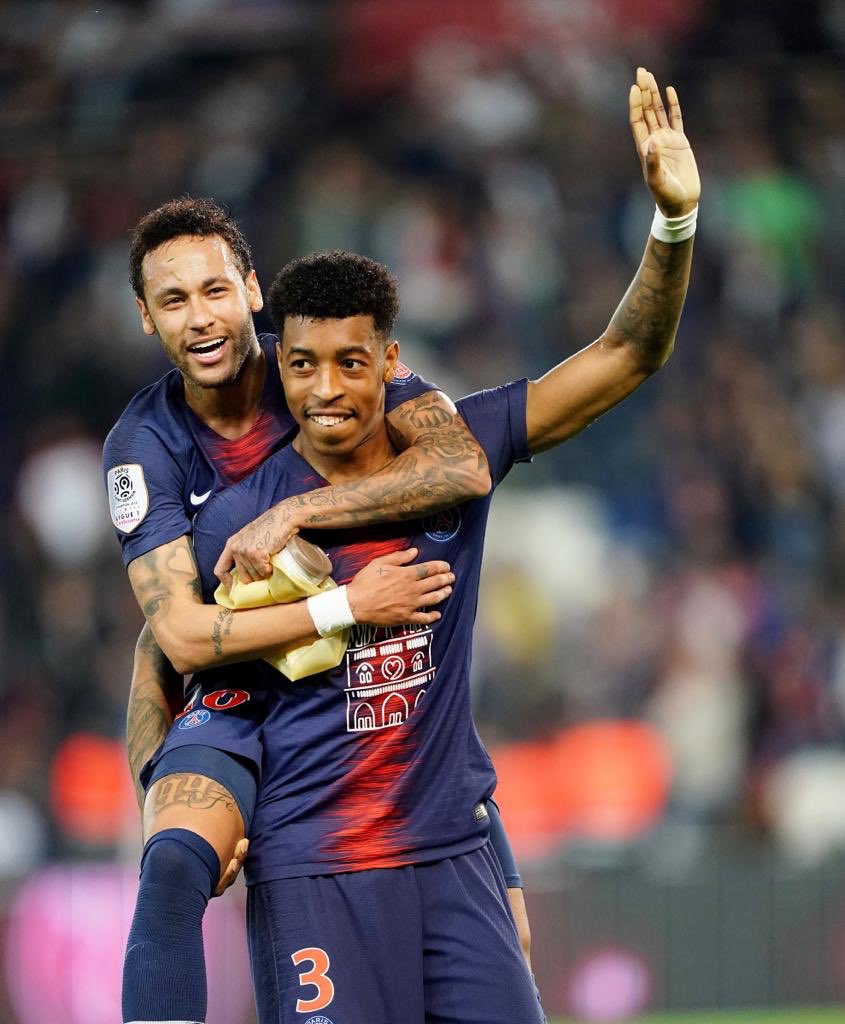