“If something went slightly off-piste it rattled me. I was trying to control everyone in my environment”.

Paul Rowley is one of Super League’s leading head coaches, a popular, passionate 47-year old from Leigh who is rugby league to the core. The boss of playoff-chasing Salford will talk tactics, man-management and coaching philosophies until day turns to night. He also opened up to me this week about his diagnosis with Obsessive Compulsive Disorder.

“As a player I couldn’t get my head around people who weren’t as tuned in as I was. I’m full-on. I looked at them as though they were hampering me,” he says.

When his playing career as a hooker ended and a pathway into coaching opened up, Rowley underwent a high-tech personality analysis, one usually used on top-level business executives. The results showed that he was best suited for military work, and lacked the bedside manner required to be a sports coach.

“I got a full print out and to read what you are is quite eye-opening but allows you to change.

“I see it a lot in professionals. I am diagnosed OCD. I know a lot of people and players in particular who have OCD tendencies.”

The disclosure is both fascinating and - Rowley believes - common amongst elite sportsmen and women.

Rugby league great Kevin Sinfield has never sought an OCD diagnosis, but has told me often of his “behavioural quirks” and OCD behaviours that forced him to do things a certain way and actually inspired many aspects of his game. “When I place the ball to kick it needs to be my middle finger on the valve of the ball,” he once explained to me. “You don’t need to, that’s part of my OCD. I’m full of OCD and a bit complicated.”

There is often a humour, laziness and indeed flippancy when labelling OCD both in life and in sport. David Beckham would joke of needing three fridges - one for food, one for drink, one for salads, with items organised in pairs or lines, colour or type. But the reality of the condition for those suffering can be much more consuming and debilitating. 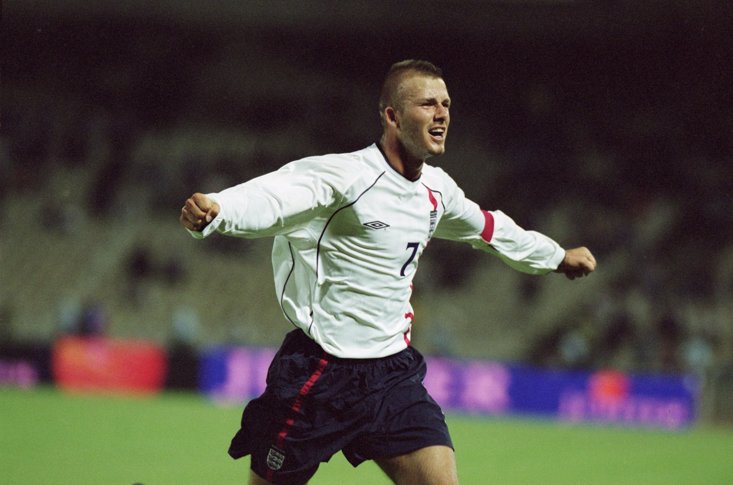 Former Premier League referee Howard Webb recalls how his condition manifested itself as sinister and unwelcome thoughts, such as when he kissed his mother goodbye, and immediately thought something bad was about to happen. So he would kiss her again until a positive thought arose and he could be at ease.

“Generally people with obsessive compulsive disorder have thoughts, pictures or impulses that are usually unpleasant and come into your mind when you don't want them,” Dr Phil Cooper tells The Sportsman. Cooper is a consultant nurse and co-founder of the mental health in sport charity State of Mind.

“Many things trigger obsessions and they leave people feeling anxious or uncomfortable or frightened. The compulsion is the behaviour performed in order to 'put right' the obsession.“

Rowley reveals how his OCD was all-consuming as a player, in fact it hampered him badly, but as a coach he has found a way to channel it positively.

“As a player I knew what I was doing on a morning. I knew what music I was listening to in what order, what I was eating,” he explains on the Love Rugby League podcast.

“I was trying to control everyone in my environment, and in a sport like rugby league where there are so many different, wonderful characters, then if I have a regret it is not embracing the characters I played alongside and enjoying their company more because I was too full-on with my OCD a lot of the time.”

Rowley claims a need for routine caused a problematic reliance as a player, something he sees in professional players now and that has shaped him as a coach to keep things varied and stimulating.

“We have really tried to mix up how we space our training days out so it is not always routine. It has been a conscious decision from the coaching group that the players probably don’t realise.”

“The experiences have helped me to learn and deal with having OCD or being totally full-on. I’m just full-on. I like to win, I like things to be right.”

A leading sports performance coach who has worked with some of the world’s top players including Sinfield, tells me such obsessive behaviours - often undiagnosed - are widespread in elite sport, and he has had to educate himself on spotting the signs.

These include a need to do things a certain way, and an inability to cope when that is not possible or when things go awry.

“Many people with OCD know their compulsions are 'over the top' or unreasonable,” Dr Cooper adds. “But they feel unable to control their thoughts or change their behaviour.”

Rowley believes he has used this experience of the disorder, and this facet of his personality in a way that has been hugely positive in his development as a coach.

“Someone said to me recently ‘you’re miles more chilled these days’” he adds.

But what of that absent bedside manner?

Ask any of Rowley’s players and he will do anything for them. Indeed full-back Ryan Brierley told The Sportsman how when Rowley found out star centre Tim Lafai had damp in his house he drove round to move him out.

There was also the time as coach of financially-stricken Toronto in which a player needed an operation so Rowley paid for it out of his own pocket.

“Most players who have been coached by me will have a private story about how I have looked after them,” Rowley adds.

“Or an occasion they have cried on my shoulder and I’ve cried back.”