With his flowing hair and tash, Frank Worthington looked like a flamboyant Hollywood movie star at a time when most footballers didn’t boast the star quality of today’s players.

Playing in the same era as George Best, it was in the Sixties and Seventies that players started to be noticed for their appeal away from a football field, and Worthington had the swagger which caught the eye.

Gary Lineker revealed the former Leicester City striker was his ‘boyhood hero’ when news broke on Tuesday of Worthington’s sad passing at the age of 72 following a long illness.

“Profoundly saddened to hear that Frank Worthington has died,” the Match of the Day presenter tweeted. “A beautiful footballer, a maverick and a wonderful character who was so kind to this young apprentice when he joined the club. RIP Frank (Elvis).”

Maverick is a term bandied around a lot but the attacker was one of a kind. A legend at Bolton Wanderers and Huddersfield Town who later made Huddersfield his home, he was described by former Bolton manager Ian Greaves as “the working man’s George Best”. 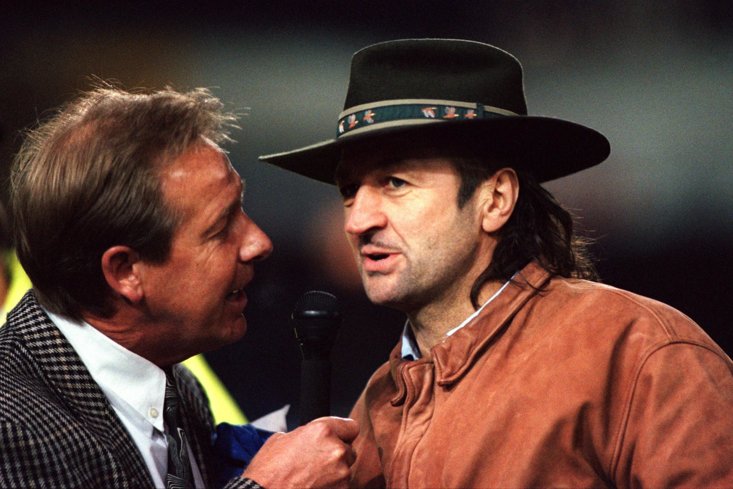 Worthington was a stylish player who boasted a sweet left foot and he knew where the goal was too. Starring for more than 20 clubs including Tranmere Rovers, Birmingham City and Leeds United, as well as teams in America and Scandinavia, he netted 260 goals in 828 appearances and earned eight England caps, scoring twice for his country.

He spent 14 seasons in the top division and played in 22 consecutive campaigns between 1966 and 1987.

Former Bolton teammate Alan Gowling told BBC Sport: “He had this image of being the playboy. In fairness to him he enjoyed a social life, but his football came first.”

He had talent in abundance and won the Golden Boot in 1979, scoring a stunning strike for Bolton against Ipswich Town at Burnden Park, controlling the ball with his head and taking it down on his boot before kicking up twice, swivelling and booting it high over a bemused defence to rifle home with his left foot.

Worthington was an icon of the game, and his skill and goals will never be forgotten.