In 2012, the greatest thing to happen to the city of Leicester was that the remains of King Richard II were found underneath a car park. Months later the city’s football team were humiliated at Vicarage Road as Anthony Knockaert dived for, and then missed a penalty in the Championship play-off semi-final at Watford. We all know what happened in the moments that followed.

“Now here come Watford... Forestieri... Here's Hogg! DEENEY!!! Do not scratch your eyes, you are really seeing the most incredible finish here!”

Since that moment, things have been different around this part of the east Midlands. Of course, on the football pitch we saw a great escape, followed by ‘the greatest story ever told’ as the Foxes won the Premier League in 2016 at odds of 5000/1.

However, for all of the jubilation that surrounded the city, in 2021 the city has seen almost unparalleled success across several sports, not just football. It seems this town in the east Midlands is becoming somewhat of a hotspot for sporting success.

Let’s start with the men’s football team. Okay, they haven’t quite repeated the miraculous feat of 2016 but under the stewardship of Brendan Rogers, it does appear likely that the club will be playing Champions League football once again. Despite boasting a budget far less than the six clubs who attempted to breakaway into the failed European Super League, Rodgers has put together a young and vibrant side that the entire city can be proud of. If this level of progress continues, the likes of Barcelona and Real Madrid could be making regular appearances at the King Power, starting from next season.

It isn’t just the men who will be playing against the elite next season. This season, having been acquired by the owners of the men’s team in 2020, Leicester City women, managed by Jonathan Morgan, won the Championship to secure promotion to the Women’s Super League for the very first time. Now they will be licking their lips at the prospect of taking on the likes of Chelsea and Manchester City next term, as the city now has two teams competing at the very highest level. If a footballing city is to succeed in this decade, it must boast strong and competitive teams in both the men’s and women’s game, and Leicester are now well on their way to achieving that goal. 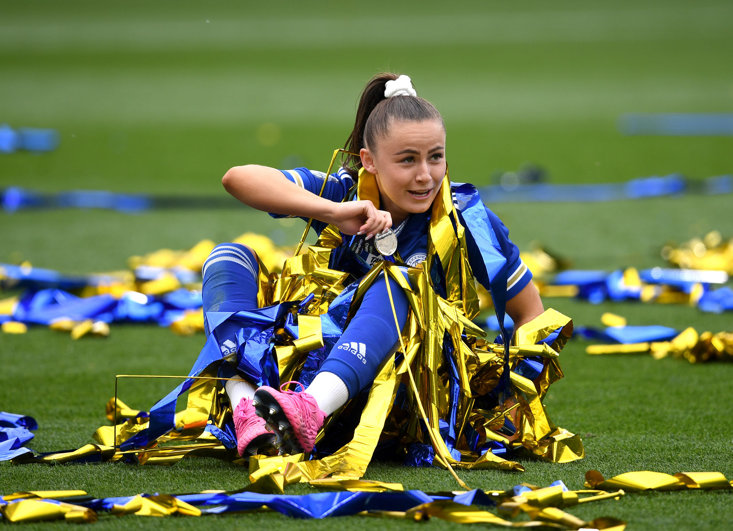 Away from football, Leicester Tigers are through to the European Challenge Cup final after beating Ulster 33-24 in the semi-final last weekend where they will face Montpellier. They may not be experiencing the same domestic dominance they were a decade ago but if they can get their hands on a trophy at the end of May it will mark a hugely successful season for the city’s rugby side.

The success has just kept on coming for the city as just last weekend, one of their own, Mark Selby won the Betfred World Snooker Championship for the fourth time. His 18-15 defeat of Shaun Murphy in the final not only put him amongst snooker’s elite but gave the city of Leicester yet another world champion to be proud of.

From the table to the court, Leicester also boast the domestic champions when it comes to basketball. The Leicester Riders have been crowned champions of the British Basketball League for the fifth time and will now take on the Newcastle Eagles in the postseason semi-finals.

This is a city that has emerged this year. In this part of the world, they are getting into the winning habit, no matter the sport. From female football to snooker, rugby union to basketball, the city of Leicester simply cannot stop winning.