On this day, in 1950, in front of the biggest football crowd in history, Brazil were all set for a celebration like no other. It was the final game of a home World Cup that had seen the hosts demolish every single nation in emphatic fashion and they were facing a Uruguay side who had struggled their way to the final.

It may seem like unfathomable cockiness now but the mood in the South American country was buoyant ahead of the game and the entire nation was set to party like never before. They were so confident that preparations had already been made for Brazil’s first World Cup win.

National newspaper O Mundo, on the morning of the final game carried a front-page that read: ‘These are the world champions’ along with a picture of the entire Brazil squad. Along with that, 22 gold medals with individual inscriptions had already been produced and a brass band had written a song called ‘Brazil the Victors’ and were waiting by the side of the pitch for the final whistle before they performed.

The Mayor of Rio even gave a speech to the players that highlighted the presumption of victory:

“You, players, who in less than a few hours will be hailed as champions by millions of compatriots! You, who have no rivals in the entire hemisphere! You, who will overcome any other competitor! You, who I already salute as victors!"

The newly built Maracana stadium was the perfect venue for this showpiece event and almost 200,000 people packed in, making it the most attended football match in history, a record that is unlikely to ever be beaten. It is impossible to fully convey just how confident the Brazilians were but every single person inside that stadium, barring the Uruguayan players and staff, believed the hosts would win.

The thing that makes this game even more surprising was that the hosts didn’t even need to win the final game of the tournament, they just had to avoid defeat. This was the only World Cup played in a round-robin format rather than with a one-off final, and with the Brazilians one point clear of Uruguay, it seemed as if the destination of the Jules Rimet trophy was clear. 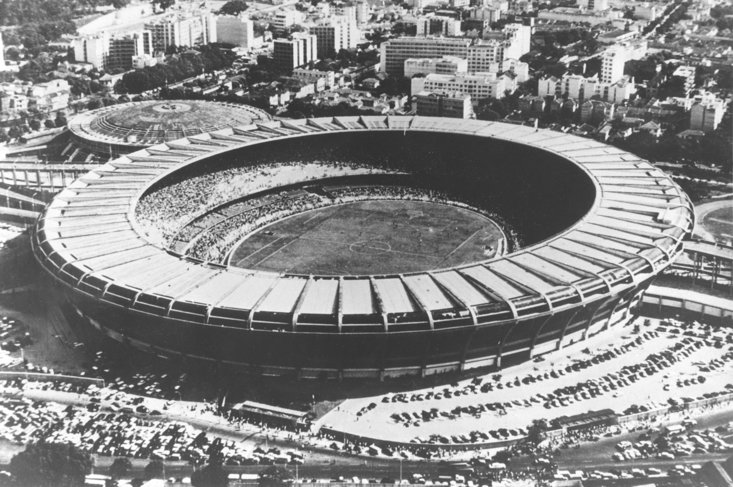 Brazil were in flying form in that final group stage. They had just beaten Sweden 7-1 and Spain 6-1, asserting their dominance with attacking flair whereas Uruguay could only draw with Spain and just scraped past Sweden with a 3-2 win, giving the home side more confidence ahead of their meeting.

This belief was further justified as at the Copa America in the previous year, Brazil had scored 46 goals in eight games and beaten Uruguay with ease, 5-1 along the way. With both teams relatively unchanged since that meeting, you can almost justify the presumption of success.

But football has a way of providing shocks and this one humbled an entire nation. The visitors were not willing to roll over and even urinated on the front page of O Mundo on the morning of the game. Captain Obdulio Varela gave an inspiring speech to his side in the dressing room, which he finished with a line which is now ingrained into Uruguayan folklore:

The game started as you would expect with the Seleção on top but Uruguay held firm until half-time. Friaca opened the scoring for a Brazil side who then played all in all-white and the home crowd went wild, with many in attendance expecting the floodgates to open. There was no way they could lose it from here.

Varela was full of passion and after complaining to the referee that the goal was offside for a few minutes, via a translator, the bouncing Maracana had calmed slightly and he was able to deliver another line which is straight out of a Hollywood film. He placed the ball down on the centre circle and bellowed to his teammates:

An equaliser from Juan Alberto Schiaffino gave them belief before Alcides Ghiggia scored the winning goal and shocked all in attendance. He famously told the BBC:

"Three people have silenced the Maracana - Frank Sinatra, the Pope and me,"

Although there were ten minutes to play, Brazil simply couldn’t cope with the scenario that had unfolded and barely threatened the Uruguayan goal. The game was played out in complete silence until English referee George Reader broke it with the defining shrill of the final whistle. A silence described as traumatic and disturbing filled the giant arena as the home fans were left shellshocked at what they had witnessed.

It was utter desolation in Rio de Janeiro. Government officials and policemen joined together with the spectators and shed tears for the loss, with the entire country convinced they would never win the most famous trophy in sport. They may have enjoyed five wins since then but at the time, this result was the end of the world.

As a result of this game, Brazil would change their white kit which ‘lacked national identity’ to the famous yellow and blue combination we see today. Perhaps it is a testament to this tragedy that it took until this summer’s Copa America, 79 years later, for the Selecao to wear white at the Maracana once more.