Football
News
Tuchel will be aiming to follow in the Italian's footsteps when Chelsea take on Man City in the Champions League final on Saturday
Simon Lillicrap
09:03, 28 May 2021

In 2012, a manager came into Chelsea and reinvigorated the club. Roberto Di Matteo inspired the Blues to the FA Cup final and their only Champions League triumph and will forever be heralded as a legend at Stamford Bridge. Sound familiar?

This season, Thomas Tuchel came in as the new boss at the end of January and transformed Chelsea from nearly-men into potential champions. The football at times has been scintillating, with wins against Champions League final opponents Manchester City (twice) and Real Madrid providing hope that nine years on, Chelsea could be crowned kings of Europe once again.

Of course, there are a few slight differences between Tuchel and Di Matteo. The latter was initially only brought in on an interim basis, while he also won his FA Cup final while the current incumbent lost to Leicester City. Tuchel’s experience puts him as one of the top managers in European football while the Chelsea legend only had MK Dons and West Bromwich Albion on his CV before arriving at Stamford Bridge. The fact the Italian has been out of work since 2016 suggests the incredible Chelsea run was perhaps more circumstantial than first thought.

Circumstantial or not, the Blues won that Champions League against all the odds. Di Matteo was the perfect remedy to Andre Villas-Boas’ incessant micro-managing, instead giving the trust back to senior players in a dressing room that included Petr Cech, John Terry, Frank Lampard and Didier Drogba. 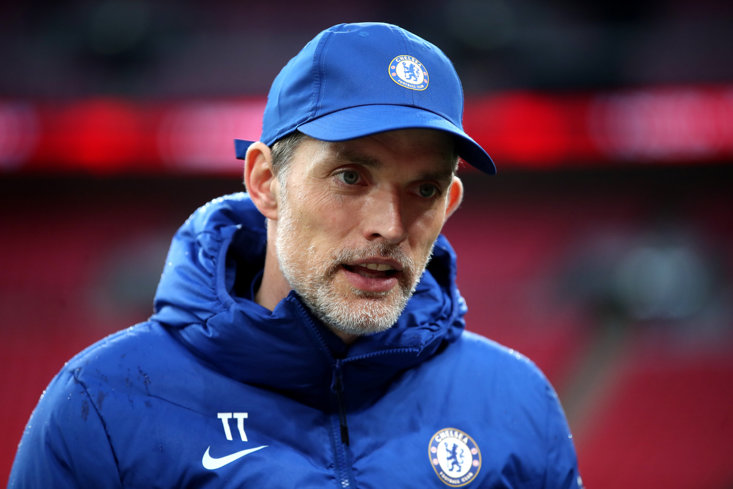 The difference was immediately noticeable. Drogba was leaving at the end of the season and Lampard had been left out of matchday squads as the young boss struggled to deal with the senior members of that volatile Chelsea dressing room. It was not a pleasant or cohesive environment in which the players could perform until Di Matteo turned up.

The simplicity of his instructions, and trust in these professionals was just what these talented players needed. It worked perfectly. After AVB had lost the first leg 3-1, his side rallied to defeat Napoli before beating Benfica in the quarter-finals, but their Nou Camp success typified a team who would die for their manager.

After defeating potentially the greatest team of all time in the year Lionel Messi scored 91 goals, it just felt like the stars had aligned for Chelsea as they defeated Bayern Munich in their own back-yard, thanks to Drogba. Tuchel’s side in recent weeks have not been performing at the same level that they were when he came in, with three defeats in their last four games, yet the Champions League could provide his crowning glory.

After winning the Champions League, Di Matteo was appointed as the permanent Chelsea boss, but lasted just five more months before his dismissal. Roman Ambramovich demands short term success and Tuchel is on the brink of achieving the ultimate goal, but he could also be in danger of being Di Matteo part two - and not lasting long next term.

However, any manager who takes the Chelsea job knows the importance of qualifying for the Champions League and winning trophies. Tuchel has already ticked the first box, despite their clumsy finish to the Premier League season, and it would be a remarkable end to the season, should he beat Pep Guardiola for the third time, and raise the Champions League aloft on Saturday night.

He was never a player at Stamford Bridge like Di Matteo, and he may never capture the hearts of the Chelsea faithful in the same way, but Tuchel will be aiming to follow in his footsteps and write his own name in the history of this football club this weekend.