After topping a group featuring Spain and World Cup foes Croatia, Gareth Southgate’s England exited the UEFA Nations League at the hands of Ronald Koeman’s Netherlands. The final score was 3-1 to the Oranje after extra time, meaning they progress to the final against Portugal at the Estádio do Dragão in Porto on Sunday 9 June. The result of the Semi-Final means England have now lost three of their past four international matches against Holland. There was a salmagundi of stars on show, but some certainly shone more brightly at others. Here are some of the heroes and villains of the hour.

Got the boos from the majority of the 30,000 strong crowd in Guimarães but showed why the peerless defender is rightly in the running for the Ballon d’Or. Won every aerial duel, won every tackle, and registered a 96% pass completion rate. There is simply no better player in his position in the world right now. And think, four years ago he was playing for Celtic.

Chances were fleeting but the teenager was at times the most exciting player on the pitch and even made a mockery of one of the most in-demand players on the planet in Matthijs de Ligt. The Borussia Dortmund winger shrugged off the Netherlands defender and even offered up a cheeky nutmeg, one of the fleeting moments of genuine excellence from The Lions. Not perfect, but certainly encouraging on a difficult night to swallow for England fans.

The France referee showed why he’s probably the best official around today. Controlled the game, stood for no nonsense, and showed remarkable composure in the face of two hardened teams genuinely gunning for the inaugural Nations League trophy. Responded to VAR appropriately, though the decisions were always bound to irk a certain portion of supporters. Should referee every major occasion for the foreseeable. 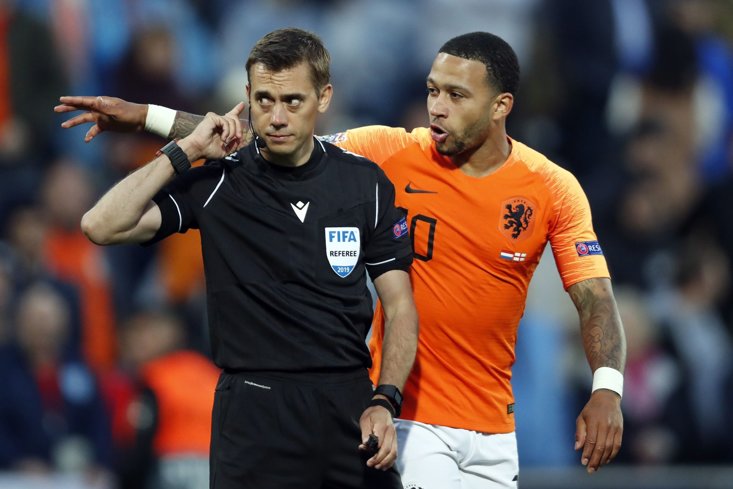 Threatened to undermine the solemn tribute to former UEFA president Lennart Johansson, who helped form the greatest club competition on the planet, the Champions League, with the minute’s silence observed at the Estádio D. Afonso Henriques. The camera panned to an unassuming Babel and his bright pink hair do, which stood out in the solemn moment. Nothing new, but still looks like a right twonk.

This is a £45million defender we’re talking about and one who has confirmed his ongoing descent. Walker had an incredibly abysmal evening which typified his questionable 2018/19 season. Caught out of position and provided simply atrocious passing. Trent Alexander-Arnold may be knackered after his Champions League exploits but fans must have clambering for him to have played at right-back in Portugal.

The love is still there, but his unabashed, unapologetic style was found out at the D. Afonso Henriques. Perhaps poor selections in Manchester City duo Kyle Walker and John Stones, the latter who had fulfilled just two full 90 minute matches in the last 11 domestic league games of the season, were to blame. The decision to insist on playing the ball out short proved costly and should be avoided in the future. It simply does not suit this deal.

England
@England
“It was an absolute rollercoaster, as so many of the big nights with @England are.”
Gareth Southgate has been speaking to @itvfootball after the #ThreeLions were beaten by the Netherlands: