At long last, the extended wait for the start of the Tokyo Olympics is nearly over, and the hype is really beginning to build.

Originally scheduled to take place in the summer of 2020, the Games were put back to 2021 as a result of the Covid-19 pandemic.

For us fans, the additional 12 months wait means that the excitement has built to a crescendo, but it is a very different story for the athletes.

For some, the year delay has allowed for extra time to prepare. For others, loss of form and injury over the last 12 months has scuppered their hopes in Japan.

Let’s take a look at the winners and losers when it comes to the delayed 16-day sporting extravaganza.

First up, the winners…

Isn’t it great to see Andy Murray back enjoying himself on a tennis court? What should have been the Scotsman’s prime years have been stolen from him and he has spent more time on the treatment table than on the court over the last five years.

Let’s not forget that Murray was ranked number one in the world when his injuries first started taking their toll, and who knows how many more Grand Slam titles he would have won has he stayed fit.

It’s looking like three will have to do, although he will always be the first player to win back-to-back Olympic gold medals with his triumphs at London 2012 and Rio 2016.

Not ready just yet to begin reminiscing in retirement, the 34-year-old showed glimpses of his fighting best on route to the third round of this summer’s Wimbledon.

The Games being delayed by a year have given Murray time to get some competitive matches under his belt, and although Novak Djokovic remains the man to beat, the withdrawals of Roger Federer and Rafael Nadal are sure to provide a boost.

When the Tokyo Games were initially due to take place, Sky Brown would have been just 12 years old. Now an experienced teenager with another year of practice under her belt, the 13-year-old is set to become the youngest ever Team GB Olympian. 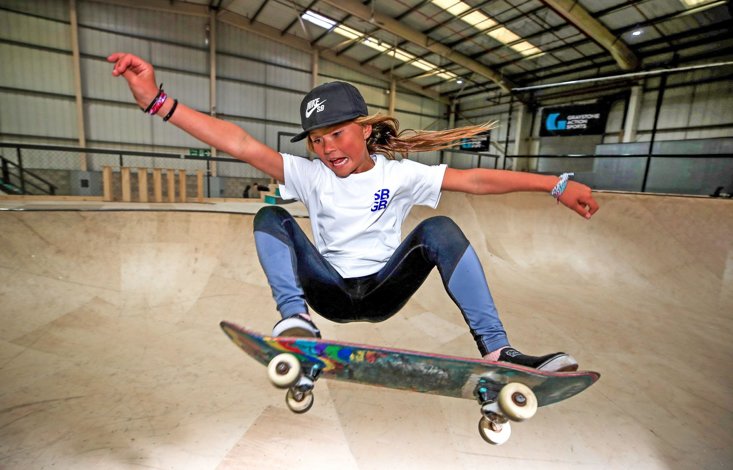 In case you didn’t detect our sarcasm, the Japanese born Brown will have been 13 for just 11 days when the Games get underway on Friday, making her inclusion even more impressive.

Representing Team GB in the women’s park event, the world number three is here to do more than just make up the numbers, she has every chance of winning a medal – something that simply wasn’t possible 12 months ago.

One thing is for sure, you can expect skateboarding to take off on our shores once the young audience have seen Brown compete.

Brilliantly described as the ‘mother of all comebacks’, Helen Glover’s inclusion in Team GB is frankly remarkable.

After winning her second Olympic gold medal with Heather Stanning five years ago, she took time out from the sport to start a family with TV personality Steve Backshall.

She was, like many of us, looking forward to watching the 2020 Games from the comfort of her own home with her young family, but then the world changed, and so did her outlook on rowing.

A 12-month delay gave her time to find her fitness and reignite that love for a rowing. What started out as a ‘lockdown project that got out of hand’ turned into an astonishing comeback that saw her win at the European Championships alongside Polly Swann.

Her career to date means that she can never be written off, but at 35, Olympic glory would be one of the most incredible stories in recent sporting history.

While the delay has given some athletes extra time to prepare and build momentum, it has done the polar opposite for others.

Let’s take a look at three names who will have been cursing their luck when the delay was announced.

Despite declaring herself as ‘fully fit and raring to go’, there can be no denying that Katarina Johnson-Thompson isn’t in the form that she found herself in last summer. 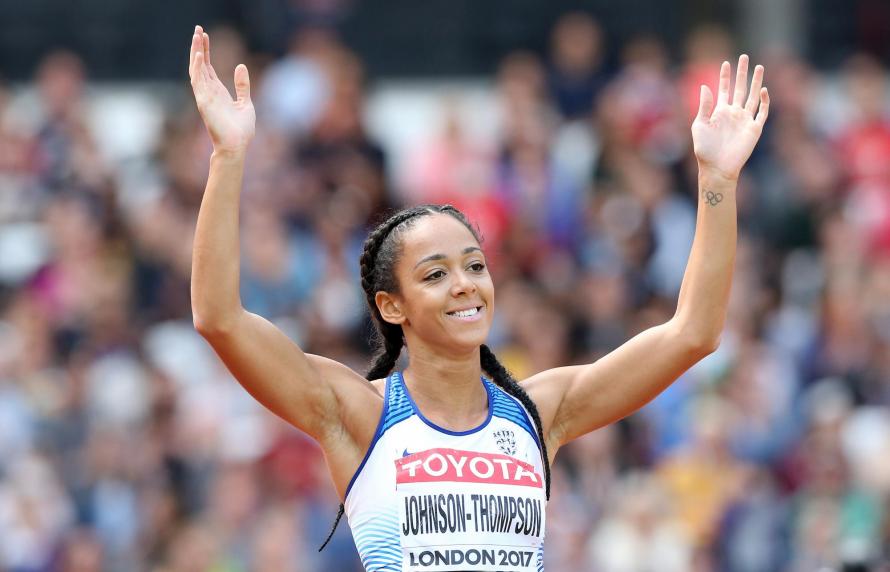 A ruptured Achilles tendon has, quite understandably, left her some way short of the dominant performances that she displayed on her way to the gold medal in Doha two years ago, and time is running out for her to find her best form.

She has appeared in three competitions in the last three weeks, and has struggled to recreate her blistering pre-injury form.

The Olympics tend to bring out the best in struggling athletes, and we sincerely hope the same goes for ‘KJT’.

However, there can be no denying that her medal hopes would have been far greater had the Olympics taken place last summer.

Mo Farah is a legend of track racing.

However, now at 38, a delay at this stage of his career can never be described as a positive.

He was 19 seconds short of the qualifying time for the 10,000m in last month’s Manchester event, and has since admitted to have been ‘struggling for a while’ with a fractured foot.

He insists this isn’t the end, but it is a crying shame to see him miss out this year given that he may well have been a contender 12 months ago.

Much like Glover, Alistair Brownlee saw the year-long delay as an opportunity to push on and secure his place in Team GB this summer.

Another legendary British Olympian, Brownlee won triathlon gold at both the London 2012 and Rio 2016 Games, and harboured ambitions of making it a hat-trick this time around. 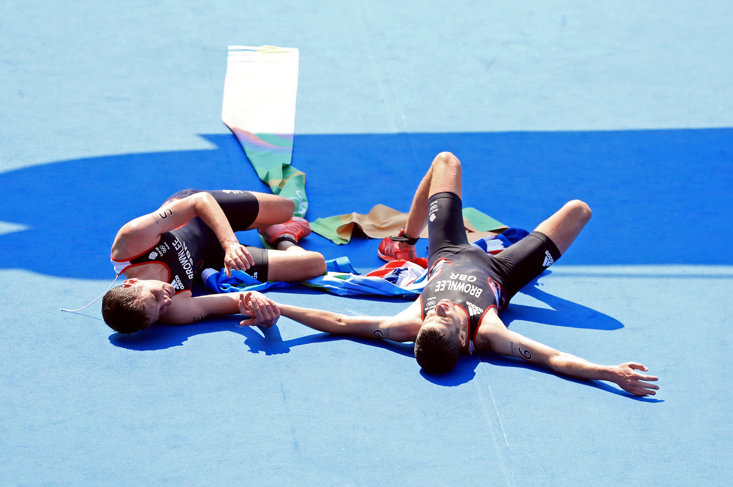 Injuries hampered his chances of winning the required number of races to qualify for Tokyo, and was disqualified for ‘ducking’ in his last shot at qualification in his hometown of Leeds earlier this month.

He will have to settle for cheering on his brother Jonny this year, with the 33-year-old now confirming that his love affair with the Olympics is now over.

x
Suggested Searches:
Manchester United
Liverpool
Manchester City
Marcus Rashford
Premier League
More
sports
CM Punk At 43: The Unconventional Icon Who Was Never Supposed...
CM Punk was never supposed to become one of the biggest stars in wrestling. The AEW game-changer took [ ... ]
sports
''My Ear Was Falling Down My Neck'': IMPACT's Josh Alexander...
When Josh Alexander steps into the ring with IMPACT World Champion Christian Cage tonight, first-time [ ... ]
sports
Tony Khan Books Danielson-Suzuki Dream Match Opposite SmackDown
AEW President Tony Khan announced a pro wrestling dream match last night, revealing that ‘American [ ... ]
sports
From Fury-Wilder III To The Turkish GP, The Sportsman’s 119/1...
The weekend is almost here and The Sportsman are putting together yet another accumulator. With [ ... ]
sports
From Anthony Joshua to Cristiano Ronaldo, The Sportsman’s 2187/1...
The weekend is fast approaching which can only mean one thing, The Sportsman’s weekly accumulator [ ... ]
sports
Prince, Tyson Fury, Jose Mourinho - Sport's Greatest Ever Press...
Nobody does press conferences like the world of sport. Whether it’s Premier League managers directing [ ... ]
sports
How Elite Athletes Like Ronaldo And LeBron Have Adapted Their...
Cristiano Ronaldo’s goal for Manchester United in their 2-1 loss to Young Boys last night showed [ ... ]
sports
Teenage Kicks: Raducanu Joins Elite Group Of Top British Sporting...
Emma Raducanu stunned the world with her incredible US Open final win in straight sets over Leylah Fernandez. [ ... ]
sports
Enter The Dragon: Bryan Danielson Shakes Off ‘Daniel Bryan’
Daniel Bryan is dead. Long live ‘American Dragon’ Bryan Danielson. Whatever you know him [ ... ]
sports
The Shape Of Punk To Come: AEW Return To Chicago For All Out
AEW returns to pay-per-view with All Out on Sunday night, broadcasting live from the Now Arena in Chicago, [ ... ]
sports
Rebuilding Ric Flair: How Vince McMahon And Triple H Saved 'The...
‘Nature Boy’ Ric Flair returned home on Sunday night, when he made his return to the National [ ... ]
sports
The Superhuman Superstars Inspiring A New Generation At The...
The Paralympics are well underway and some of the most inspirational humans the world has to offer are [ ... ]
sports
From Undisputed To A Little Bit Of The Bubbly, Chris Jericho's...
Wrestling legend Chris Jericho will put his career on the line when he faces MJF at AEW All Out on 5th [ ... ]
sports
From Fireworks In France To Disco Demolitions: The Ugliest Conclusions...
Last night we saw the match between OCG Nice and Marseille abandoned as a result of disgraceful behaviour [ ... ]
sports
Many Happy Returns - Becky Lynch And Brock Lesnar Shake SummerSlam
‘Comeback’ was the key word at WWE Summerslam on Saturday night as over 50,000 fans at Allegiant [ ... ]
sports
Sports vs Videogames: When Tyson, Zlatan and LeBron Raged Against...
After a drawn-out legal dispute, Manchester United will be renamed ‘Manchester UFC’ on the [ ... ]
sports
From Ruthless Aggression To Out-Rapping The Rock, John Cena’s...
John Cena takes to the ring on Saturday in his first pay-per-view main event for over three years, when [ ... ]
sports
CM Punk Prepares To Return - Will He Drop Another ‘Pipe Bomb’?
While nothing is 100% sure in the world of pro wrestling, all credible indicators point to the fact [ ... ]
sports
WWE SummerSlam Brings Cena, Edge And More To Nevada
SummerSlam has traditionally been WWE’s second-biggest event of the year, below only WrestleMania [ ... ]
sports
Farewell Tokyo, Hello Paris! How Will Team GB Look At The 2024...
So the curtain has come down on Tokyo 2020 and although this was the ‘extended version’ [ ... ]
sports
Kenny's Keirin, Brown's Bronze & The Sportsman's Highlights...
The Tokyo 2020 Olympic Games might be over but they have left The Sportsman’s team with plenty [ ... ]
sports
Another Astonishing Olympics For Team GB - But Is This The Peak?
We didn’t know if it would even take place, but the sun has set on a Tokyo Olympics that has thrilled [ ... ]
sports
Day 14 Olympics Round-Up: Kenny Becomes First Female Brit To...
We are in the final straight of the spectacle that is Tokyo 2020 and while this great Olympics is drawing [ ... ]
sports
Day Eleven Olympics Round-Up: Thompson-Herah Wins Double-Double...
An astonishing day of Olympic action unfolded in the Japanese capital as there were more golds for Team [ ... ]
sports
Mixed Events Are Here To Stay After Team GB's Tokyo Olympics...
Tokyo 2020 has seen the introduction of some new encapsulating mixed events that could be the future [ ... ]
sports
Italy Continue To Defy The Odds As Perfect Summer Continues...
There could be no such thing as the perfect summer of sport, but if there is, Italy are experiencing [ ... ]
sports
Day Ten Olympics Round-Up: GB Win Eventing Gold As Simone Biles...
Day 10 of Tokyo 2020 had plenty to offer as Team GB claimed another gold to add to their impressive [ ... ]
sports
Day Eight Olympics Round-Up: Relay Gold For Team GB Despite...
Team GB enjoyed more success on day eight of Tokyo 2020 as further history has been made in these historic [ ... ]
sports
From Dina To Daley, Here's What's In Store For Week Two At Tokyo...
The first week of Tokyo 2020 has been full of excitement and has produced some great entertainment. [ ... ]
sports
Day Five Olympics Round-Up: Mallory Franklin Takes Silver In...
Day six of Tokyo 2020 brought more excitement and Great Britain managed to pick up a few more medals [ ... ]