Jai Opetaia upset Mairis Briedis to capture the IBF and The Ring cruiserweight titles on Saturday. The 27-year-old raced into an early lead before holding off late pressure from the champion to take a unanimous decision. Opetaia is the latest Australian boxer to burst onto the global scene, following in a lineage of proud world champions from the nation. Kostya Tyszu, Jeff Fenech, Vic Darchinyan and Lionel Rose are just some of the iconic Aussies to lift world titles.

To celebrate Opetaia’s incredible title win, here are some of the other Australians making waves in boxing today.

Like Opetaia, Kambosos burst onto the scene by scoring an upset win over the consensus champion in his division. ‘Ferocious’ stunned Teofimo Lopez to take the WBA, WBO, IBF and The Ring lightweight titles last November. Kambosos was majestic in defeating a fighter many had pegged as a future pound-for-pound number one.

Kambosos lost the belts to Devin Haney in Melbourne last month, but looks set to land a rematch. Whether he gets the redemption he seeks or not, there is no doubting his world class credentials.

Life in the squared circle is not easy for famous sons and daughters, but so far Tim is doing his legendary father Kostya proud. The 27-year-old super welterweight is 21-0 with 15 knockouts, and looks poised for a world championship shot. Former title challenger and Olympian Terrell Gausha was defeated last time out, setting the stage for Tim to become the second Tsyzu to land a world championship.

Who could forget ‘The Blonde Bomber’? While she may be an adopted Yorkshirewoman now due to her allegiance to Leeds United and frequent UK fights, she remains an Aussie through-and-through. Bridges has had to overcome battles not only in the ring, but from her detractors outside of it. The 35-year-old made a mockery of her critics last time out, winning the IBF bantamweight championship from Maria Cecilia Roman. 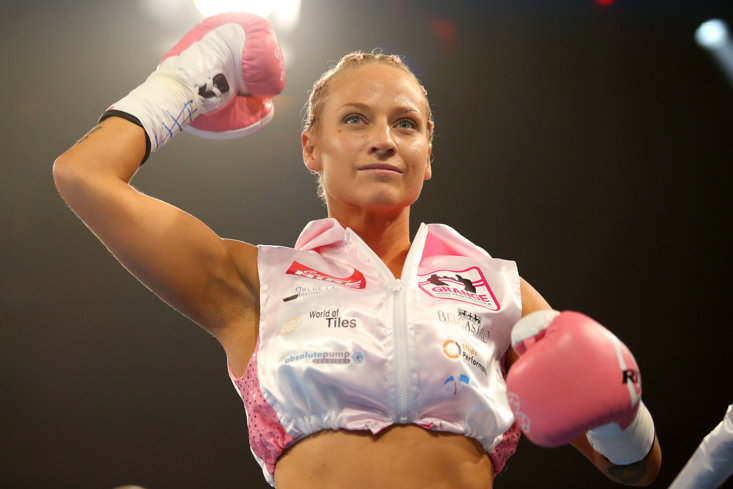 There’s double trouble with our next entry, as twin brothers Andrew and Jason take centre stage. Both were decorated amateurs. Jason beat Michael Conlan at the 2010 Commonwealth Games, while Andrew took gold at the same competition four years later.

Both have mixed at the elite level in the professional ranks. Jason has challenged for two world titles at bantamweight, losing to Naoya Inoue and Emmanuel Rodriguez. Meanwhile Andrew went one better, reigning as WBA super flyweight champion in 2020. At the age of 31, and both riding three-fight winning streaks, expect these pugilistic wonder-twins to be competing for titles again in the future.

Just six fights into his career, ‘JPH’ is already being earmarked as a star of the future. After winning bronze at the 2019 World Championships, Huni has gone 6-0 since turning professional. The 23-year-old is the reigning Australian heavyweight champion and hit headlines in his homeland for stopping rugby league star-turned-boxer Paul Gallen in 2021. Considering Gallen had beaten former WBA heavyweight champion Lucas Browne in one round in his previous outing, the victory bodes well for Huni.